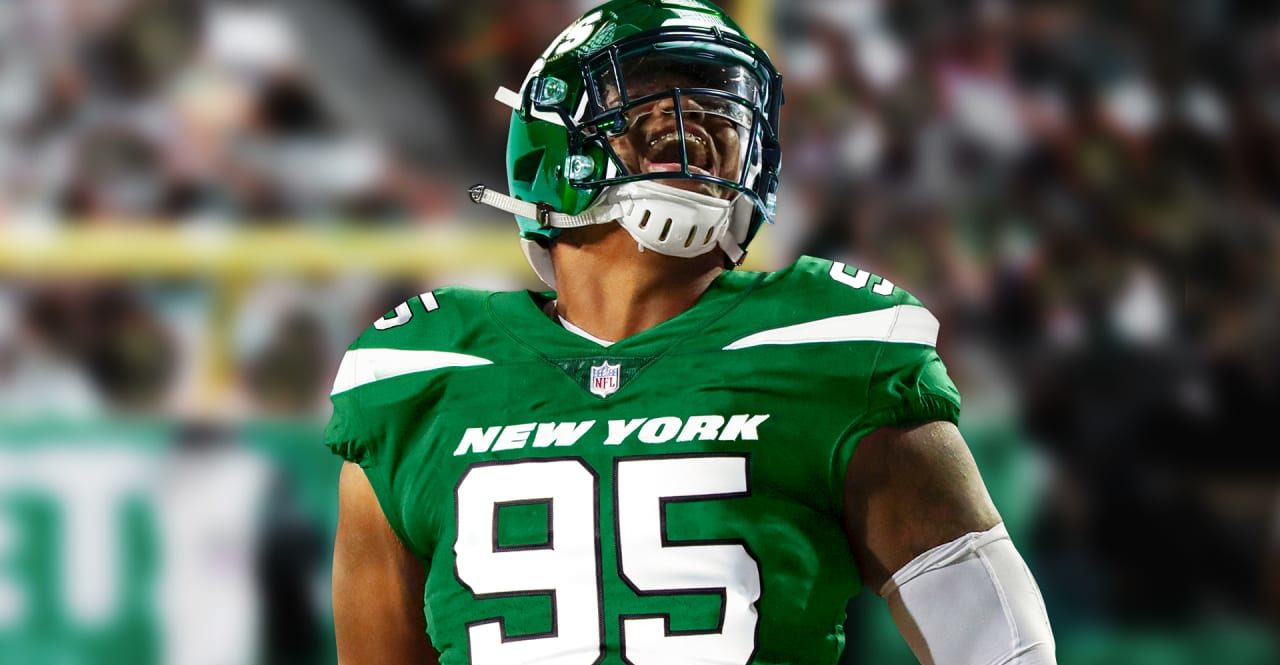 Coming off of a 7-9 season and a 6-2 second half, there are plenty of reasons for optimism going into 2020 for the New York Jets.

General manager Joe Douglas filled needs to the satisfaction of many fans through the draft and free agency. Entering the third year of the Sam Darnold era, there are still a ton of unknowns on the roster, however.

Douglas filled the roster with high-upside players who have the risk of playing far below their potential. In a multi-part series, we’ll be ranking the most important Jets entering the season. Here is a breakdown of the Jets personnel ranked by value, 11-20:

In exchange for one of their sixth-round picks, the Jets picked up Wilson from the Indianapolis Colts. Wilson flashed potential during his first two seasons, but enters the final year of his rookie contract coming off of a rough, injury-riddled 2019. Wilson could be a starter on the outside if he shows in training camp that he can bounce back. At the very least, he provides depth at a position that needs volume in today’s NFL.

McLendon, now in his fifth year with the Jets, was determined by Pro Football Focus to be the team’s most underrated player. However, in a league that is becoming a much more pass-driven game, run-stuffing nose tackles are losing their value. McLendon provides value in being one of the better players at his position in the NFL, but the lack of ability to rush the passer makes it limited.

For the first time in a while, the Jets have a backup quarterback that is capable of moving the ball consistently. Additionally, there is no position in football close to as valuable as the man under center. While Flacco’s better days are behind him, Douglas’ new free agent acquisition allows the Jets to stay competitive if Darnold misses more games.

Desir is another former ex-Colt defensive back that Douglas signed as a free agent this offseason. He thrives most in press coverage, but his aggressiveness will still allow for success in defensive coordinator Gregg Williams’ zone based scheme. Desir has never had astounding coverage grades in his six-year career, but should be another solid piece in the Jets’ secondary.

Williams had an extremely disappointing rookie season. However the former third overall pick has a ton of potential to break out and have a big year. It is not guaranteed, but a promising sign from Williams’ college tape is that he can rush the passer. Getting pressure on the quarterback is a dire need for the Jets, so Williams could be a key piece to their roster in 2020.

Although he missed almost the entire 2019 season due to injury and suspension, Herndon could be one of the main targets in the Jets’ offense. He has never been the best blocker, but in his rookie season in 2018, he caught 39 passes for over 500 yards and four touchdowns. Herndon is not one of the league’s premier tight ends, but it will be huge for a relatively weak Jets receiving corps to have him as a pass-catching option.

Anderson is another Jet who had a disappointing season in 2019 despite high expectations. He is a good run-stopper, but provided the most value during his seven-sack season in 2018. Now in his sixth year in the NFL and his third with the Jets, Anderson will look to build off of what he has done in the past and round out a Jets defensive line with a ton of potential.

Perriman is far from one of the more highly-touted receivers in the league. However, he is a high-upside player at a premium position. Over the first four years of his career, Perriman bounced around, but had his best season for the Tampa Bay Buccaneers last year, hauling in six touchdown passes and accounting for over 650 yards. He’s not a consistent short-yardage target, but Perriman could certainly make big plays as he averaged 19 yards per catch over the past two seasons.

McGovern played for the Denver Broncos for the entirety of his rookie contract and had a breakout season in 2019. He enters his first season with the Jets as one of their top offensive linemen. This is a position with a ton of unknowns but McGovern’s 82.5 pass block grade (fifth among NFL centers, according to Pro Football Focus) last season is certainly promising. His run blocking grades have been below average, but that is trade-off that Douglas is content to take.

The Jets’ 11th overall selection in this year’s draft was certainly a boom-or-bust pick. While more reliable players would be better in building an offensive line, Becton has the potential to be one of the best tackles in the league. His large 6-foot-7, 360-pound frame could allow him to make a major impact, especially considering he is expected to play left tackle — the most important spot on an offensive line. For New York, that is a position that has struggled.

There are a ton of unknown pieces in this group of Jets players. If they pan out to their full potential, the Jets may surprise people this season, but there is a still a high possibility of disappointment. Douglas has shown that his strategy is to sign these types of players to short-term contracts, and give long-term extensions if they prove to be worthy.