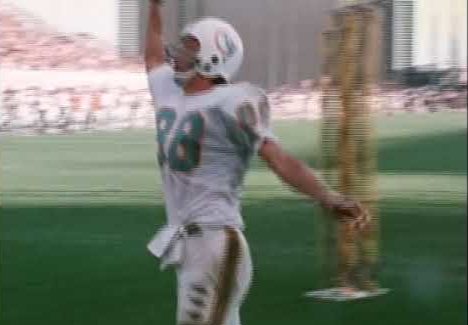 As many are aware, the last Super Bowl victory for the Miami Dolphins came against the Minnesota Vikings to cap the 1973 season. Most are also aware that the year prior, the Dolphins completed the NFL’s first and only perfect season.

The toughest test and the biggest comeback along the way during the perfect season came against Minnesota. It also came on this day 50 years ago.

Fresh off a Super Bowl loss, the Dolphins were 2-0 as they arrived at Metropolitan Stadium on Oct. 1, 1972. Miami’s first two wins had come by double digits.

Minnesota was 1-1 and looking to get over .500 for the first time. As the clocked ticked under five minutes to go, it looked as though the Vikings would do just that.

With less than five minutes to play in Minneapolis, the Dolphins trailed by two scores. At the time, there was no 2-point conversion in the NFL. Miami was on the short end of a 14-6 score.

Minnesota led 7-6 after three quarters, thanks to a 56-yard touchdown pass early from Fran Tarkenton to John Gilliam. Bill Brown’s touchdown run in the fourth quarter pushed the lead to eight.

Facing 4th-and-3 from the Minnesota 44-yard-line, Miami head coach Don Shula had a decision to make. He sent out kicker Garo Yempremian to try a 51-yard field goal. Yepremian was 2-for-3 on the day, but to that point in his career, Yepremian had never hit a kick from 50 yards or beyond. With 4:15 left, his attempt was good and the deficit was down to five.

The Dolphins forced a 3-and-out and took over at their own 41-yard-line with just over two minutes to play. On the second play of the drive, it was a controversial call that would move Miami into Minnesota territory.

As quarterback Bob Griese fired for Paul Warfield on 2nd-and-8, it appeared that the All-Pro receiver had merely dropped the ball, but pass interference was called on Minnesota’s Bob Lurtsema. Following a 14-yard run by Mercury Morris and a pair of completions from Griese to Howard Twilley, a 3-yard touchdown toss from Griese to tight end Jim Mandich put the Dolphins up for the first time with 1:28 remaining.

On the game’s final play, Lloyd Mumphord intercepted Tarkenton to seal the win. It was Miami’s third interception of the contest.

Despite the 1-2 start, Minnesota bounced back to win six of its next eight games. The Vikings ultimately dropped their final two contests to finish 7-7.

Miami rallied from fourth-quarter deficits on more than one occasion in 1972. The only time that it erased a 2-score deficit, however, came in Minnesota. It also came on this day a half-century ago.