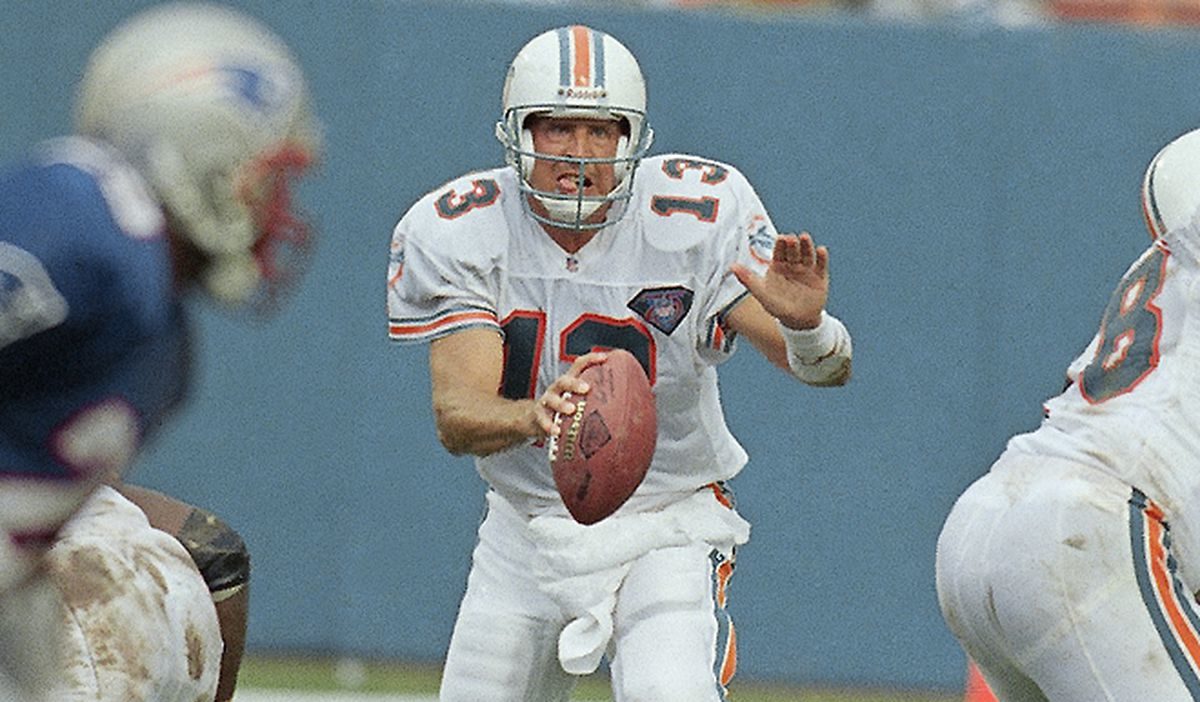 Last week, the 2022 NFL schedule was released. For the third time in as many years, the Miami Dolphins will open with the New England Patriots.

After beginning the 2020 and 2021 seasons in Foxborough, the Patriots will head to Hard Rock Stadium for the Sept. 11 opener. Over the years, Miami and New England have hardly been strangers in Week 1.

Here’s a look at the top six moments for the Dolphins against New England in Week 1:

Miami Dolphins 17, New England Patriots 16
Sept. 12, 2021
Entering the 2021 season opener, all the storylines revolved around the quarterbacks. New England rookie Mac Jones had succeeded Miami’s second-year quarterback Tua Tagovailoa at Alabama. Both delivered the Crimson Tide national championships. Jones was statistically better than Tagovailoa in the first meeting, but Tagovailoa accounted for two touchdowns. The Patriots managed just one. Despite that, New England was driving to take the lead with just over three minutes to play. Inside the Miami 15-yard-yard, New England running back Damien Harris was stripped by Dolphins standout cornerback Xavien Howard. Howard recovered the fumble and the Dolphins picked up two first downs to seal the victory.

Miami Dolphins 14, Boston Patriots 27
Sept. 20, 1970
The Miami Dolphins had a losing record in each of their first four seasons as a franchise when Don Shula took over in 1970. Unfortunately for the Dolphins, it didn’t begin on a high note. The Patriots scored the game’s final 24 points to turn a 14-3 Miami lead into a 13-point Boston victory. Boston came up with eight sacks and forced three turnovers while holding the Dolphins to 214 total yards in the win. At 0-1, it would be the only time in Shula’s tenure that he had a losing record with Miami and it would last just a week. The Dolphins won their next four games and eight of their next 10 meetings with the Patriots.

New England Patriots 10, Miami Dolphins 24
Sept. 1, 1996
Don Shula wasn’t the only Miami head coach to make his Dolphins’ debut against the Patriots. His successor, Jimmy Johnson, did as well. In Johnson’s case, the contest ended in victory. Miami put forward a dominant defensive effort, holding the Patriots to 229 yards of offense and forcing four turnovers. Louis Oliver and Terrell Buckley each had interceptions for Miami while Sean Hill scored a defensive touchdown. Karim Abdul-Jabbar rushed for 115 yards and a touchdown in the win.

3. Defense Dominates Patriots in Second Half

New England Patriots 20, Miami Dolphins 33
Sept. 7, 2014
The last Week 1 meeting between the teams in South Florida was a tail of two halves. Miami trailed 20-10 at the break, but held New England to fewer than 50 yards in the second half and scored the game’s final 23 points. Ryan Tannehill passed for a pair of touchdowns in the win while Knowshon Moreno rushed for 134 yards and a score in his Dolphins’ debut. Defensive end Cameron Wake had two sacks and a pair of forced fumbles in the victory.

2. Dolphins Rally from 15 Down in Foxborough

Miami Dolphins 27, New England Patriots 24
Sept. 9, 1990
The biggest Week 1 comeback in Miami history came against New England to open the 1990 season. The Dolphins trailed 21-6 late in the second quarter, but rallied for a thrilling victory. Quarterback Dan Marino overcame three interceptions to pass for 255 yards and lead a game-winning drive. With less than two minutes to go, Marino rolled out before throwing across his body to fullback Tony Paige for the winning touchdown. New England kicker Jason Staurovsky had a chance to tie the game in the final seconds, but his 57-yard field goal attempt fell short. Sammie Smith rushed for 159 yards in the win. Jeff Cross tallied a pair of sacks for the Dolphins.

New England Patriots 35, Miami Dolphins 39
Sept. 4, 1994
A promising 1993 season took a big hit for the Miami Dolphins in October as All-Pro quarterback Dan Marino went down with a season-ending Achilles tendon tear in a win over the Cleveland Browns. The injury forced Marino to miss the final 11 games of the 1993 season and put into question whether or not he would ever be the same. He silenced those doubters with a Week 1 performance for the ages to kick off the 1994 season. Marino finished with 473 yards passing and five touchdowns to lead the Dolphins from 11 points down to top the Patriots. Miami trailed 35-32 with less than 3 1/2 minutes to play as the Dolphins faced 4th-and-5 from the Patriots’ 35-yard-line. The Dolphins kept the kicker on the sideline and instead put the ball in Marino’s hands. He responded with a perfect 35-yard touchdown toss to Irving Fryar to put Miami ahead for good. Fryar, former Patriot, finished with 211 yards receiving and three touchdowns. New England’s Drew Bledsoe threw for 421 yards and four touchdowns in the loss.

EDITOR’s NOTE: Portions of this post were used in a similar article last year.