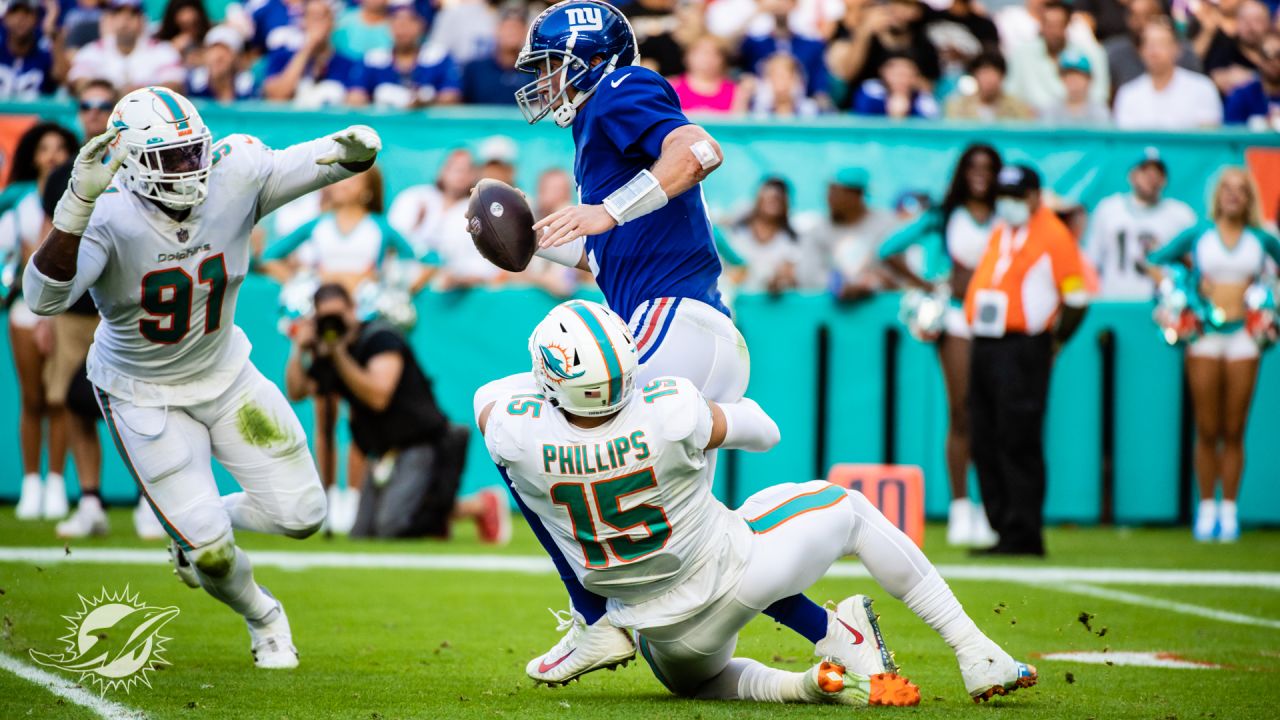 The calendar turn from October to November has brought forth not only a time change, but a completely different Miami Dolphins’ team.

Since a 1-7 start, Miami has now won five straight games. The Dolphins extended their winning streak on Sunday with a 20-9 victory over the New York Giants at Hard Rock Stadium.

Miami now sits at 6-7 and will get a week off before hosting the New York Jets. Before that happens, here are five “Fin”teresting facts from Sunday’s victory over the Giants:

They will likely need to win their final four games, but the Miami Dolphins are suddenly alive for a playoff berth. This marks the second straight season that the Dolphins have responded from a tough start with five straight wins. After going 1-3 to begin last season, Miami proceeded to go on a 5-game winning streak. The last time that the Dolphins had 5-game winning streaks in consecutive years was 1992 and 1993.

2. A Giant Losing Streak to the Giants

Although the teams rarely meet, Sunday’s victory marked the first win for the Dolphins over the New York Giants since 2003. For perspective’s sake, that was the year prior to quarterback Eli Manning’s rookie season in New York. The Giants had won the previous four matchups in the series.

A rookie from Miami, Phillips’ sacks came on back-to-back plays in the third quarter. Phillips now ranks 11th in the NFL in sacks. Among rookies, only the Dallas Cowboys’ Micah Parsons has more.

Miami Dolphins’ punter Michael Palardy is closer to the bottom of the league in yards per punt than he is the top. On Sunday however, Palardy had the longest punt of his career. Palardy’s 65-yard boot early in the third quarter bested his previous high from 2017 as a member of the Carolina Panthers by two yards. It was the longest punt by a Miami player since Matt Haack hit a 65-yarder in the 2018 season opener against the Tennessee Titans.