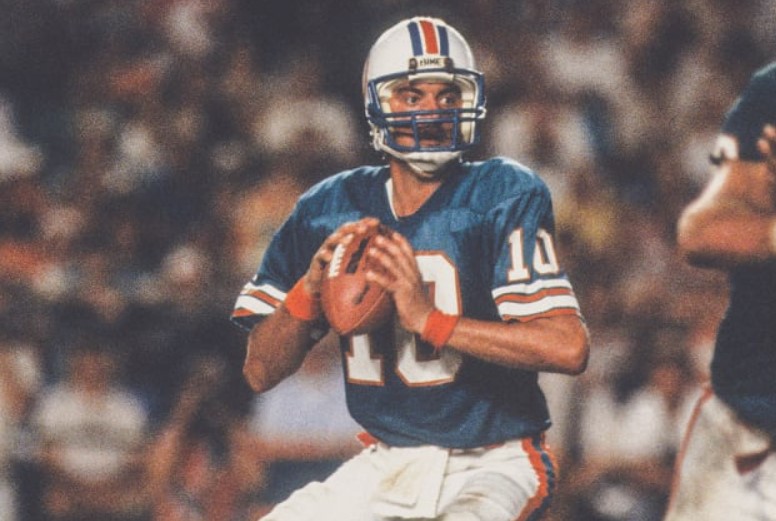 Over the course of their time as a franchise, the Miami Dolphins have been fortunate to have some outstanding backup quarterbacks.

Recently, there was Ryan Fitzpatrick. Earl Morrall started the majority of the games during the 1972 perfect season.

Perhaps no one however, was more reliable off the bench than Don Strock. On this day 40 years ago, he came in relief to lead the Dolphins past the Philadelphia Eagles on Monday Night Football, 13-10.

At 9-3, the Philadelphia Eagles were looking to stay tied atop the NFC East as they arrived at the Orange Bowl on Nov. 30, 1981. Following a 7-1 start, the Eagles had split their previous four games and were coming off a loss to the New York Giants.

Miami was 7-4-1 and looking to end a 2-game losing streak. For most of the night, it appeared that streak would hit three.

For more than three quarters, all the Dolphins had managed was a field goal. Miami was on the short end of a 10-3 score when Strock was called upon to replace an ineffective David Woodley early in the fourth.

The first possession for Strock ended in a punt. The next two however, culminated in scores.

Strock finished the night 4-for-6 passing. All four completions came on the same drive and all went to Duriel Harris as Miami went 69 yards for the tying touchdown. A roughing the passer penalty on Philadelphia aided the drive, but on 4th-and-4, Strock delivered a strike to Harris who went the final seven yards for the 17-yard touchdown.

With the score knotted 10-10 and more than five minutes remaining, the defense and special teams reenergized. On the third play of the ensuing drive, Lyle Blackwood picked off Eagles’ quarterback Ron Jaworski to set the Dolphins up inside the Philadelphia 35-yard-line.

The Dolphins stuck to the run and were able to melt most of the clock before Uwe von Schamann’s 27-yard field goal with 1:04 to play put them ahead for good. Philadelphia’s Wally Henry fumbled the ensuing kickoff and Miami recovered before running out the clock.

Prior to the fourth quarter, a 1-yard run by Philadelphia’s Wilbert Montgomery would account for the only touchdown.

The victory turned out to be a big one as the Dolphins finished one game better, at 11-4-1, than the New York Jets in a highly-competitive AFC East. They would ultimately lose to the San Diego Chargers in a memorable AFC Divisional game.

After reaching the Super Bowl the year prior, Philadelphia would circle the wagons and finish 10-6. The Eagles ultimately fell to the New York Giants in the NFC Wild Card game.

Strock would start just one game during the 1981 season and it came before leading the Dolphins past the Eagles in thrilling fashion. That comeback came on a warm night in Miami on this day 40 years ago.