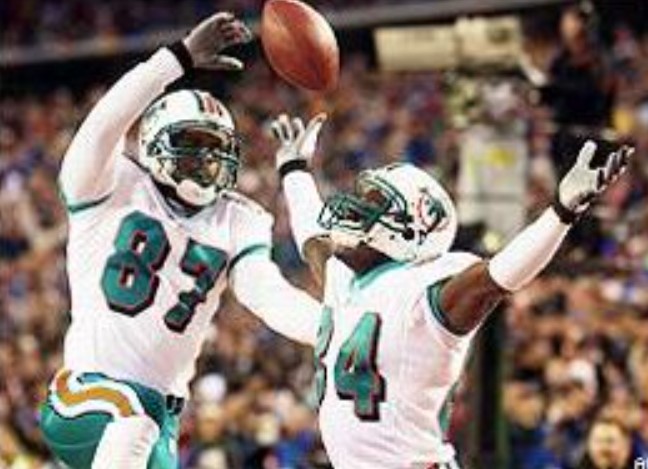 Dave Wannstedt’s Miami Dolphins teams were always known more for their defense than their offense. The offense however, could turn it on when it needed to.

On this day 20 years ago, the Buffalo Bills learned that firsthand. Miami scored 24 points in the fourth quarter, including 17 over the final 4:07, to stun the Bills, 34-27.

On paper, the Nov. 25, 2001 contest seemed like one the Dolphins would win easily. Miami arrived at Ralph Wilson Stadium with a 6-3 record. The Dolphins were shut out by the New York Jets the week before and trying to avoid a second straight loss.

Buffalo was just 1-8 and had lost four straight games. For most of the day, the Bills didn’t look like a 1-8 team.

A pair of touchdown passes from Buffalo quarterback Alex Van Pelt helped the Bills take a 21-10 lead into the final quarter. The Dolphins needed just one play into the fourth quarter to draw to within four as Jay Fiedler found Jed Weaver for an 8-yard touchdown.

The lead was just 21-17, but hope appeared to be dwindling when Buffalo’s Travis Henry capped a 71-yard drive with an 8-yard touchdown run. At the midway point in the final quarter, Miami trailed 27-17.

With less than five minutes to play, the Dolphins seemed doomed as they faced 4th-and-14 from the Buffalo 38-yard-line. A 16-yard strike from Fiedler to Dedric Ward would keep hope alive. One play later, the Miami quarterback found Chris Chambers for a 22-yard touchdown.

The Miami defense forced a 3-and-out and promptly moved into field goal range as Fiedler completed passes for first downs to Chambers and Travis Minor. The drive would stall, but with less than two minutes remaining, Olindo Mare’s 39-yard field goal tied the game at 27.

On the ensuing kickoff, Buffalo’s Nate Clements had a promising return, but he failed to do one thing — secure the football. His fumble was recovered by Miami’s Patrick Surtain and the Dolphins were in business.

Starting at the Bills’ 42-yard-line, Miami needed just a field goal, but conservative was not in their vocabulary. Following a 10-yard completion from Fiedler to Chambers, the two hooked up for a 32-yard touchdown on an acrobatic catch with just 48 seconds remaining.

The Bills reached Miami territory on the final possession on a 20-yard completion from Van Pelt to Eric Moulds, who had previously hauled in touchdowns of 80 and 54 yards. Buffalo however, was unable to get off another snap.

Van Pelt passed for 309 yards for Buffalo in the loss while Fiedler threw for 260 in the win. Henry led all rushers with 97 yards on the ground.

Miami would go on to finish 11-5 and make the playoffs for a fifth straight year. The Bills finished just 3-13 with two losses to the Dolphins.

Over the course of the 2001 season, the Dolphins rallied from fourth-quarter deficits to win five times. The largest of those came on this day two decades ago.