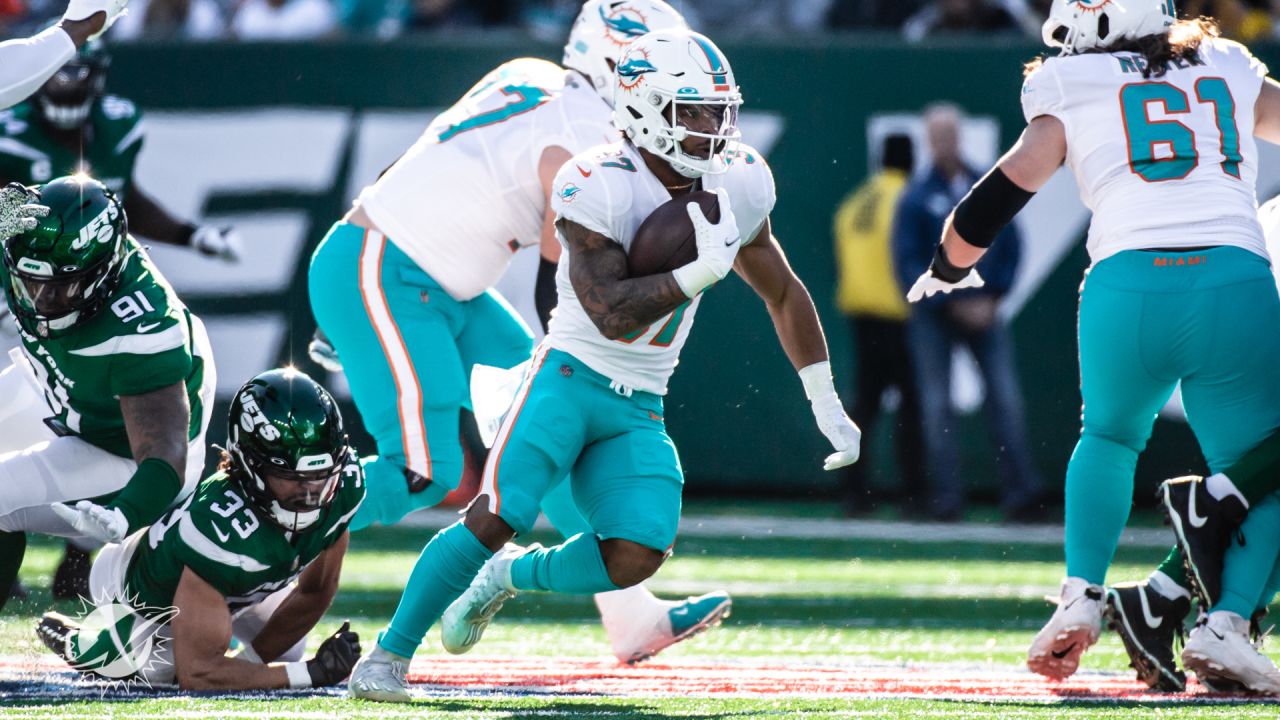 The Miami Dolphins’ 7-game losing streak seems so long ago.

Miami ran its winning streak to three on Sunday with a 24-17 win over the New York Jets. It was the Dolphins’ first road win since the season opener as they improved to 4-7 on the season.

Miami will chase a fourth straight win as it heads home to host the Carolina Panthers. Before it does, here are five “Fin”teresting facts from Sunday’s victory:

Miami Dolphins’ rookie wide receiver Jaylen Waddle has been an impact player this season. On Sunday, he had another career-first. Waddle capped the opening drive for Miami with a 1-yard touchdown run. It served as the first rushing touchdown of his career. Among Dolphins, Myles Gaskin is the only other player to rush for and catch a touchdown this season.

Sunday’s victory served as the third straight win for the Dolphins over the New York Jets and fourth in three seasons under head coach Brian Flores. With a 4-1 record against the Jets, Flores has more wins during his Miami tenure against New York than any other team.

For wide receiver Mack Hollins, Sunday was a day to remember. In the 24-17 win, Hollins set a new career-high for receiving yards in a game and also hauled in the longest catch of his career. On just two catches, Hollins finished with 72 yards receiving, which included a 65-yard touchdown reception from quarterback Tua Tagovailoa.

Prior to last week, the Dolphins didn’t have a single play longer than 50 yards. Over the last two games, they have three. The 65-yard third-quarter touchdown catch that gave Miami a 14-7 lead was the longest of Hollins’ career and the longest play for the Dolphins this season.

The Dolphins and Jets meet twice each season, but Sunday’s contest marked the first time in four games between the teams where both scored touchdowns. In two Miami victories last season, the Jets managed just one total field goal or three total points.

With a largely depleted backfield, Myles Gaskin carried the load for the Miami ground attack on Sunday. Gaskin carried the ball a career-high 23 times and rushed for a season-high 89 yards. He finished just two yards shy of a career-best. Gaskin was instrumental in helping the Dolphins melt valuable time off the clock over the final two drives. He also caught three passes for seven yards and a touchdown.