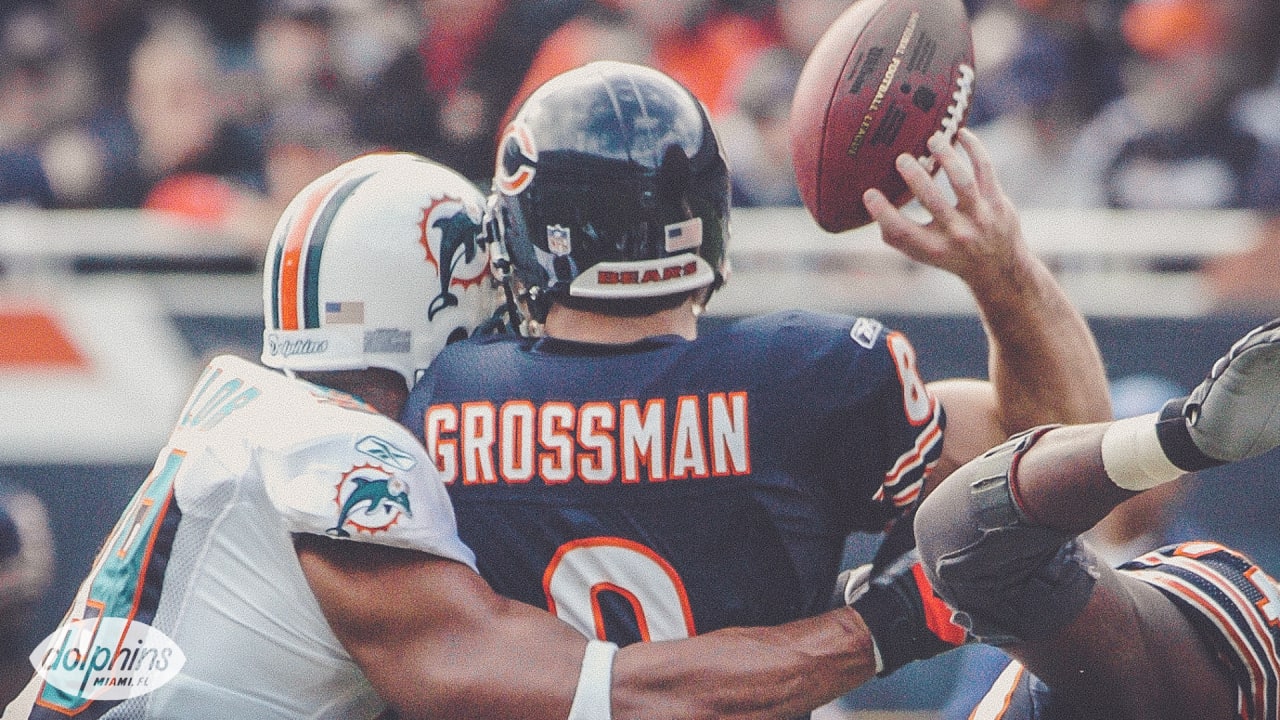 Ask anyone about the Miami Dolphins’ defeat of the undefeated Chicago Bears and it’s the 1985 Monday Night Football contest at the old Orange Bowl that comes to mind.

That however, isn’t the only time that the Dolphins have ruined the Bears’ hopes of a perfect season. On this day 15 years ago, a struggling Miami team went to Chicago and embarrassed the Bears, 31-13.

It would have been harder for Miami and Chicago to further apart as the teams met at Solider Field on Nov. 5, 2006. The Dolphins had lost four straight games and came in with a record of just 1-6.

The Bears, on the other hand, were the last undefeated team in football at a perfect 7-0. Chicago had just blown out the San Francisco 49ers and few were expecting much resistance from Miami.

The teams were separated by just six total yards on the day. Neither hit the 300-yard mark, but six forced turnovers by the Dolphins was the difference. Those miscues led to 21 points for Miami.

A field goal by Chicago kicker Robbie Gould accounted for all the first-quarter scoring, but the Dolphins took control in the second with two touchdowns in a span of 15 seconds. After Joey Harrington tossed a 5-yard touchdown pass to Marty Booker to take the lead, defensive end Jason Taylor extended the Dolphins’ advantage to 14-3 on the very next play. Taylor, who would go on to win NFL Defensive Player of the Year, was able to make an incredible interception on a pass from quarterback Rex Grossman and returned it 20 yards for the score.

Grossman found Mushin Muhammad for a touchdown late in the first half to cut the deficit to 14-10. On the first play of the third quarter however, the Dolphins forced another Chicago miscue.

After hauling in a pass from Grossman, Bears’ wide receiver Justin Gage was stripped by safety Yeremiah Bell. The Dolphins recovered and were in the end zone three plays later as Harrington found Wes Welker for a 6-yard touchdown.

Gould’s second field goal cut the lead to 21-13 late in the third quarter, but Renaldo Hill’s pick of Grossman early in the fourth set up another score for the Dolphins. On the very next play, Harrington and Chris Chambers hooked up for a 24-yard touchdown.

That would be Chicago’s final turnover of the day, but the next two drives for the Bears ended on downs. The Dolphins used a long drive that ate nearly five minutes off the clock to help put the game away. Kicker Olindo Mare wrapped up the scoring with a short field goal with just over a minute to play.

Although Harrington passed for each of Miami’s three offensive touchdowns, Ronnie Brown powered the Dolphins with 157 yards rushing on 29 carries. In addition to Taylor and Hill, Jason Allen also had an interception for Miami. Taylor added a sack in the win.

Grossman passed for 210 yards, but was picked off three times and also lost a fumble. Alex Brown and Nathan Vasher each picked off Harrington in the loss. Brian Urlacher led the Bears with 12 tackles.

The loss would hardly be a hindrance for Chicago. The Bears would finish 13-3 and reach the Super Bowl for the first time in 21 years before falling to the Indianapolis Colts in Miami, 29-17.

Miami managed to finish just 6-10, but had some very impressive victories. One of those came on this day 15 years ago.