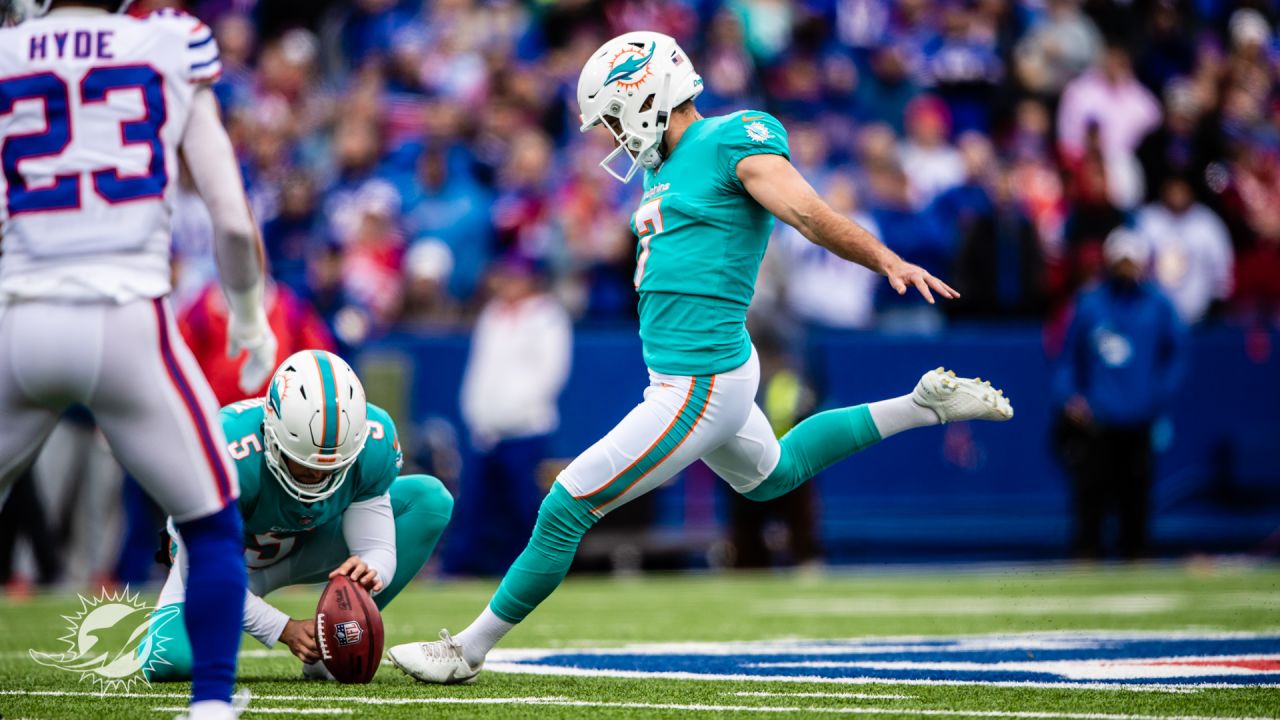 The losing streak for the Miami Dolphins hit seven on Sunday.

Miami kept things interesting for most of the day, but in the end, the Buffalo Bills were just too much. The victory in Orchard Park was the seventh straight over the Dolphins.

With the 26-11 loss, the Dolphins fall to 1-7. Miami will return home on Sunday to take on the Houston Texans.

Before it does, here are five “Fin”teresting Facts from Sunday’s defeat:

Quarterback Tua Tagovailoa accounted for the Dolphins’ only touchdown on Sunday, but it didn’t come with his arm. Tagovailoa scored on a sneak for a 1-yard touchdown run in the fourth quarter. The rushing score was the second this season for Tagovailoa, giving him the team lead in that category. With five rushing touchdowns for his career, Tagovailoa is sixth all-time among Miami quarterbacks.

The Miami Dolphins played very well defensively in the first half. One thing that unit did not do on Sunday was record a sack. It marked the first time this season that the Dolphins failed to get to the opposing quarterback. Miami failed to register a sack just once all of last season and that came in a 20-13 loss to the Denver Broncos.

In 2020, Miami kicker Jason Sanders was one of the NFL’s best. The 2021 season however, has not brought a repeat performance. After missing just three field goals in 39 tries last season, Sanders has already missed four in 11 attempts this season. On the opening drive Sunday, Sanders hooked a 36-yard attempt to the right. It marked just the second time in his career that he missed a field from inside of 40 yards. His first such miss came from 34 yards away on a day where he hit seven field goals in a 22-21 loss to the New York Jets in 2019.