Five Finteresting Facts: Dolphins Get Blasted by Bucs in Tampa, 45-17 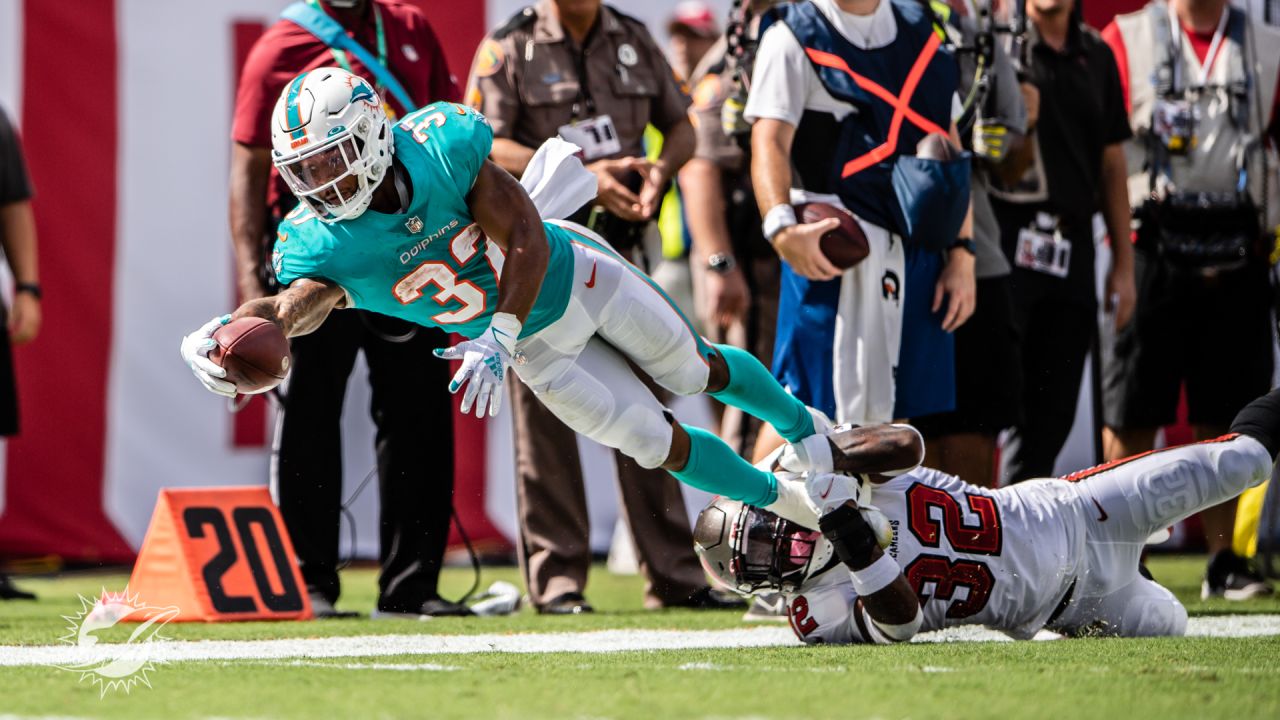 The Dolphins actually got off to a strong start and hung around until the third quarter, but had no answer for Tom Brady and the Tampa Bay offense. With the loss, Miami falls to 1-4.

The Dolphins will now head to London to take on the Jacksonville Jaguars. Before they do, here are five “Fin”teresting facts from Sunday’s debacle:

The number 26. The Tampa Bay Buccaneers know it too well. That’s how many consecutive games the Buccaneers lost to begin their franchise. On Sunday, another streak ended at 26 — Miami’s defensive turnover streak. Entering Sunday’s contest, the Dolphins had 26 straight games with at least one takeaway, but were unable to force a turnover on Sunday. The last time that Miami had failed to force a turnover was in a 37-20 loss to the Buffalo Bills in November 2019.

While one streak ended for the Dolphins on Sunday, another unfortunately stayed intact. The Dolphins remained winless at Raymond James Stadium. With the loss, Miami fell to 0-3 all-time in the building, which opened in 1998. The Dolphins haven’t beat the Buccaneers in Tampa since winning at Tampa Stadium in 1988.

Over the last nine seasons, only one Miami Dolphins’ running back has caught two touchdown passes in a game. His name is Myles Gaskin and he’s now done it twice. Gaskin led Miami with 10 catches for 74 yards and two scores on Sunday. The running back became the first Dolphin to score two touchdowns in one game this season as he hauled in touchdown passes from Jacoby Brissett of 24 yards and of one yard.

Gaskin also caught a pair of touchdowns in last season’s 26-25 win over the Las Vegas Raiders. Prior to Gaskin, the last Miami running back to catch two touchdowns in one game was Reggie Bush against the Buffalo Bills in December 2012.

Expected to be the strength coming into the 2021 season, the defense has underwhelmed for the Miami Dolphins. On Sunday, Miami allowed 558 yards of offense. That is the most since head coach Brian Flores’ debut against the Baltimore Ravens to start 2019 and the most in a road game since allowing 589 yards in a 34-31 overtime win over the Buffalo Bills on Christmas Eve 2016.

Since the 2016 AFC Wild Card game, wide receiver Antonio Brown has played three games against the Miami Dolphins and for three different teams. He’s scored a touchdown in all of them. On Sunday, Brown finished with seven catches for 124 yards and two scores for Tampa Bay.

Brown also caught a pair of touchdowns for the Pittsburgh Steelers in the aforementioned Wild Card game in 2016 — a 30-12 victory for Pittsburgh. In between that contest and Sunday, Brown caught four passes for 56 yards and a touchdown for the New England Patriots in a 43-0 victory over Miami on Sept. 15, 2019.