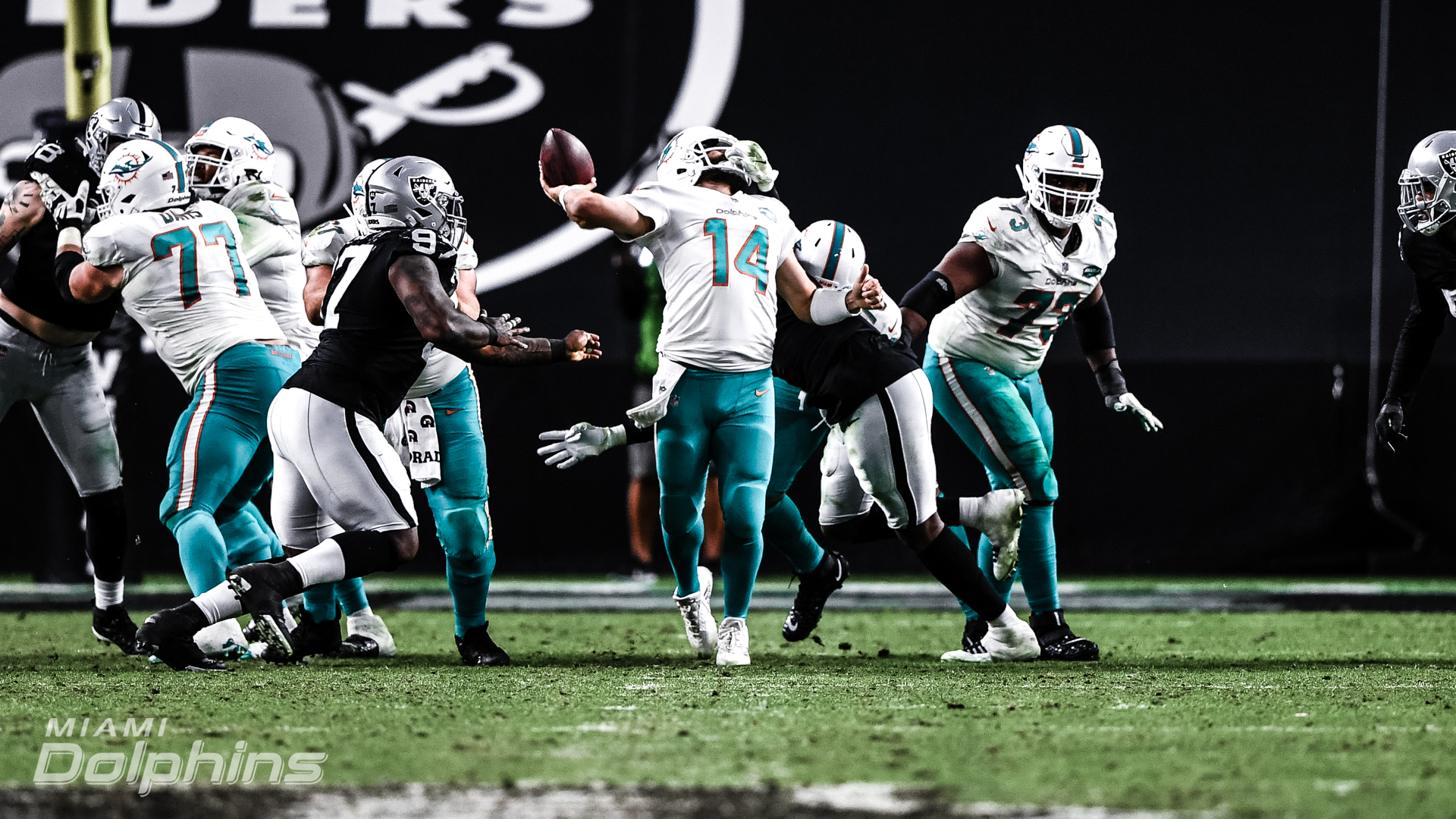 The season ended on a sour note, but the 2020 season for the Miami Dolphins was nothing short of a success.

The Dolphins had their best season since 2016, finishing 10-6 and in second place in the AFC. Miami believes it has found the head coach to lead it back to prominence in Brian Flores and hopefully its franchise quarterback in Tua Tagovailoa.

Although the season has been over for two weeks, it was certainly worth remembering. Here’s a look back on the top performers from the campaign.

Cornerback Xavien Howard made a strong case for the NFL’s Defensive Player of the Year. Consistently matched up with the best opposing wide receiver, Howard tied a Miami franchise record and led the NFL with 10 interceptions. It is his second time leading the NFL in picks in three years.

The final few starts were rough, but quarterback Tua Tagovailoa showed promise throughout the course of the 2020 season. The rookie from Alabama was 6-3 as a starter and passed for more than 1,800 yards. Tagovailoa accounted for 14 total touchdowns and just five interceptions.

The second half of his season wasn’t quite as good as the first half, but Emmanuel Ogbah shined in his first season as a member of the Dolphins. Ogbah led the Dolphins with nine sacks — good for 14th in the NFL. He was also tied with Andrew Van Ginkel for the team lead with three forced fumbles.

After recording just 15 tackles as a rookie, linebacker Andrew Van Ginkel emerged as a key piece to a stellar Dolphins’ defense. Van Ginkel finished the season with 48 tackles, 5.5 sacks, a team-high tying three forced fumbles, a blocked punt and a defensive touchdown.

Twice a 1,000-yard rusher, many thought Jordan Howard might serve as the feature back for Miami in 2020. Instead, he was let go midway through the season. Howard did lead the team with four rushing touchdowns, but averaged just 1.2 yards per carry, finishing with 33 yards rushing on 28 carries.

The offense wasn’t always consistent for Miami, but Jason Sanders served as some weapon. For the season, Sanders made 36 of his 39 field goal tries with a long of 56 yards. Sanders kicked game-winners to beat the Arizona Cardinals and Las Vegas Raiders. Sanders led the AFC in field goals made and was a perfect 33-for-33 on extra points. His 92.3% make percentage on field goals is the highest in Dolphins’ history.

The Miami Dolphins’ playoff hopes hung in the balance as they visited the Las Vegas Raiders for a Saturday night showdown. Those hopes however, seemed to be falling by the wayside. Daniel Carlson kicked a short field goal with just 19 seconds left to give the Raiders a 25-23 lead and the Dolphins looked dead in the water.

Ryan Fitzpatrick had replaced a struggling Tua Tagovailoa and led two scoring drives, but with just 19 seconds and the ball on the Miami 25-yard-line, things looked bleak. On the first play of the ensuing drive, a busted coverage allowed Mack Hollins to get open on the sideline.

As he threw, Fitzpatrick had his face mask completely turned by a Las Vegas defender, but somehow got the ball to Hollins for a gain of 41 yards. The 15-yard penalty added on put the Dolphins in field goal range. Two snaps later, Sanders kicked a 44-yard field goal with one second left to lift Miami to a thrilling 26-25 victory.