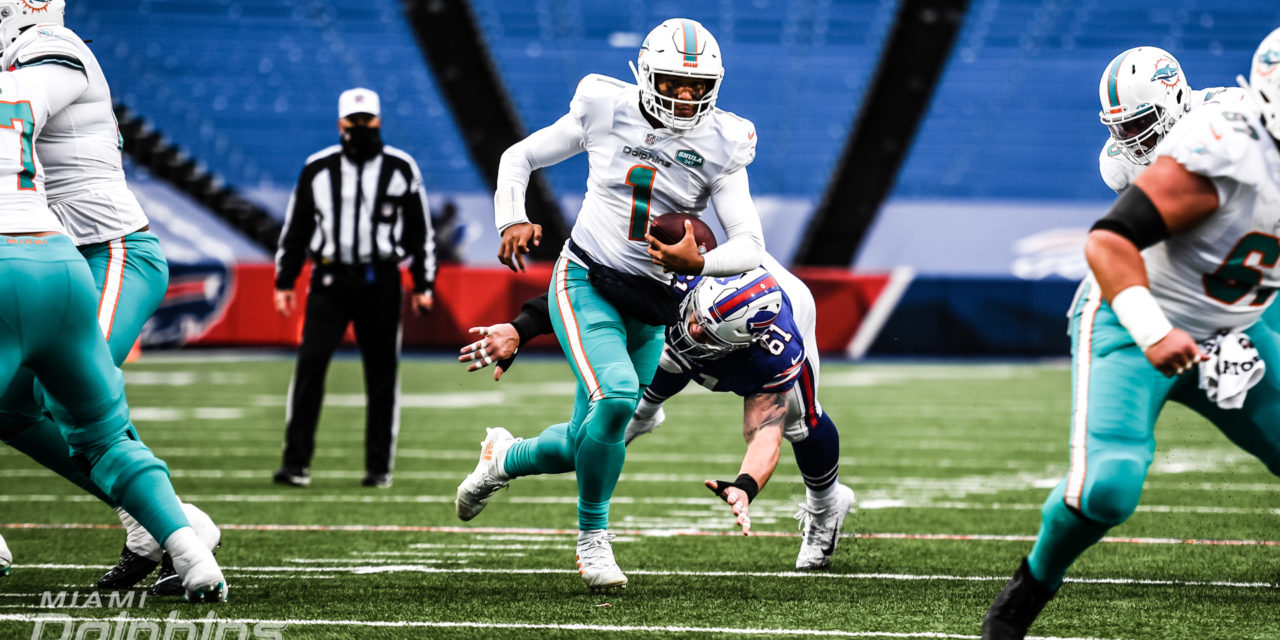 The Miami Dolphins overachieved in 2020, winning 10 games for the first time in four years.

Unfortunately for Miami, that didn’t culminate in a playoff appearance. The Dolphins’ playoff hopes fell by the wayside on Sunday with a 56-26 road loss to the Buffalo Bills.

On Sunday, the Dolphins not only lost, but failed to get the postseason help they needed. For the final time, here’s a look back on the good and bad for Miami:

It wasn’t a great day by any stretch of the imagination for the Miami offense or rookie quarterback Tua Tagovailoa. The rookie from Alabama however, did finish with a career-high 361 yards passing in the loss. Tagovailoa attempted 58 passes, but was sacked just once. As a team, the Dolphins finished with a season-high 454 yards of offense.

Wide receiver DeVante Parker had his best game in more than a month for the Dolphins. Parker finished with seven catches for 116 yards. Malcolm Perry, the rookie from Navy, caught his first career touchdown — a 25-yard grab late in the game.

Defensively, Miami struggled from the second quarter on. The Dolphins gave up 455 yards, but held the Bills to just 78 yards rushing on 3.1 yards per carry.

Miami forced a turnover for the 22nd straight game. Both Byron Jones and Xavien Howard came down with interceptions. Howard’s second-half pick was his league-leading 10th of the season, which also ties Dick Anderson’s single-season Miami record.

Another bright spot for the Miami defense was linebacker Andrew Van Ginkel. As a team, the Dolphins recorded just one sack and three tackles for loss. Van Ginkel had all of them.

The Dolphins struggled in all three phases of the game on Sunday. Although Miami put up a lot of yards, it turned the ball over a season-high four times. The Dolphins have not had multiple turnovers in a game in more than a month.

Tagovailoa came in having thrown just two interceptions in 232 pass attempts. He was intercepted three times on Sunday. Dean Marlowe picked off the rookie twice.

The other interception came from Josh Norman, who returned it for a touchdown. Miami gave up a pair of non-offensive touchdowns on Sunday. Isaiah McKenzie returned a punt 84 yards midway through the second quarter to give Buffalo a commanding 21-3 lead.

On offense, the Dolphins rushed for just 70 yards — their lowest total since Nov. 22. Defensively, Miami allowed Buffalo quarterbacks Josh Allen and Matt Barkley to throw for 388 yards and four touchdowns while averaging better than 10 yards per pass attempt. Buffalo rookie wide receiver Gabriel Davis hauled in two passes — each more than 50 yards — for 107 yards and a touchdown.

Sunday marked the first time since Nov. 22 that the Dolphins failed to collect multiple sacks. The 56 points allowed was the most by Miami since losing 59-10 to the Baltimore Ravens in last season’s opener. It’s the most allowed in a road game since falling to the Jacksonville Jaguars 62-7 in the AFC Divisional round to close out the 1999 season.

Miami will finish the season with a record of 10-6 — its best mark since 2016. Although the Dolphins finished one game shy of the playoffs, the franchise seems to be heading in the right direction under second-year head coach Brian Flores.

Miami will enter the 2021 season having won 15 of its last 25 games. Prior to that, the Dolphins had lost 10 straight contests by an average margin of 24 points per contest. The 5-win increase from 2019 is tied with the Cleveland Browns for the biggest in the NFL this season.

Miami led the league in 2020 with 29 takeaways. The Dolphins ranked sixth in scoring defense and third in turnover margin. The Dolphins have a nice corps of young offensive linemen, but lack playmakers at the offensive skill positions. Expect that to be addressed in the offseason. 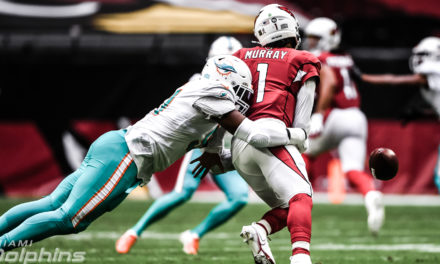 The Good, the Bad and the Dolphins: Week 9, 2020 — Miami Rallies Past Cardinals for Fourth Straight Win 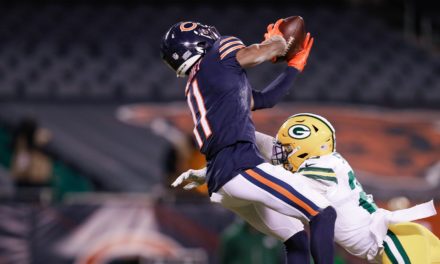 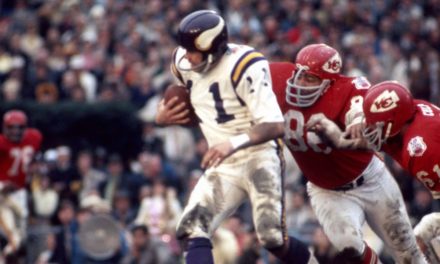 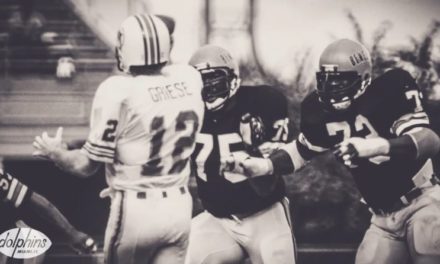