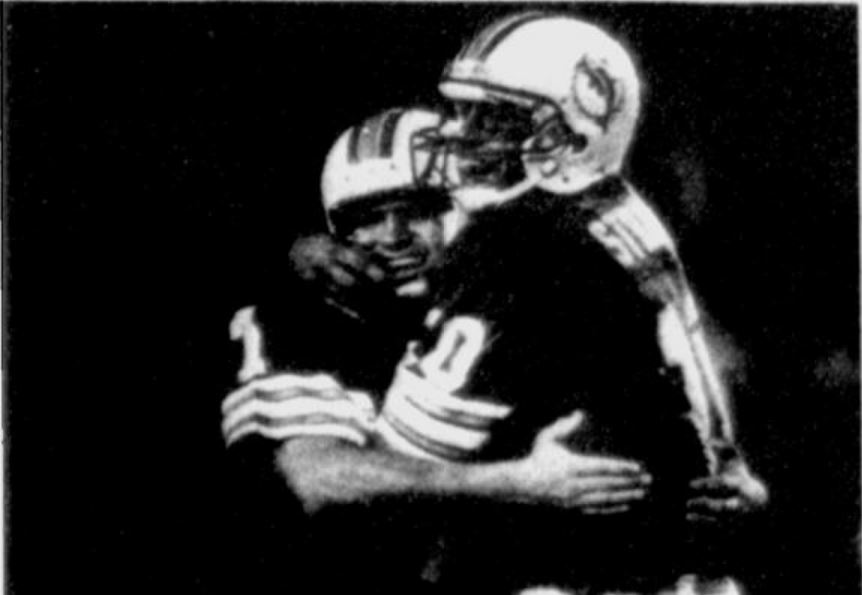 Talk about the 1985 Miami Dolphins and Monday Night Football and fond memories of a 38-24 upset of the Chicago Bears immediately come to mind.

The contest that ultimately gave the Dolphins the AFC East title however, came two weeks later. On this day 35 years ago, a late field goal and an interception was the difference as Miami edged the New England Patriots, 30-27.

Both Miami and New England were 10-4 as they arrived at the Orange Bowl on Dec. 16, 1985. The Dolphins had won five straight and were the hottest team in football. New England had won seven of eight after a 2-3 start.

The Patriots had rallied from 10 points down in the fourth quarter to beat Miami when the teams met earlier in the season in Foxborough. As the contest in Miami winded down, it looked as though history may repeat itself.

For most of the night, Miami was in control. The Dolphins led 27-13 midway through the fourth quarter before Mosi Tatupu’s short touchdown run cut the lead in half. 15 seconds later, the game was tied.

On the ensuing kickoff, Miami’s Joe Carter put the ball on the ground. New England’s Cedric Jones scooped it up and went 15 yards for the tying touchdown.

Despite becoming the first player in NFL history to have multiple 4,000-yard passing seasons, quarterback Dan Marino was quiet for Miami. When he had to however, he moved the Dolphins into field goal range.

With more than four minutes to play, rookie kicker Fuad Reveiz connected on a 47-yard field goal. It was up to Tony Eason and New England to answer.

Eason moved the Patriots from their own 24-yard-line to the Miami 34, but his final pass of the night was caught by a safety wearing aqua. After nearly throwing an interception on first down, Eason’s final throw of the night was intercepted by Dolphins’ safety Glenn Blackwood with 56 seconds remaining.

It was Blackwood’s second interception of the night as Miami escaped.

The Dolphins never trailed on the night, but the teams did trade first-quarter touchdowns. After Marino found Joe Rose for a 6-yard score, Eason answered with a 10-yard touchdown pass to Irving Fryar.

After Reveiz’s first of three field goals gave Miami the lead in the second quarter, Ron Davenport scored from a yard out to push the lead to 17-7 at the break. New England’s Tony Franklin kicked a pair of field goals around a 49-yard make by Reveiz. Davenport’s second 1-yard touchdown of the night gave Miami a 27-13 lead early in the fourth quarter.

New England finished with 321 yards of offense to 269 for Miami. Both teams turned it over four times.

In addition to Blackwood’s two picks, Bud Brown added an interception for the Dolphins. Marino passed for 196 yards in the win. Eason tallied 217 yards passing for New England.

Miami’s Mark Duper led all receivers with five catches for 75 yards. Craig James rushed for a game-high 58 yards for the Patriots in the loss.

The thrilling win would ultimately decide the AFC East. The Dolphins wrapped that up a week later with a 28-0 shutout of the Buffalo Bills.

When all was said and done however, New England had the last laugh. After road playoff victories over the New York Jets and Los Angeles Raiders, the Patriots beat Miami at the Orange Bowl for the AFC Championship, 31-14.

While New England managed to claim the title of AFC champions, the division title went to Miami. It wouldn’t have been possible without the thrilling win for the Dolphins that took place on this day 35 years ago.