30-Year Phiniversary: Dolphins Rally From 10 Down Late to Stun Eagles in OT 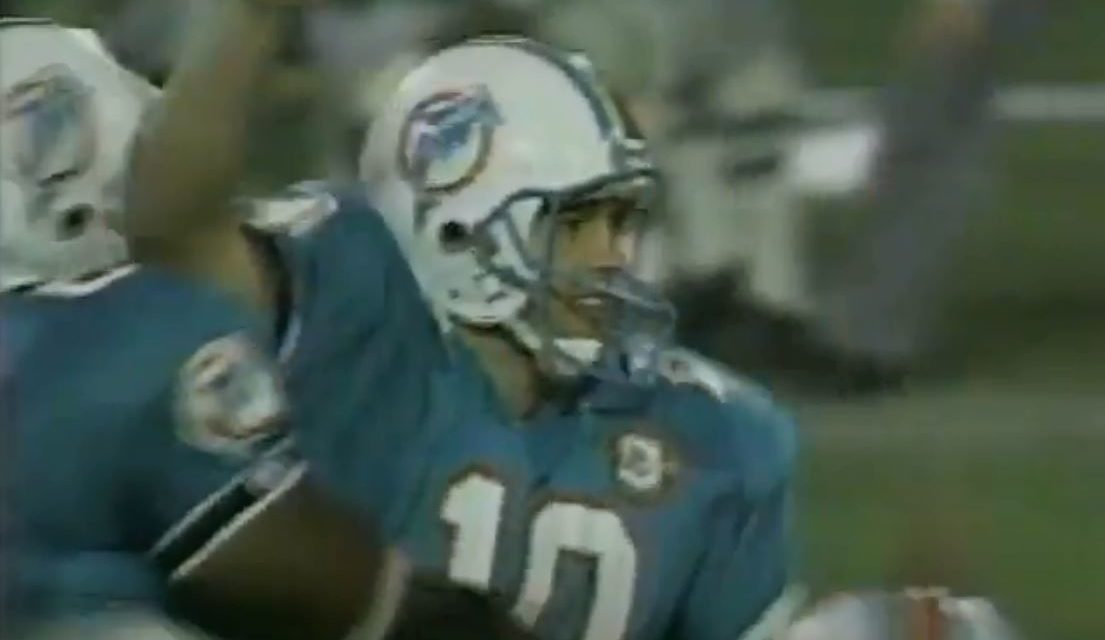 During the 1990 season, the Miami Dolphins won 12 football games during the regular season. Three times that year, Miami rallied to win in the fourth quarter.

The most improbable of those rallies came on this day 30 years ago. The Dolphins rallied from 10 points down with less than six minutes to play to beat the Philadelphia Eagles in overtime, 23-20.

At 9-3, the Dolphins were looking to avoid consecutive losses for the first time all season as they arrived at Joe Robbie Stadium for a Sunday night showdown on Dec. 9, 1990. Miami was looking to keep pace with the Buffalo Bills in a competitive AFC East race.

Philadelphia came in with a record of 7-5 and was looking to stay in the thick of the NFC East race. More than midway through the final quarter, the Eagles looked well on their way to their most impressive win of the season.

What was once a 10-point deficit for Philadelphia had become a 10-point lead. Randall Cunningham’s 45-yard touchdown pass on a flea flicker to Calvin Williams less than five minutes into the final quarter capped a streak of 20 straight points.

Miami had not scored since the first quarter and seemed to be in trouble. Following an exchange of punts, the Dolphins had less than a a half-quarter to score twice.

The good news is that the Dolphins’ next-to-last drive of regulation began in Philadelphia territory. After converting a 3rd-and-10 earlier in the drive, Miami quarterback Dan Marino came through again on third down with his second touchdown pass of the night — a 6-yard strike to Mark Duper.

Philadelphia’s next drive reached Miami territory, but a punt pinned the Dolphins at their own 12-yard-line with less than two minutes to play. Down 20-17, Marino started the drive with three straight completions before misfiring on his next three passes.

Facing 4th-and-10, Marino hung in and found Duper for 12 yards to move into Philadelphia territory. At the Eagles’ 38, Miami still needed a few more yards to make life easier on kicker Pete Stoyanovich. That came in the form of a pass interference penalty.

With just three seconds remaining in regulation, Stoyanovich knocked through the tying 34-yard field goal. After 60 minutes of football, the contest was even at 20.

The teams started overtime by trading punts. Twice during the extra period, the Miami defense came up big on third down.

On Philadelphia’s first overtime possession, David Griggs tackled Cunningham short of a first down at the Miami 40-yard-line. On the second, Cliff Odom broke up Cunningham’s pass for Keith Byars on 3rd-and-1.

A bad snap led to a poor punt by Jeff Feagles. The Dolphins started the game’s final drove at their own 43.

Marino started the drive with passes to Troy Stradford and Duper for first downs. After an 8-yard completion to Jim Jenson moved the ball to the Philadelphia 21-yard-line, Stoyanovich came on to end it once and for all.

His 39-yard kick split the sticks and the Dolphins escaped with a 23-20 victory.

The contest couldn’t have started much better for the Dolphins. After Marino’s 28-yard touchdown pass to Tony Martin capped the opening drive, Stoyanovich’s 24-yard field goal extended the lead to 10-0.

Philadelphia got on the board early in the second quarter on Cunningham’s short touchdown toss to Byars. Kicker Roger Ruzek tied the game with a 53-yard field goal late in the first half before giving the Eagles their first lead midway through the third from 33 yards out.

Marino passed for 365 yards in the victory. Duper’s eight catches for 94 yards topped all receivers.

Cunningham threw for 198 yards in the loss and added a game-high 94 yards rushing. As a team, the Eagles went for 247 yards on the ground. Griggs had a pair of sacks for the Miami defense while Louis Oliver picked off Cunningham for the game’s only interception.

For the Eagles, the loss would be their final blemish of the regular season. Philadelphia won its final three games to finish 10-6. Unfortunately for the Eagles, they lost to the Washington Redskins in the NFC Wild Card game.

The Dolphins would go on to finish 12-4. After rallying past the Kansas City Chiefs, Miami lost to the Buffalo Bills in the Divisional round, 44-34.

The 1990 season saw the Dolphins win 13 total games — the most in five years. Only one of those contests went into overtime. It came on this day three decades ago. 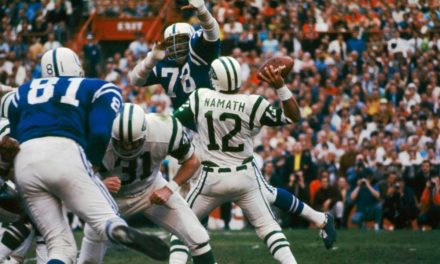 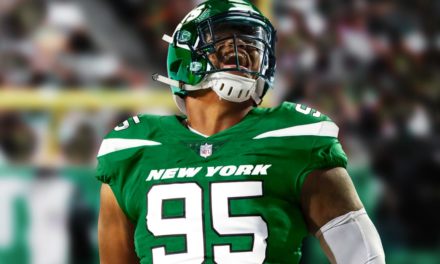 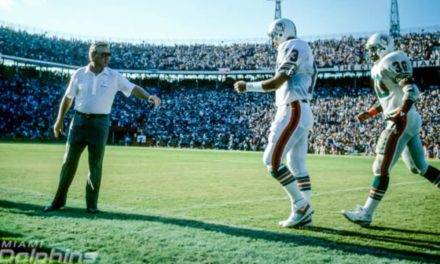 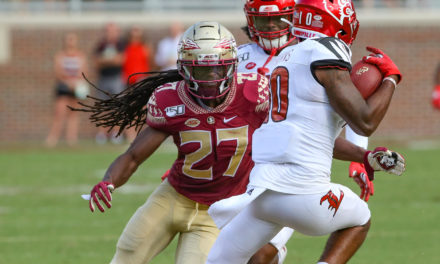