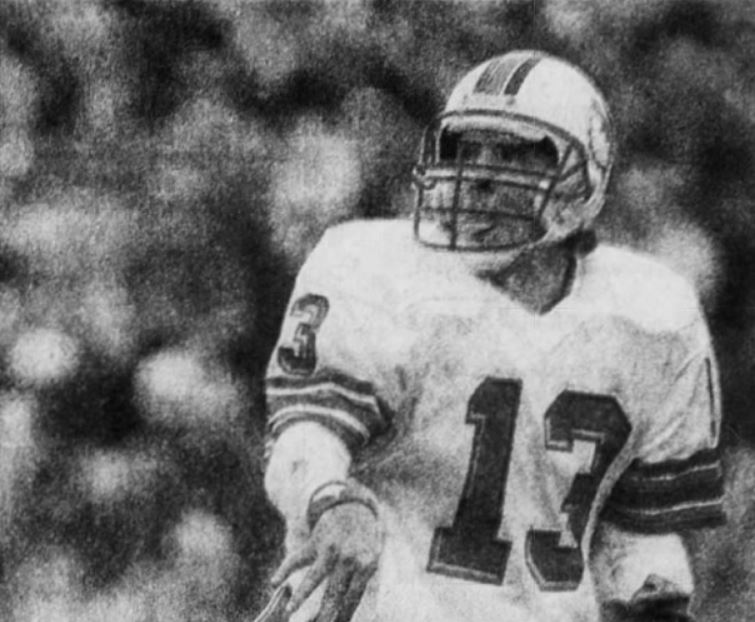 Over the years, Lambeau Field in Green Bay has rarely been regarded as an easy place to play, but the Miami Dolphins have had their fair share of success there.

Miami is 4-3 all-time at Lambeau Field. One of the wilder contests between the teams in Green Bay took place on this day 35 years ago. The Packers overcame a 17-point deficit, but a pair of late touchdown passes by Dan Marino lifted Miami to a 34-24 win.

At 9-4, Miami had won four straight games as it arrived in Green Bay on Dec. 8, 1985. The Dolphins were coming off a huge win over the previously undefeated Chicago Bears and were looking to continue their momentum.

At 6-7, the Packers were fighting for their playoff lives. After falling behind by three scores early, it looked as though Green Bay might rally for a big, big win.

It’s rare that a football contest is called a game of runs, but that’s what took place at Lambeau Field on that Sunday afternoon. After an early field goal gave the Packers the lead, Miami responded with 20 straight points to end the half.

Dan Marino passed for 345 yards and five touchdowns in the contest. In the first half, those scoring strikes went to running back Tony Nathan and wide receivers Mark Clayton and Nat Moore.

Miami led 20-3 at the break, but the Packers saw the Dolphins’ 20 straight points and raised them 21. 10 plays into the second half, Green Bay was within three.

On two drives that totaled 156 yards, Jim Zorn threw long touchdown passes to Preston Dennard and James Lofton. After a time consuming drive, the Packers went ahead 24-20 with less than nine minutes remaining. Eddie Lee Ivery scored from a yard out to give Green Bay its biggest lead of the game.

Following a Green Bay touchdown drive that covered 62 yards in 11 plays, Marino proceeded to take the Dolphins 67 yards in 10 plays. On the drive, Marino was 5-for-6 passing. On 3rd-and-goal from the 2-yard-line, Marino found a leaping Joe Rose in the end zone as the Dolphins went ahead for good with 3:18 to play.

The Miami defense had struggled in the second half, but Paul Lankford came up big. On Green Bay’s third play of the ensuing drive, Lankford intercepted Zorn. It took the Dolphins just three plays to put the game away.

Facing 3rd-and-1 from the Dolphins’ 39 with more than two minutes to play, Miami put the ball in Marino’s hands.

He did not disappoint.

Needing a yard to perhaps seal the victory, Miami got 60 more. Marino’s fifth touchdown pass went to a fifth different receiver as he found streaking tight end Dan Johnson for the 61-yard touchdown. Alex Moyer’s interception of Zorn allowed Miami to run out the clock.

With the victory, the Dolphins improved to 10-4 and remained in a first-place tie in the AFC East with the New England Patriots and New York Jets. Miami would win the division at 12-4. The Dolphins would fall to the Patriots in the AFC Championship.

The Packers would win their last two games to finish 8-8 for a third straight year, but would miss the playoffs.

On a day where Miami tallied less than three yards per rush, Marino’s five touchdown passes tied a career-high at the time. It would last less than a year.

Only twice during his illustrious career did Marino throw touchdowns to five different receivers. The first of those occasions came on this day 35 years ago.