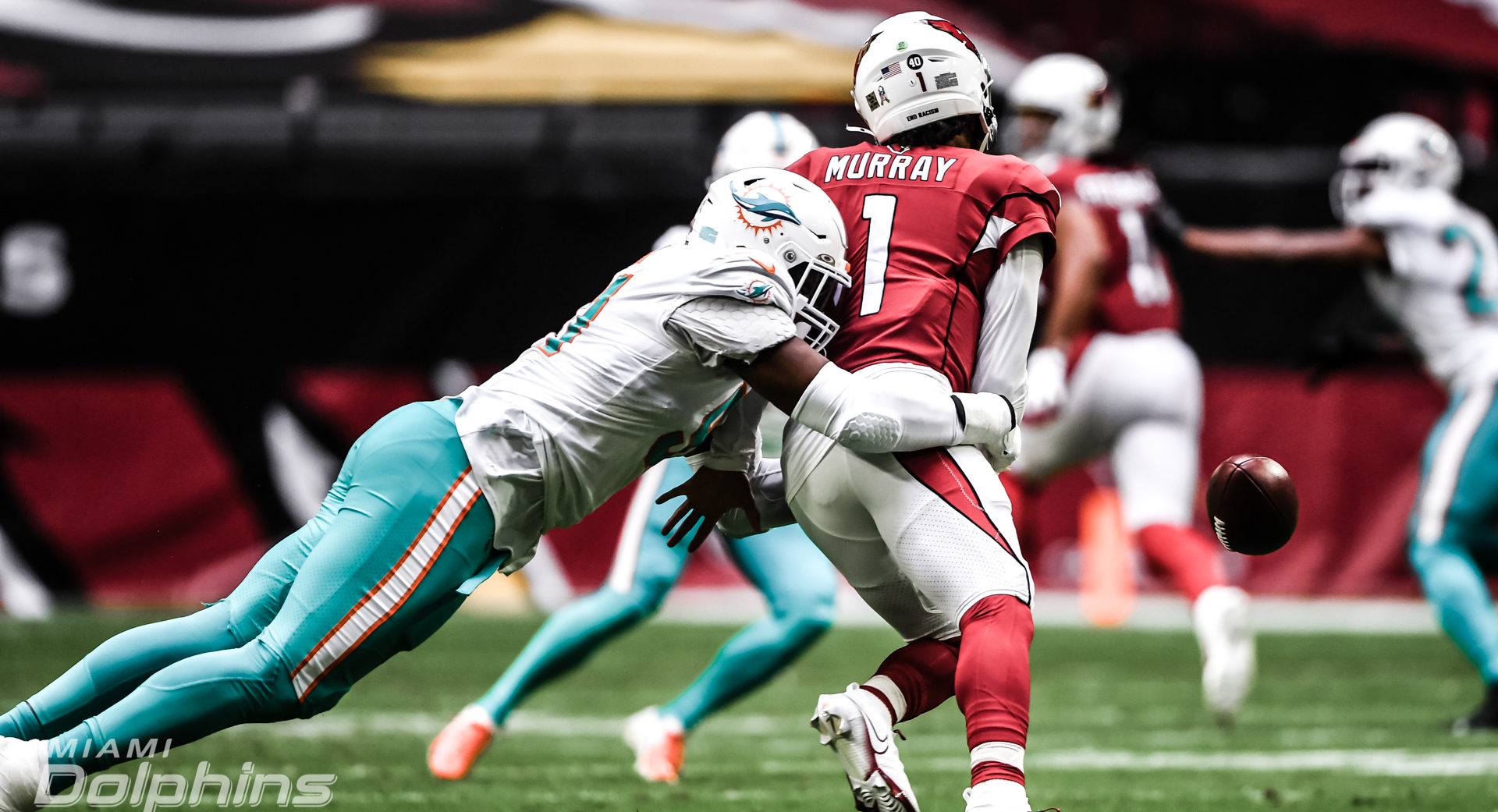 Entering Sunday, it had been more than a month since the Miami Dolphins had lost a football game. That trend will continue into next week.

In thrilling fashion, the Dolphins rallied past the Arizona Cardinals, 34-31. For Miami, the victory was the fourth straight as second-year head coach Brian Flores continues to prove he’s the right guy.

As is customary, we look back on the good and the bad from Sunday’s thrilling win:

In his first road start, Miami rookie quarterback Tua Tagovailoa lived up to the hype. Tagovailoa was 20-for-28 passing with 248 yards, two touchdowns and no interceptions.

The rookie from Alabama was also clutch when the Dolphins needed him to be. Tagovailoa led a pair of fourth-quarter scoring drives as Miami erased a 31-24 deficit. It was the team’s first second-half comeback win of the season.

Tagovailoa also added a presence in the ground game as the Dolphins finished with a respectable 91 yards rushing despite being without their top two running backs. Miami was 4-for-8 when it came to converting to third downs. Each of its three red zone trips ended in touchdowns. Miami did not turn the ball over.

On the other side of the football, the Dolphins scored a defensive touchdown for the second week in a row. Emmanuel Ogbah forced Arizona quarterback Kyler Murray to fumble on the opening drive and Shaq Lawson scooped it up and raced 36 yards the other way to put the Dolphins in front early.

It wasn’t a great day overall for the Dolphins defensively, but they came through when it mattered. Miami shut out the Cardinals in the fourth quarter and came up with key stops on the final two possessions.

Kicker Jason Sanders continued to be a machine on Sunday. Sanders set a Dolphins’ record by hitting his 20th straight field goal. His 56-yard make at the end of the first half was a career-long. Sanders’ 50-yard field goal with less than four minutes to play served as the game-winner.

Despite getting the win, there were some struggles up front for the Dolphins. The Dolphins allowed three sacks, seven tackles for loss and managed just 3.6 yards per carry.

Defensively, Miami really didn’t have much of an answer for Murray and the Arizona offense. The Cardinals racked up 442 yards of offense, marking the fourth time in eight games this season that the Dolphins allowed at least 440 yards.

Murray finished with 389 yards of offense and four total touchdowns in the loss, including a career-high 106 yards rushing. The Dolphins did do a nice job stopping the Arizona running backs in the ground game.

With the win, Miami improved to 5-3 on the season. The Dolphins remain in second place in the AFC East — 1.5 games behind the Buffalo Bills — but are now among four teams tied for the final two playoff spots in the AFC with the Las Vegas Raiders, Cleveland Browns and Indianapolis Colts. If the regular season ended today, Miami would hold the final playoff spot in the AFC.

The win gives the Dolphins their best midseason record since 2014. At 5-3, this is the latest that the Dolphins have been multiple games over .500 in the season since 2016. That was also the last time that Miami had not won four games in a row prior to Sunday.

Tagovailoa will look to keep the Dolphins rolling this coming Sunday when he squares off against another rookie quarterback in Justin Herbert and the Los Angeles Chargers. The Chargers dropped a heartbreaker to Las Vegas on Sunday to fall to 2-6. The contest at Hard Rock Stadium begins at 4:05 p.m. ET and airs locally on CBS.