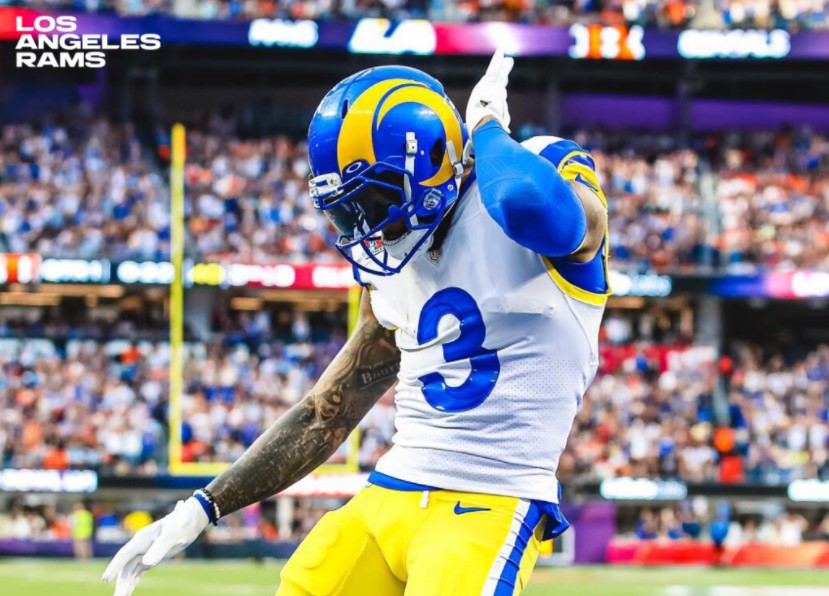 Football for the 2021 season is officially over.

On Sunday, the Los Angeles Rams became the second team in as many years to win the Super Bowl on their home field. Matthew Stafford’s late touchdown pass to Cooper Kupp was the difference as the Rams topped the Cincinnati Bengals in Super Bowl LVI, 23-20.

The franchise that originated in Baltimore won Super Bowls 36 years apart — both in South Florida. Thanks to a last-second field goal by Jim O’Brien in Super Bowl V, the Baltimore Colts topped the Dallas Cowboys, 16-13. The franchise relocated to Indianapolis in 1984 and finally reached the Super Bowl in 2006. Quarterback Peyton Manning and head coach Tony Dungy finally got their coveted championships as Indianapolis topped the Chicago Bears in Super Bowl XLI, 29-17.

The Colts have also lost Super Bowls in both cities. Coincidentally, both of those losses also came in Miami. The Baltimore Colts lost to the New York Jets in the biggest upset in Super Bowl history in Super Bowl III, 16-7. In Super Bowl XLIV, the Indianapolis Colts fell to the New Orleans Saints, 31-17.

Over an 8-year stretch from 1976 to 1983, the Raiders won three Super Bowls. They did so in two separate cities. After the Oakland Raiders the Minnesota Vikings 32-14 in Super Bowl XI and the Philadelphia Eagles 27-10 in Super Bowl XV, the team moved to Los Angeles in 1982.

In their second season as the Los Angeles Raiders, they topped the Washington Redskins in Super Bowl XVIII, 38-9. The franchise has changed locations three times. It has been in Las Vegas since 2020.

The newest team to join the list, the Los Angeles Rams have actually called four different cities home. They are currently in their second stint in Los Angeles. In each of the Rams’ two Super Bowl victories, the contest was decided by a touchdown in the last two minutes.

In Super Bowl XXXIV, Kurt Warner threw for a then Super Bowl record 414 yards, including the game-winning 73-yard touchdown pass to Isaac Bruce as the St. Louis Rams defeated the Tennessee Titans, 23-16. Just days ago, the Los Angeles Rams topped the Cincinnati Bengals, 23-20. The Rams have also lost Super Bowls as a St. Louis and as a Los Angeles franchise.