Remembering Past Championship Matchups Between Teams from Ohio and California 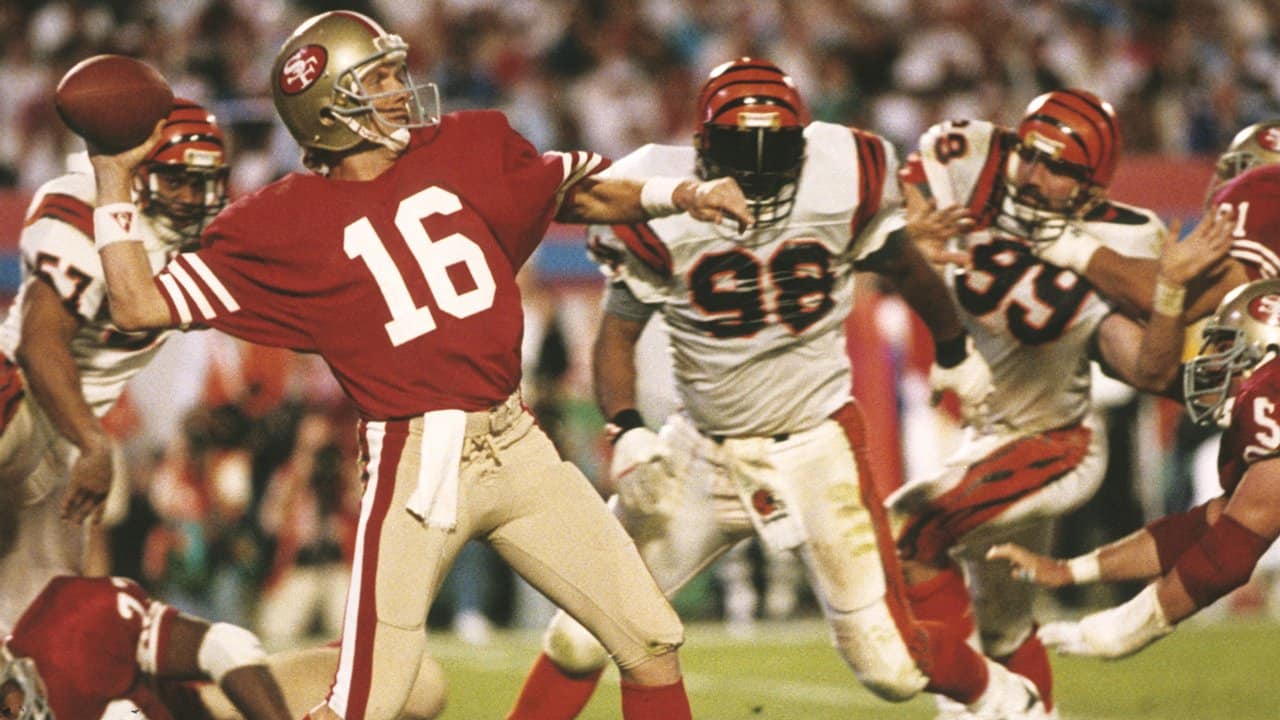 Cincinnati will take on the host Los Angeles Rams in Super Bowl LVI on Sunday. While it will be the first Super Bowl matchup between the teams, there have been more than a handful of past championship matchups between teams from the states of Ohio and California.

Here’s a look back on those in major professional sports:

Date(s): Dec. 24, 1950
MVP: N/A
Overview: The Cleveland Browns rallied with 10 fourth-quarter points to win their first championship as a member of the NFL. Lou Groza’s short field goal with less than a minute to play was ultimately the difference. Otto Graham passed for 298 yards and four touchdowns and rushed for 99 more yards in the victory. Dante Lavelli finished with 128 yards receiving and two touchdowns in the win. Bob Waterfield threw for 312 yards for the Rams, but was intercepted four times. Warren Lahr had two of those interceptions.

Date(s): Dec. 23, 1951
MVP: N/A
Overview: One year after letting a fourth-quarter lead slip away against Cleveland in the NFL Championship, the Los Angeles Rams got sweet revenge. A touchdown run by Cleveland’s Ken Carpenter tied the game early in the fourth quarter, but the Rams answered less than a minute later. Norm Van Brocklin’s 73-yard touchdown pass to Tom Fears ultimately served as the winning score. Otto Graham passed for 280 yards for the Browns, but was picked off three times.

Date(s): Dec. 26, 1955
MVP: N/A
Overview: In the third championship matchup between the teams in six years, the Cleveland Browns dominated the Los Angeles Rams for their fourth championship in seven years. Otto Graham passed for two touchdowns and rushed for two more in the victory. The Browns’ defense intercepted seven passes in the win. Don Paul returned a Norm Van Brocklin pick 65 yards for the game’s first touchdown.

Date(s): Oct. 14-22, 1972
MVP: Gene Tenace, 1B, Oakland
Overview: The Cincinnati Reds nearly rallied from a 3-1 series deficit to beat the Oakland Athletics in the 1972 World Series. After Pete Rose drove in the winning run in the ninth inning in Game 5 to keep Cincinnati alive, the Reds cruised in Game 6 by an 8-1 score. In the decisive game in Cincinnati however, series MVP Gene Tenace and Sal Bando came through with back-to-back RBI doubles to break a 1-1 tie in the sixth inning. Rollie Fingers worked two scoreless innings to close it out.

Date(s): Jan. 24, 1982
MVP: Joe Montana, QB, San Francisco
Overview: The San Francisco 49ers won their first of four Super Bowls over a 9-year stretch by beating the Cincinnati Bengals in Super Bowl XVI. Quarterback Joe Montana passed for a touchdown and rushed for another in the victory. San Francisco raced to a 20-0 lead and used a goal line stand in the second half to help preserve the victory. Cincinnati quarterback Ken Anderson passed for 300 yards and accounted for three total touchdowns, but two interceptions proved costly.

Date(s): Jan. 22, 1989
MVP: Jerry Rice, WR, San Francisco
Overview: In one of the most exciting games in Super Bowl history, Joe Montana threw two fourth-quarter touchdown passes to lead the San Francisco 49ers to a thrilling 20-16 victory over the Cincinnati Bengals. On the winning drive, Montana marched the 49ers 92 yards before hitting John Taylor for the winning score with 34 seconds remaining. Cincinnati’s lone touchdown came on a 97-yard kickoff return by Stanford Jennings. 49ers’ wide receiver Jerry Rice finished with 11 catches for 215 yards and a touchdown to earn MVP honors.

Date(s): Oct. 16-20, 1990
MVP: Jose Rijo, P, Cincinnati
Overview: In the first World Series of the 1990s, the Cincinnati Reds overpowered the Oakland Athletics and their potent lineup. Cincinnati starting pitcher Jose Rijo allowed just one run in 15.1 innings while picking up two wins. There were two 1-run games in the series. Joe Oliver’s 10th-inning walk-off single in Game 2 lifted the Reds to a 5-4 win. In the clinching Game 4, Cincinnati rallied for a 2-1 win with two runs in the eighth. Glenn Braggs and Hal Morris each plated runs with productive outs for Cincinnati.

Date(s): June 4-16, 2015
MVP: Andre Iguodala, F, Golden State
Overview: By the time the 2015 NBA Finals were over, Cleveland was extremely shorthanded without Kyrie Irving and Kevin Love. Still, the Cavaliers had a 2-1 series lead. The final three games however belonged to Golden State. In addition to defending superstar LeBron James, Andre Iguodala averaged better than 16 points per game to earn NBA Finals MVP. Iguodala shot 52% from the field for the series.

Date(s): June 2-19, 2016
MVP: LeBron James, F, Cleveland
Overview: In a rematch of the previous year’s NBA Finals, the Cleveland Cavaliers shocked the basketball world by rallying from a 3-1 series deficit to win their first NBA title. That season, Golden State won an NBA record 73 games during the regular season. The Warriors seemed well on their way to a repeat before a suspension to standout Draymond Green in Game 5 seemed to swing the series. MVP LeBron James averaged nearly 30 points, more than 11 rebounds and almost nine assists per game to earn MVP honors. It however, was Kyrie Irving who hit the winning 3-pointer in the final minute of Game 7.

Date(s): June 1-12, 2017
MVP: Kevin Durant, F, Golden State
Overview: After losing to the Cleveland Cavaliers in the 2016 NBA Finals, the Warriors significantly upgraded their roster with the addition of forward Kevin Durant. Durant would be named the MVP of the 2017 NBA Finals, averaging better than 35 points, eight rebounds and five assists per game. Perhaps his biggest shot of the series was a trey in the final minute of Game 3 as Golden State closed on a 7-0 run. The Cavaliers were able to avoid the sweep with a 137-116 win in Game 4, but watched the Warriors celebrate for the second time in three years back in Oakland.

Date(s): May 31-June 8, 2018
MVP: Kevin Durant, F, Golden State
Overview: The 2018 NBA Finals featured Golden State and Cleveland for the fourth straight year. The most competitive of the contests was Game 1 as J.R. Smith’s memorable gaffe for Cleveland ultimately led to the contest going to overtime. In the extra period, Golden State scored the first nine points and cruised to victory. Game 3 would be the only other game during the series where the Cavaliers held a fourth-quarter lead. Kevin Durant averaged nearly 29 points and 11 rebounds to take home MVP honors for a second straight year as the Warriors swept the series.