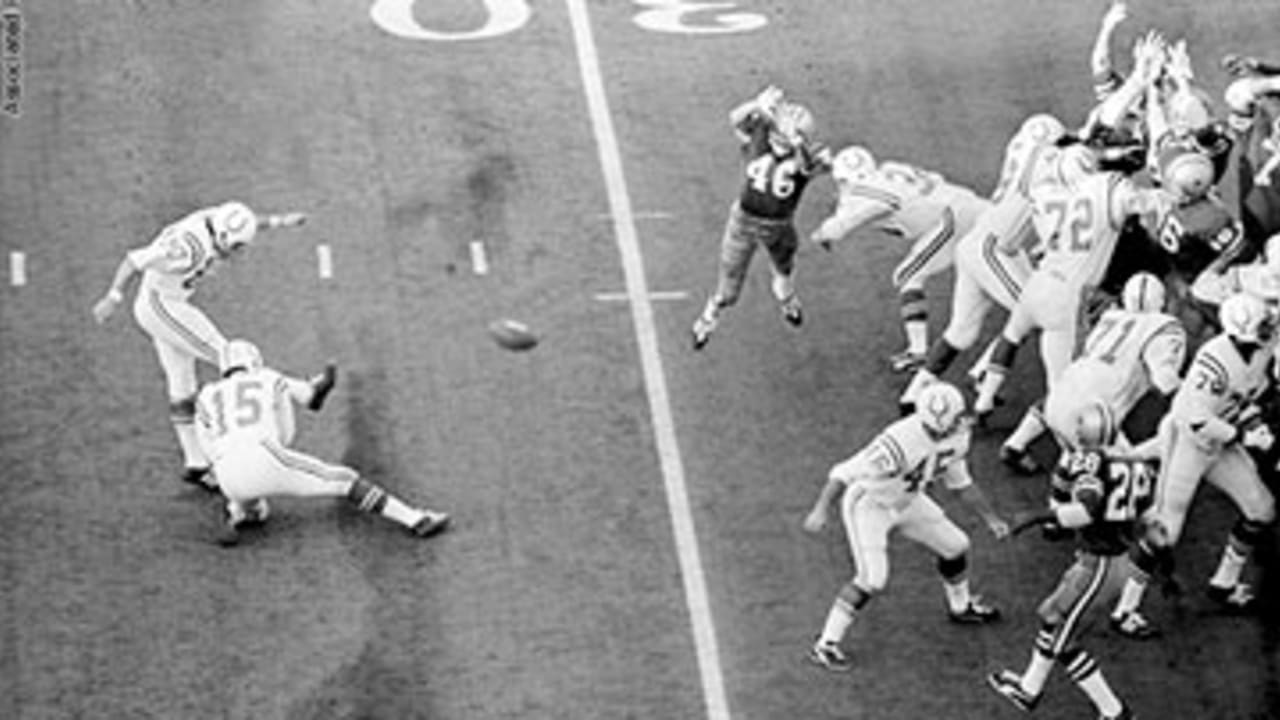 In less than a week, the Kansas City Chiefs and Tampa Bay Buccaneers will partake in Super Bowl LV at Raymond James Stadium.

The Super Bowl has become a spectacle of American life and culture. As the stage is set for a 55th Super Sunday contest, Super Bowl V remains arguably the most bizarre game in the event’s history.

In the Orange Bowl in Miami, the contest was not a pretty sight. Still, it did not lack drama as the Baltimore Colts edged the Dallas Cowboys, 16-13.

Although the contest was hardly a thing of beauty, there was no shortage of talent on the field. The Baltimore roster included Hall of Famers such as quarterback Johnny Unitas, tight end John Mackey and linebacker Ted Hendricks to go with Pro Bowlers like linebacker Mike Curtis and defensive end Bubba Smith.

The Dallas roster included the likes of wide receiver Bob Hayes, tight end Mike Ditka and a secondary that consisted of Herb Adderley, Cliff Harris and Mel Renfro. Quarterback Roger Staubach had not yet asserted himself among the league’s elite and served in a backup role to Craig Morton.

The Cowboys had rode their defense to Super Bowl V — their first Super Bowl appearance. After a 5-4 start under 11th-year head coach Tom Landry, Dallas closed the regular season with five straight victories. In the playoffs, the Cowboys shut out the Detroit Lions 5-0 before topping the San Francisco 49ers 17-10 in the NFC Championship.

Baltimore was in the Super Bowl for the second time in three years. Under Don Shula, the Colts were huge favorites over the New York Jets in Super Bowl III, but lost 16-7 in Miami after a Jets’ quarterback Joe Namath guaranteed victory. Baltimore and Shula parted ways following the 1969 season and the Colts were in their first season under Don McCafferty.

Baltimore finished 11-2-1 during the regular season. After a 17-0 shutout of the Cincinnati Bengals to open the playoffs, the Colts topped the Oakland Raiders in the AFC Championship, 27-17.

As for the actual game on Jan. 17, 1971, it earned the distinction as the “Blunder Bowl” for its record number of turnovers. The Colts dominated the game statistically, but seven turnovers kept Dallas in front. The Cowboys finished with four turnovers of their own.

Baltimore never led until the game’s final seconds. It did however, draw even twice.

While Staubach was a year away from ascending to the role of franchise quarterback for Dallas, Baltimore had its own issues under center. In Super Bowl III, the legendary but aged Unitas was actually called upon to replace ineffective starter Earl Morrall. Down 16-0 against the Jets, Unitas led Baltimore’s lone scoring drive.

This time around, it was the legend who got the start. In Super Bowl V, Unitas went just 3-for-9 passing with two interceptions before being replaced by Morrall, but did throw his only Super Bowl touchdown.

After a pair of field goals by Mike Clark gave the Cowboys a 6-0 lead, Unitas found Mackey for a 75-yard touchdown off a deflection. Back then, believe it or not, players were not allowed to tip balls to teammates. Officials however, ruled that the pass was also touched by a member of the Cowboys as Mackey went in for the score. Kicker Jim O’Brien missed the extra point as the score remained tied, 6-6.

Don’t worry about O’Brien, though.

Dallas was able to take a 13-6 lead into the locker room, thanks to a 7-yard touchdown pass from Morton to Duane Thomas. The Cowboys would not score again.

Neither team was able to score in the third quarter. The final period began with one of the more bizarre plays in Super Bowl history.

On what was supposed to be a flea flicker, Baltimore running back Sam Havrilak took the pitch from Morrall. Dallas read the play and covered Morrall to keep Havrilak from tossing it back. Instead, Havrilak found Mackey for a big gain before the All-Pro tight end was stripped inside the 15-yard-line. Several different players were unable to fall on the ball as it rolled out the end zone for a turnover and Dallas touchback.

For a contest dubbed the “Blunder Bowl”, it seemed fitting that turnovers would make the difference. Two plays after the bizarre touchback, Rick Volk picked off Morton and returned it inside the 5-yard-line. It took two plays for Tom Nowatzke to find the end zone for Baltimore to knot the score at 13 with a half-quarter remaining.

With just two minutes to play, Dallas seemed to be in good shape. The Cowboys were in Baltimore territory before a holding penalty pushed them back. Facing a 2nd-and-long, Morton’s throw down the middle was intercepted by Curtis and returned inside the Dallas 30-yard-line.

With just seconds remaining, the stage was set for the first game-winning field goal in Super Bowl history. O’Brien, a rookie from Cincinnati, was set up with a 32-yard field goal attempt.

After missing just his third extra point of the season earlier in the contest, O’Brien played the role of hero. With just five seconds left on the clock, O’Brien’s kick sailed inside the right upright. For the first time during the Super Bowl era, the Colts were world champions.

Although Baltimore won the contest, it would be Dallas linebacker Chuck Howley who was recognized as the game’s MVP. A half-century later and Howley remains the only member of a losing team to ever earn that distinction.

Howley finished the contest with two interceptions, including one in the end zone to thwart a scoring opportunity. He returned his picks for a total of 22 yards. Howley would add a third Super Bowl interception a year later.

Thanks to O’Brien’s field goal, the Colts avenged their Super Bowl III loss from two years prior and at the same venue. Baltimore became the first NFL franchise to win and lose a Super Bowl.

One year later, Dallas would join them. Staubach assumed the role of starting quarterback from Morton and led the Cowboys to a 24-3 victory over the Miami Dolphins in Super Bowl VI. That was a Miami franchise that had defeated Baltimore for the AFC Championship — Unitas’ final postseason game.

In 1972, the Dolphins would join the Cowboys and Colts as teams to win and lose a Super Bowl. Although Bob Griese quarterbacked the undefeated Dolphins in Super Bowl VII, they might not have reached the big game without a perfect 9-0 regular-season record from the injured Griese’s replacement — a veteran named Earl Morrall.

Dallas would go on to play in five Super Bowls during the 1970’s, going 2-3 in those games. All three losses came in Miami.

The other victory came in Super Bowl XII over the Denver Broncos, 27-10. The starting quarterback for that Denver team? A former Dallas quarterback named Craig Morton.

In 1983, the Colts relocated to Indianapolis. It would be 36 years later before they returned to the Super Bowl. Behind another legendary quarterback named Peyton Manning, the Colts defeated the Chicago Bears, 29-17, in the same city they won their last Super Bowl — Miami.

A half-century later and Super Bowl V remains probably the most bizarre Super Bowl. It’s the first decided by a winning field goal and last where a member of a losing team was named MVP. The 11 turnovers also remains a Super Bowl record.