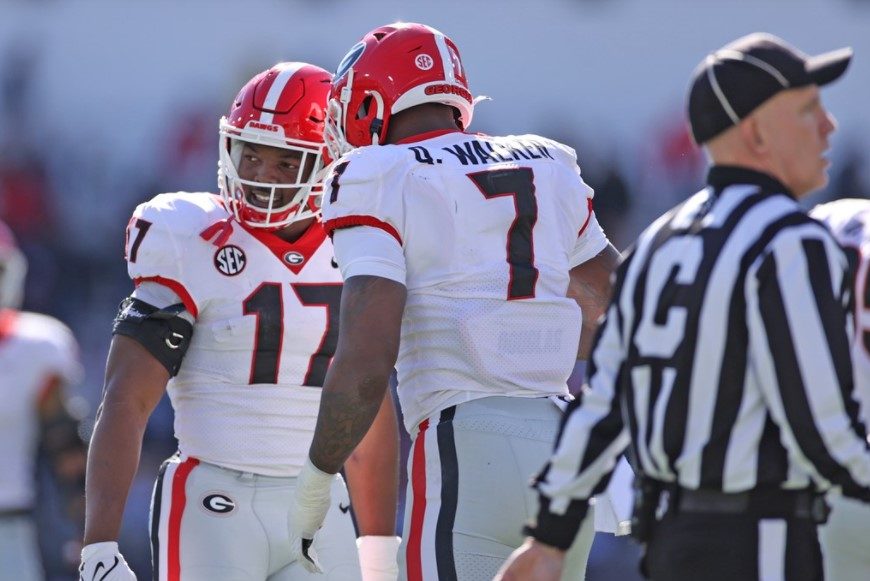 For a matchup between the actual national champions and a 2-10 MAC team, this one was closer than anticipated.

Akron quarterback Zach Gibson was incredibly efficient. He threw for 160 yards in an 18-for-23 performance — a 78.3% completion percentage.

Running back Jonzell Norrils added 35 rushing yards and a rushing touchdown on 12 attempts.

Despite no turnovers, Akron was only able to create 16 total points for itself.

Georgia, on the other hand, was able to turn its drives into touchdowns more frequently.

Quarterback Stetson Bennett IV was 23-for-33 passing, with 318 yards and three touchdown passes.

Wide receiver Jermaine Burton was the biggest beneficiary of those passing yards. Burton surpassed the 100-yard mark with his four-reception, 111-yard performance.

Running back Zamir White also had 59 rushing yards and a touchdown on his 12 carries to wrap this game up.

To get a win for Akron, it took an additional 18 simulations. By that point, Georgia was outscoring Akron by a margin of 61-10.5.

Winner’s Next Matchup: Winner of (8) Virginia Tech vs. (9) Toledo 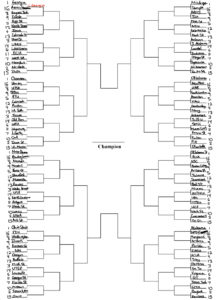