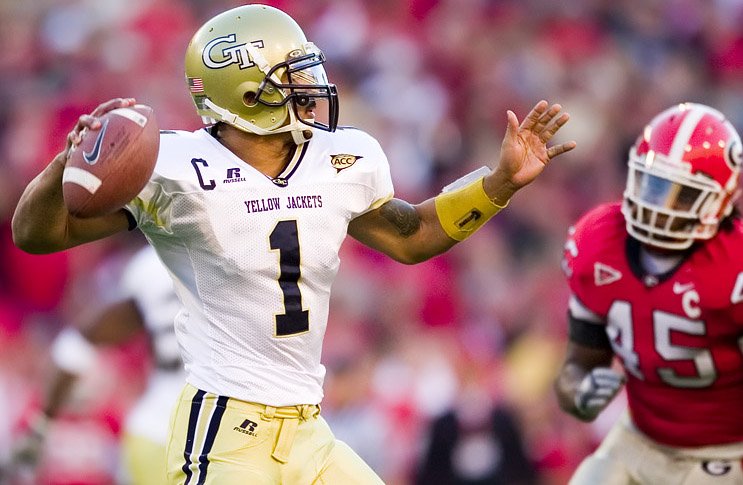 We’re set to take you down memory lane of three quarterbacks who were beloved by their rivals.

Two of the three were probably considered the best ally a rival could have. Usually there is hate for anyone wearing the opposing uniform, but in this case, it’s different. It’s a quarterback who always made mistakes against his rival, or a quarterback who could never win. The three quarterbacks we are going to talk about today went 0-13 vs. a primary rival.

Some say that Reggie Ball gave NFL legend Calvin Johnson the opportunity to make his circus catches in college. In 2003, Ball was the first Georgia Tech freshman to start at quarterback in over 20 years. He actually had some high moments in his career. For instance, he led Tech to a win over former SEC rival Auburn, and a win over No. 3 Miami in 2005.

With all that said, he will forever be known as the Georgia Tech quarterback who could never beat Georgia while hyped to do so. The worst was his last chance against the Bulldogs in 2006 where he had a chance to lead a game-winning drive. His last two plays as a Yellow Jacket ended in a spike on 3rd-and-21, and then an intentional out-of-bounds throw on fourth down. To Georgia, fans he will always be known as 5th Down Reggie.

In 2001, Florida State head coach Bobby Bowden made the bold move to start redshirt freshman Chris Rix. Rix was an athletic freak and had all the tangible athletic ability in the world. Sometimes, that athletic ability would be made into forced mistakes. Unlike Ball, Rix had five chances to beat his rival Miami as they played in the 2004 Orange Bowl.

In a unique situation over the 2003 and 2004 seasons, Miami and FSU played each other three times within a one-year period. Rix and Sean Taylor were the best passing combination in the state of Florida in the early part of the millennium. Unfortunately for Rix, Taylor played for the rival Hurricanes. 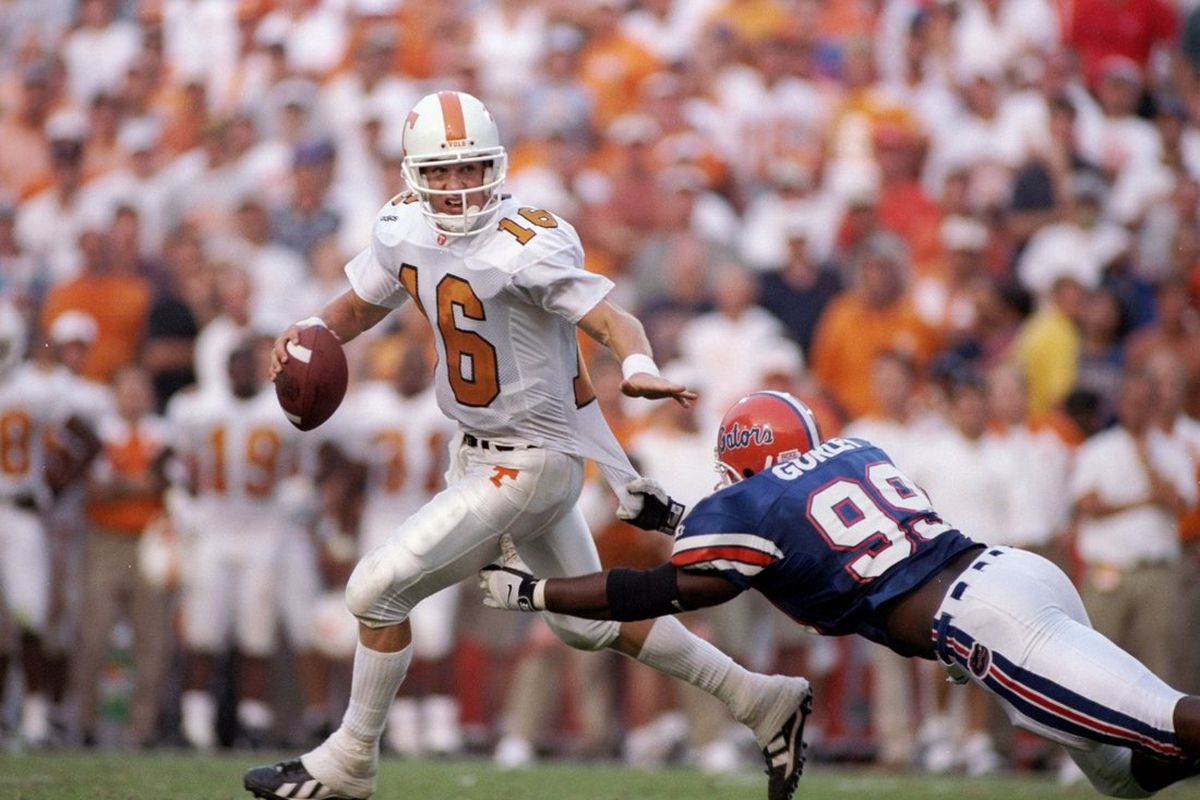 One of these things is not like the other. While in talent and prestige, you are correct, but as far as the topic of this article, they do. During Manning’s tenure in Knoxville, the now legendary quarterback’s Volunteers never beat Florida. On multiple occasions, losing to Florida killed his national championship hopes.

He was 0-4 against the Gators in his career and 0-3 as the starter. From 1995 to 1997, Florida served as Tennessee’s only SEC loss. A certain Hall of Famer, Manning went on to NFL MVPs, two Super Bowl victories and a list of accomplishments too big for here. In college football, Manning will always be known as the guy who could never beat the Gators.