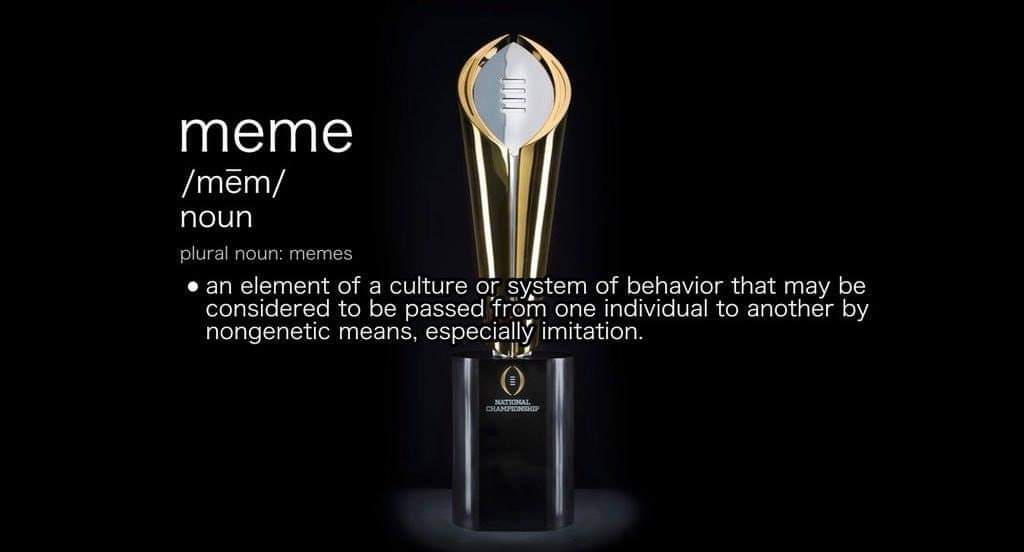 It’s Monday and that means a new batch of the spiciest CFB Memes. Some of these you have seen floating around social media and others will be new.

With conference realignment happening again, there’s so many possible memes. We hope to make this a consistent series so you guys can enjoy the memes. So sit back, relax and have a freaking laugh. 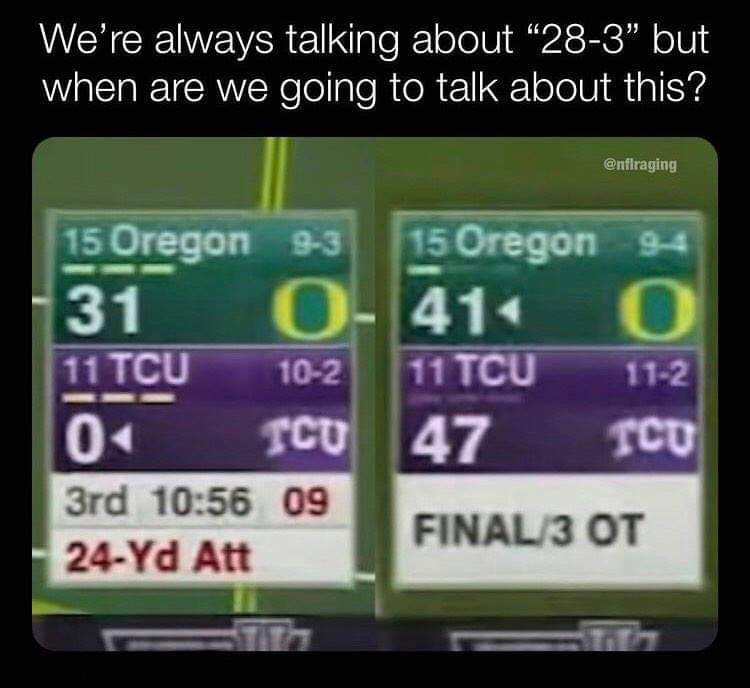 Damn, do you remember how insane this second half was in the 2016 Alamo Bowl? The Oregon Ducks went into halftime up 31-0 and we thought TCU was left for dead. Right before halftime, Oregon starting quarterback Vernon Adams Jr. had an injury which would cause him to miss the rest of the game. That paired with a major defensive breakdown from the Ducks led to the biggest NCAA comeback in a bowl game ever (tied with the 2006 Insight Bowl). TCU would score on all nine possessions in the second half and win 47-41. 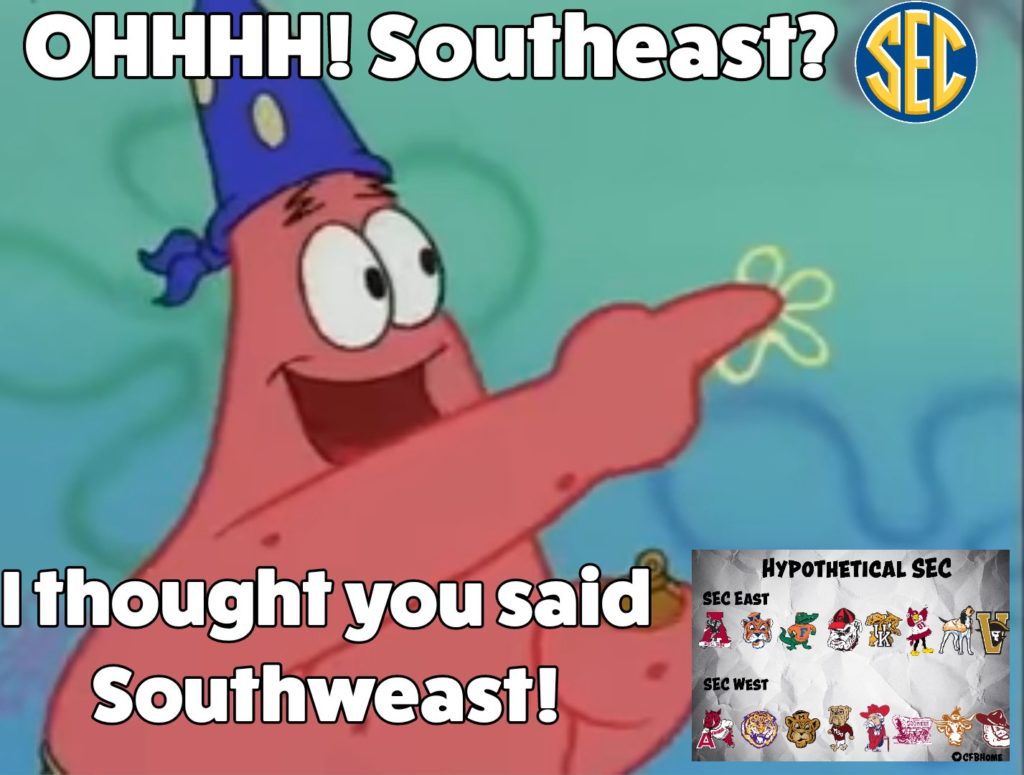 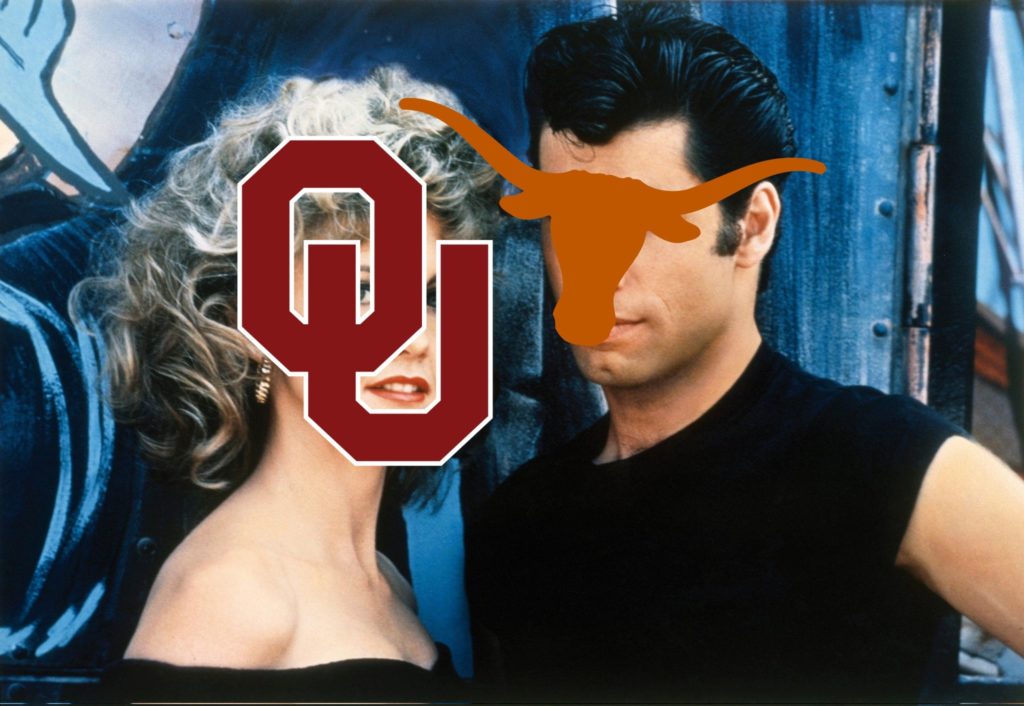 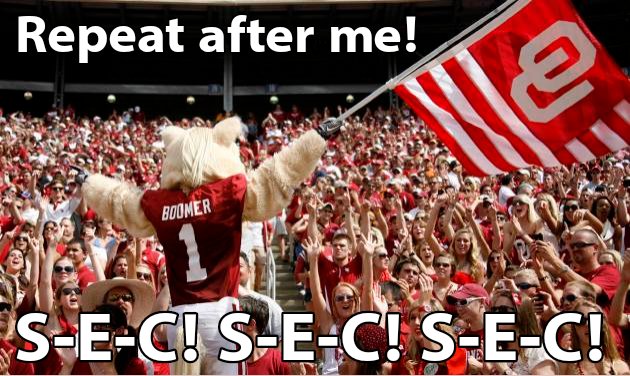 For years, Oklahoma and Texas fans made fun of this conference chant. When they finally make it to the conference, will we see them take part in SEC tradition? Paul Finebaum’s ears might get bigger when he hears it. 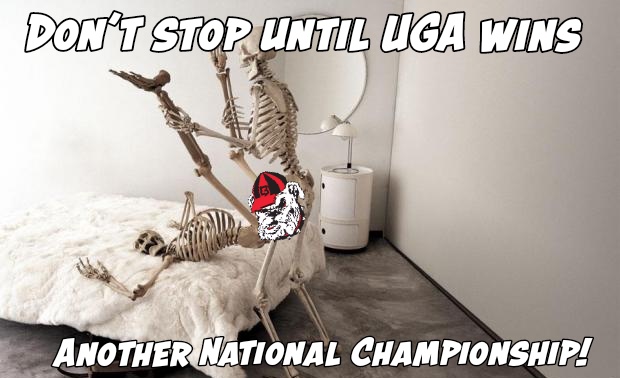 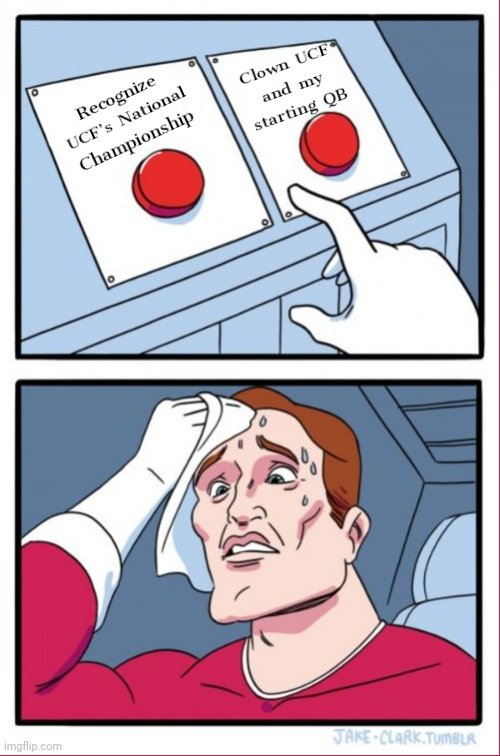 We are going to need to pull some receipts from Florida State fans that were clowning UCF’s 2017 national championship claim. This could be a hard decision to make. I know what FSU’s presumed starting quarterback would say. 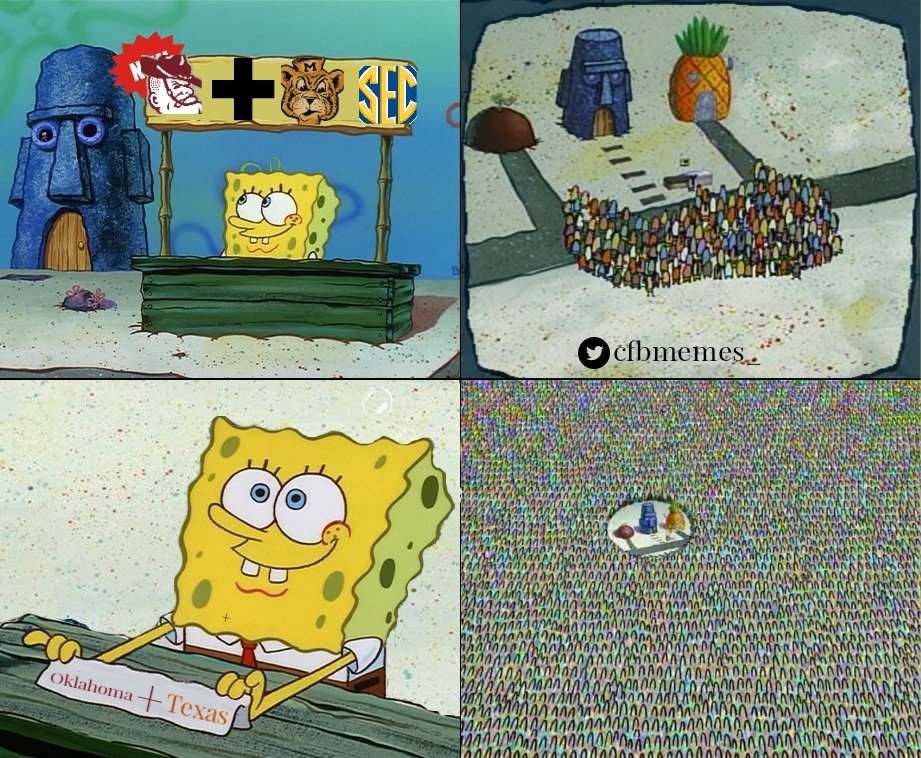 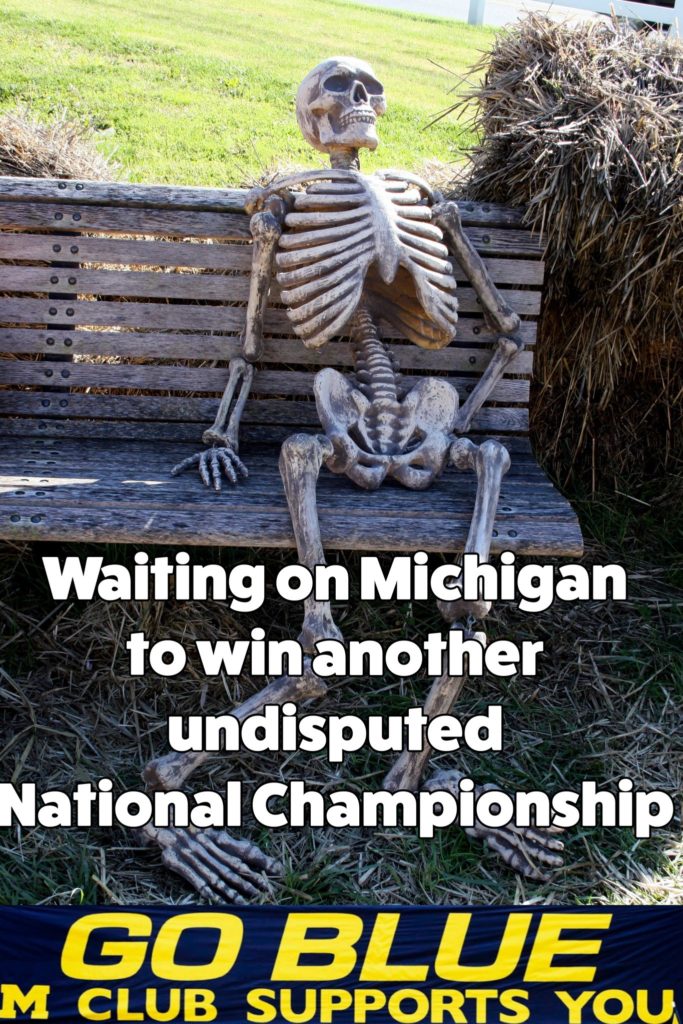 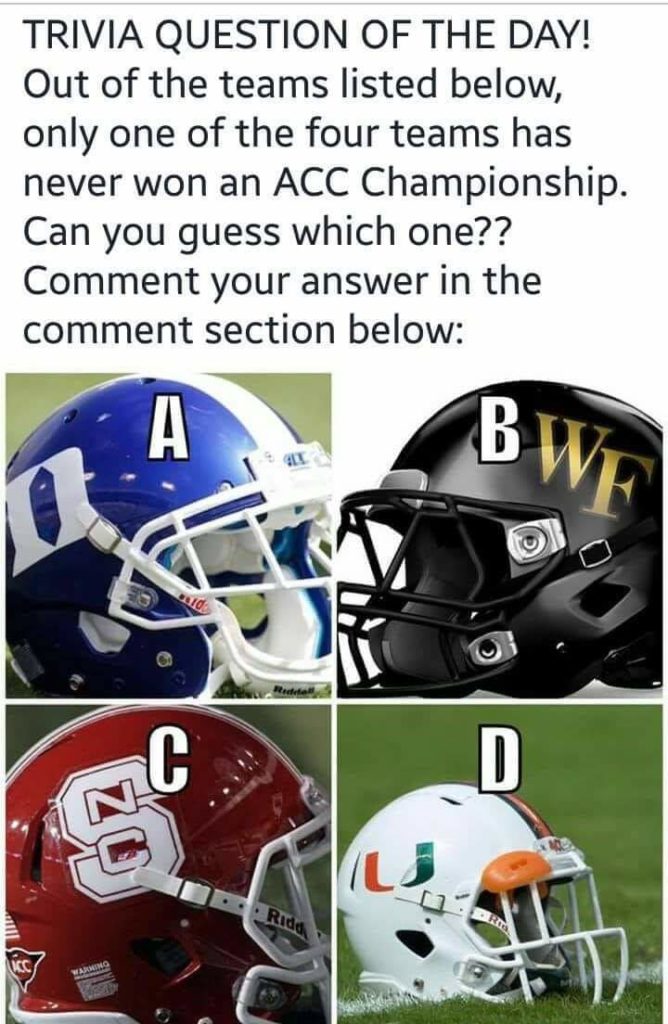 How smart are you? Can you guess the correct answer? 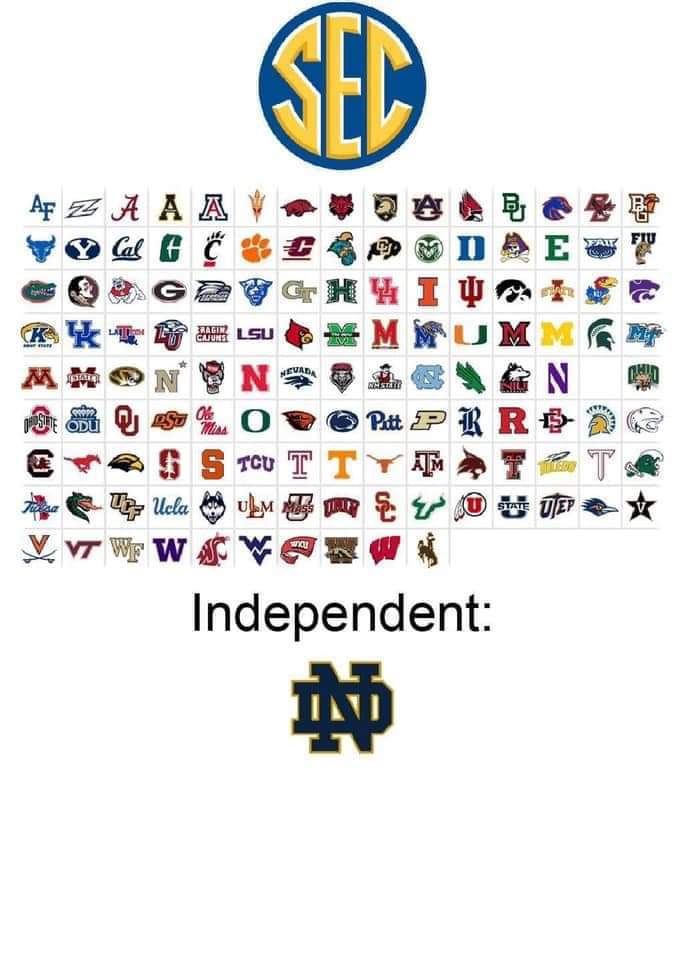 MEGA CONFERENCE. Pretty soon, if the SEC keeps expanding, we won’t have anyone left besides Notre Dame.