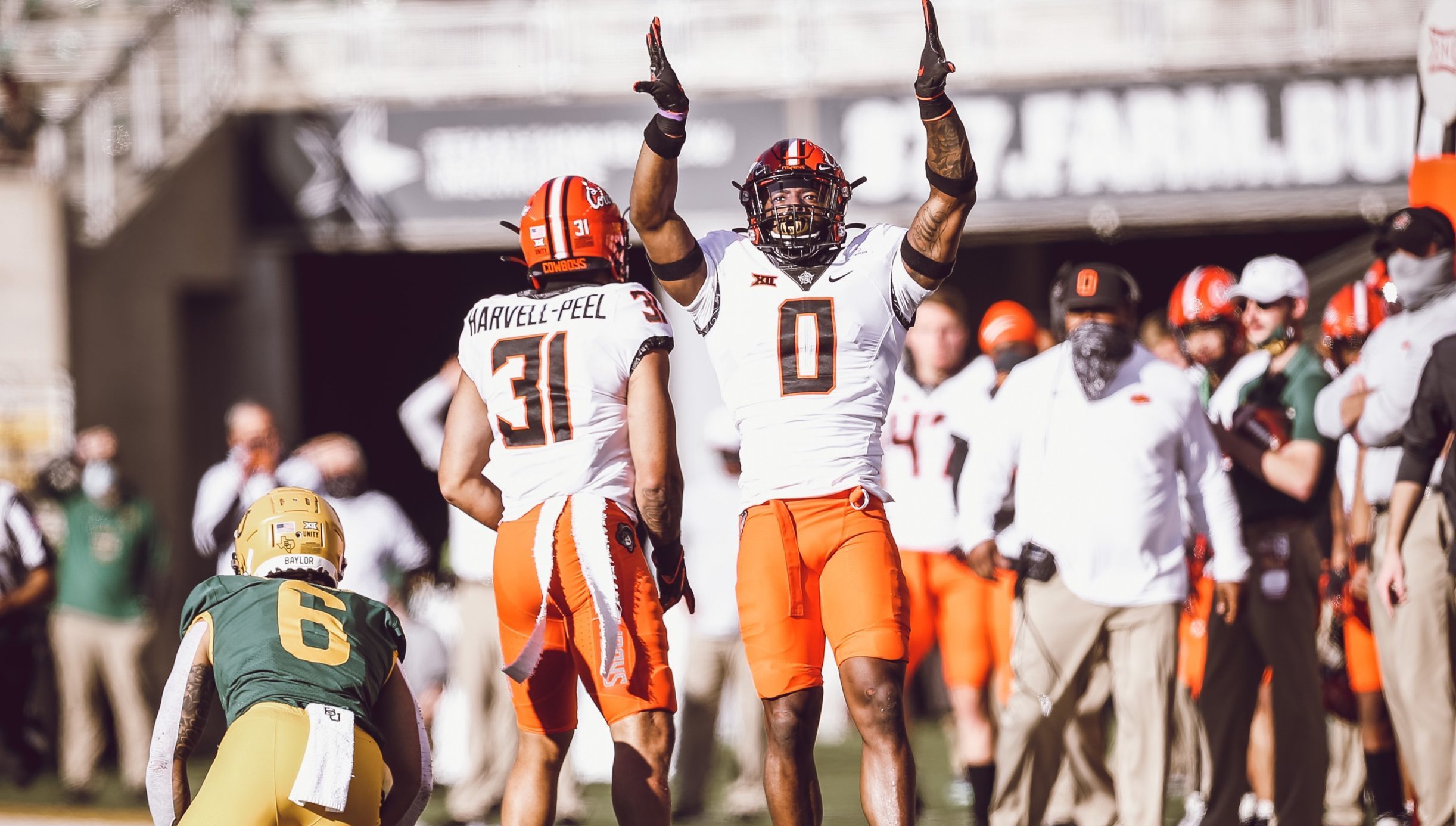 That means it’s time to continue our predictions for every single bowl game of the 2020 season. We’ve already covered the ones through Christmas, but now it’s time to get you to New Year’s Eve.

We pick it up with the Cure Bowl, which will be played between two programs looking for national attention. Coastal Carolina and Liberty will take part in what should be a good one in Orlando.

There will be seven bowl games over the next five days. We predict each of them.

Liberty (9-1) vs. No. 12 Coastal Carolina (11-0)
The gifts that just keep on giving. Yes, Liberty and Coastal Carolina will meet up in the Cure Bowl down in Orlando. This match-up was scheduled to happen during the regular season, but to the dismay of many, was cancelled due to COVID-19 issues in Lynchburg.

Flames’ quarterback Malik Willis will be able to keep this one close, but the Chanticleers are going to be angry at 11-0 and not part of the New Year’s Six. Unfortunately for Hugh Freeze and company, they’ll take that out on Liberty.

Western Kentucky (5-6) vs. Georgia State (5-4)
What a finish to the season for the Western Kentucky Hilltoppers. After starting the season 2-6, the Hilltoppers won their final three games to likely secure the Sun Belt’s final spot in a bowl game. The Panthers have also ended the season on a roll though, winning three of their last four games.

This game will be pretty even, but Georgia State quarterback Cornelius Brown IV is an absolute stud. He’ll be the difference in the game as the Panthers will get it done.

No. 19 Louisiana (9-1) vs. UTSA (7-4)
This is a sneaky fun match-up in the First Responder Bowl. UTSA was originally supposed to play in the Tropical Smoothie Cafe Frisco Bowl, but that game was canceled after COVID issues arose in Roadrunner opponent SMU’s locker room. UTSA has only been around as a program since 2011, and will be playing in only its second bowl game ever.

Sincere McCormick is a legit Roadrunner on the ground, as he currently sits at second in the nation in rushing yards. UTSA will give Louisiana fits, but ultimately Billy Napier and his star quarterback Levi Lewis will squeak one out.

No. 18 Miami (8-2) vs. No. 21 Oklahoma State (7-3)
There is no Chubba Hubbard at Oklahoma State anymore, and D’Eriq King is electric under center for the Hurricanes. But momentum is going to be a factor in this one.

The Cowboys are coming off a 42-3 win over Baylor, while Miami is coming off a 62-26 home embarrassment at the hands of the North Carolina Tar Heels. A once stout Miami defense allowed nearly 800 yards its last time out. Oklahoma State wins a shootout.

But the Texas Longhorns simply can’t afford to lose this one, and they’ll overpower the Buffaloes in this one. Props to Colorado for putting the Pac-12 on notice by being the only conference bowl representative not in a New Year’s Six game. In the end, Texas will be too much.

Wake Forest (4-4) vs. Wisconsin (3-3)
The first ever Duke’s Mayo Bowl features two teams that played a minimal amount of games due to COVID-19 cancellations. There are no real competitive edges here.

The Demon Deacons surprised some folks this year. Led by quarterback Sam Hartman who threw for just short of 2,000 yards, the Wake Forest offense really put up points this season. Wisconsin on the other hand, has underperformed.

Once a favorite to win the Big Ten West, the Badgers then proceeded to drop three straight. Quarterback Graham Mertz was unable to continue to play at a high level after a stellar debut against Illinois. Although it’s been a disappointing year for Wisconsin, this just seems like a game where it all comes together. Wisconsin will get it done in Charlotte.

No. 15 Iowa (6-2) vs. Missouri (5-5)
It’s been a good year for both of these two programs. The Iowa Hawkeyes started the season 0-2 before they put it all together and finished by winning their final six games.

Missouri has overachieved under Eli Drinkwitz, who has done a marvelous job in his first year in Columbia. But the Tigers most recently dropped a clunker to a down Mississippi State team. Missouri is good, but Iowa is playing better and will get it done in the Music City.