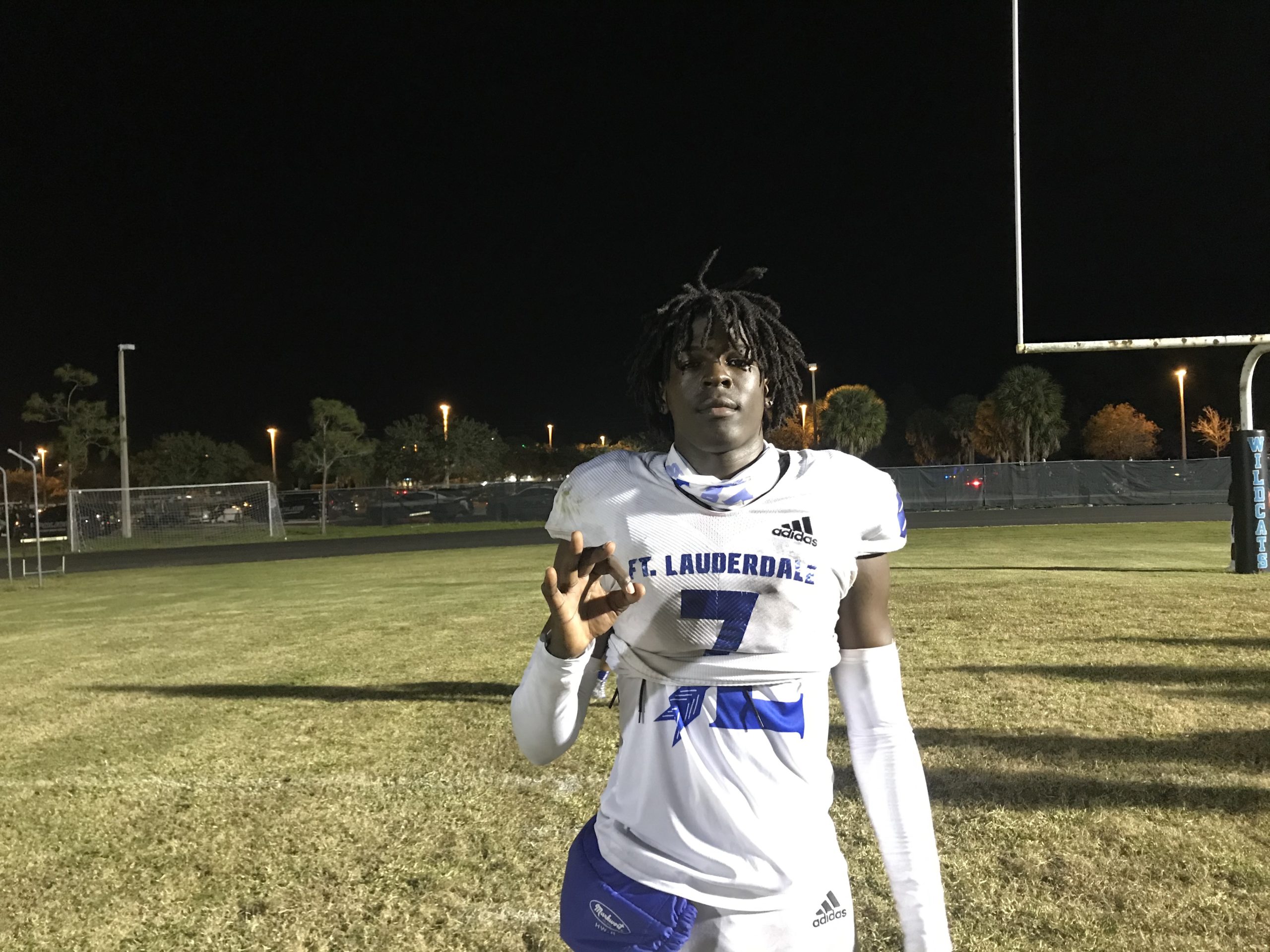 When the early signing period opens up on December 16th, Florida Atlantic will earn the signature of at least one new offensive weapon.

Jahmal Edrine, a wide receiver from Ft. Lauderdale High School, is set to sign with FAU in December. Edrine is also set to enroll in January, the earliest high school recruits are able to enroll.

Despite other teams trying to contact Edrine to flip his commitment, Edrine remains firm in his commitment and is locked in with the Owls.

Edrine is in constant contact with FAU’s offensive staff. Wide receivers coach and co-offensive coordinator Drew Mehringer is mostly in contact with Edrine.

“Everyday,” said Edrine when asked how often he’s in contact with the staff. “[Coordinator of Player Personnel] Coach [David Kelly], Coach Mehringer, that’s my guy, love Coach Drew. Coach [Kevin Patrick], Coach Trickett, all of them hit me up every day. Quote, anything, ask me how my week’s going, so I love them guys. Definitely, we talk everyday.”

Along with coaches, Edrine is also in contact with fellow 2021 recruits in a group chat that they have.

Goals and Competing on Day One

Edrine isn’t setting his sights low at FAU. With a successful season for FAU, Edrine is setting the sky as the limit for both the Owls and himself.

Even though FAU has talented veterans at the wide receiver position, Edrine is ready to come in and compete with the likes of John Mitchell, LaJohntay Wester, and even potentially TJ Chase, should he choose to return under new NCAA rules which allow players to earn an extra year of eligibility.

“As soon as I come in, I’m ready,” Edrine said. “Them boys better be ready too because I’m coming to take their spot, so I hope they’re ready.”

Although Edrine didn’t get credited with a bunch of catches, he was explosive all game. Edrine had two touchdowns called back due to an unsportsmanlike conduct penalty and an ineligible receiver downfield. On both of those catches, Edrine showed his elite ability to make plays.

Edrine’s first score came on a drag route across the middle of the field. After the catch, Edrine made multiple guys miss on the way to the end zone.

Edrine’s second touchdown came in the fourth quarter. Edrine was out wide and was forced to make a play on an underthrown ball. After coming up with the catch, Edrine used his speed to break away from the defenders.

Despite not finding the end zone this game, Edrine had no problem finding it during the season. In just two regular season games (high school football schedules were shortened due to COVID-19), Edrine finished with 224 yards and four touchdowns on 10 receptions.

Although Edrine was limited in receiving work, his talent shined in different ways. Edrine was a strong blocker on run plays, using his strong frame to body out defenders. Not only was Edrine efficient in his blocking, but he was also a willing blocker, which is hard to come by for many young receivers.