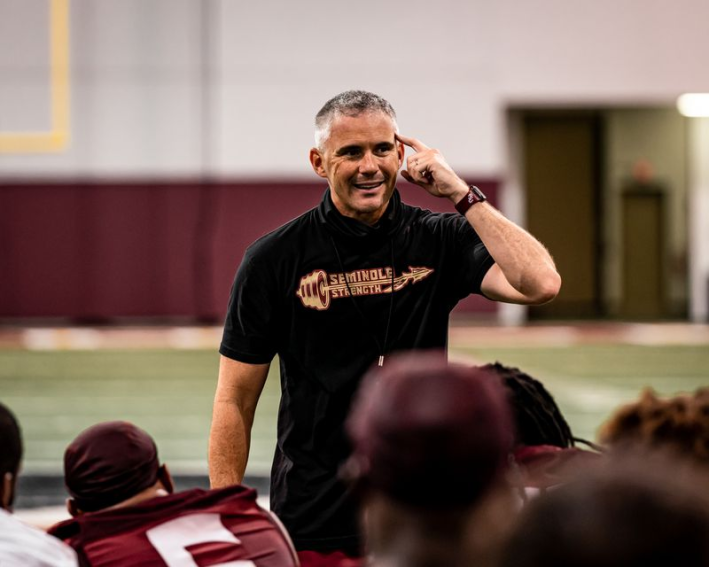 Florida State football is 2-6 on the season, with two rescheduled games tentatively remaining. Given the odds of winning both of those games, FSU could just as easily finish 2-8 or 4-6.

Added to a miserable season is the fact that 18 players have transferred or announced their intent to transfer as of this writing (Editor’s note: that was 12/3).

Fans are already calling for firings, and head coach Mike Norvell looks like he hasn’t slept in a month.

How can he right the ship?

To get an idea of what could be in store, let’s take a look at what he did at Memphis. Florida State is an entirely different beast, but historical evidence is the only kind we’ve got to work with.

Norvell didn’t exactly take over a rebuilding roster, but inherited a program trending up following a Justin Fuente rebuild. There’s no question that Norvell can field a capable team when given the pieces to work with. He took over a Memphis team coming off of a 9-3 record and kept rolling, going 38-15 in his four year stint.

While he did build off of Fuente’s success, his fourth year is telling. Typically a head coach’s fourth year is indicative of what they are capable of. At that point, the roster is almost entirely a result of their evaluation, recruiting, and development.

His fourth-year Memphis team was 12-1 when he departed, with three victories against ranked opponents. They finished ranked 17th in the country – a feat ‘Nole fans would kill for at this juncture.

Recruiting out of the Hole

Mike Norvell left the Tigers to accept the difficult challenge of rebuilding Florida State football. He has inherited a roster built on turmoil, with two head coaching changes near the Early Signing Period and a COVID offseason.

Norvell’s path to fixing FSU is clear. In legendary head coach Bobby Bowden’s words, “Recruit your way out of this mess.”

FSU’s first class under Mike Norvell was a hybrid between rushed evaluations and what he kept from former head coach Willie Taggart’s class. The 2020 class finished with an average rating of 0.8796. As of this writing, the 2021 class average is 0.8782, with limited ability to assess recruits in person.

There’s evidence that Mike Norvell has the scouting ability to recruit the ‘Noles out of the current mess. Legendary FSU assistant Odell Haggins has compared Norvell’s recruiting style to Bowden’s – he wants athletic guys, but his priority is players with character. Haggins said, “I’ve seen a lot of great teams with a lot of great athletic ability and didn’t have the character to win the games they’re supposed to win. If you get guys with character and athletic ability, that’s when you start winning championships.”

If Norvell is to succeed at FSU, he needs to reset and raise the floor of this roster. He has already shown he is not shy to play underclassmen and purge the roster. Look for FSU to take as large of a signing class as NCAA rules allow, with potentially much more attrition of the current depth chart.

If he is given time to flip the roster, he can at the very least recreate his success at Memphis with the current level of recruiting. The 2019 Memphis Tigers would have been a force in the ACC. If FSU can at least get there, the big-name recruits will begin paying attention.

It could get worse before it gets better, and that’s not something a fanbase with incredibly high expectations wants to hear. But Norvell’s only path to climb out of this hole is proving he can develop and field a successful team at Florida State. Unfortunately, such success is only going to come with time and diligence.