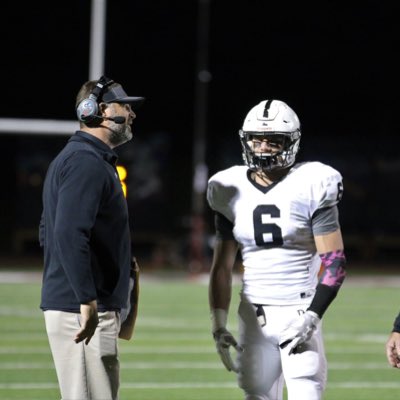 Old Dominion has raked in its third linebacker of the 2021 recruiting class. Jason Henderson will join two-star linebacker Wayne Matthews III and three-star Taevion Eades in the Monarchs’ 2021 haul.

Henderson, out of Milford, Penn. says there were a plethora of reasons why Henderson chose ODU, but he is keeping with the trend of having a great connection with new Monarchs head coach Ricky Rahne.

“I had a really good relationship with coach Rahne and a few other coaches,” Henderson said. “It seemed like I was a priority for them and I really like the campus and the location and just overall thought it was the best fit for me. Lately, we have talked every other day or so and I was able to meet him in person at Penn State visits.”

Henderson saw the campus about a month ago.

“I went up and drove and walked around campus around a month ago,” Henderson exclaimed. “I was able to see the outside of campus and things and then I got to ride around town and see what it was like and saw some good food places — things like that.”

Henderson also saw the more scenic parts of the area.

“We walked along the bay on the sidewalk went to the beach and ate at Waterman’s,” Henderson said of what he saw when he came down. “I’ve been there multiple times and I love it, but my dad and grandfather also really enjoyed it.”

The trio of linebackers ODU has recruited so far should pair well with young guys at their position like Malcolm Britt, and other young defensive players like LaMareon James and Levi Wentz.