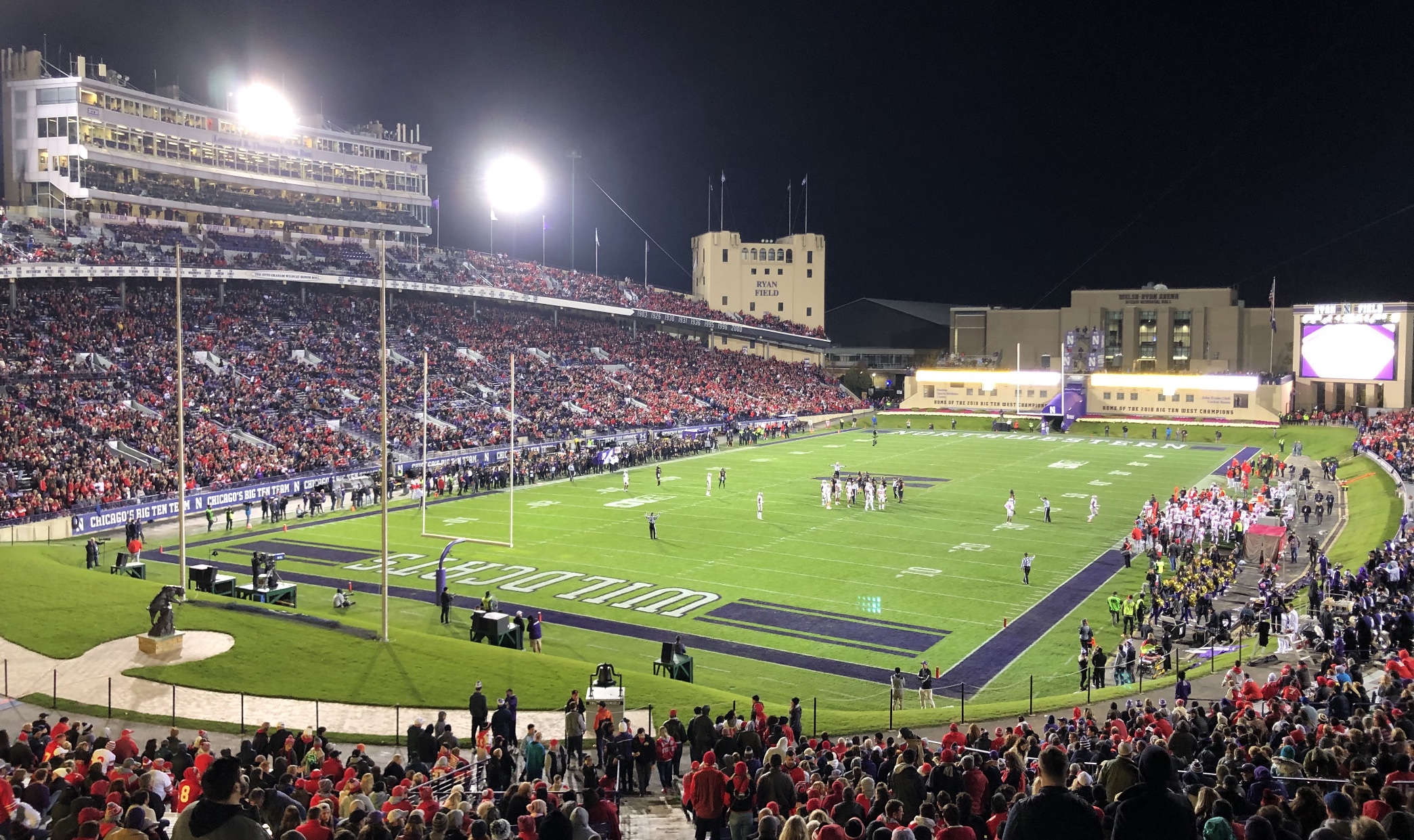 In this third installment of this all conferences experience series, our game traveler, Mike (@CFBcampustour) will be answering questions focusing on the “best of” categories for each conference.

The next conference up is the Big Ten. To date, he’s witnessed a game at 10 of the 14 Big Ten schools. Here’s the breakdown:

What is the best Big Ten game you’ve witnessed?

The Nittany Lions dominated the first half. They owned time of possession, dominated on defense and really had Ohio State out of sorts. They only built a 13-0 lead though and it felt like they left a lot of points on the table. Penn State was surely disappointed when the Buckeyes scored right before the half to cut it to 13-7.

After Ohio State running back J.K. Dobbins put the Buckeyes ahead early in the thir quarter, Penn State responded with two straight touchdowns to regain the lead, 26-14. With eight minutes remaining and the force of over 100,000 maniacal Nittany Lion fans, victory seemed assured.  Unfortunately for them, Ohio State was able to tap into the same magic it used in 2017 to deliver an equally devastating loss for PSU.

Even though Hill gave the crowd the quiet sign, he didn’t have to. Other than the small contingent of Buckeye fans, Beaver Stadium was dead quiet.  Never in my life had I heard such a contrast between crazy high decibel levels and deafening silence. Ohio State stopped the final Penn State offensive drive and captured the 27-26 in hostile territory. It was an unforgettable experience in what is possibly the best environment in the entire country.

Northwestern/Ryan Field. The Big Ten has some iconic venues obviously, so this is a tough one. The Big House in Michigan is everything it’s hyped up to be and more. The combo of historic value and fan engagement inside and outside of Wisconsin’s Camp Randall is unbelievable. Minnesota’s TCF Stadium is a newer stadium with a classic feel and beautiful view of the downtown Minneapolis skyline.

My pick however, is Ryan Field. I went to Northwestern’s Friday night game last year vs. Ohio State and witnessed a 52-3 beatdown by the Buckeyes. It didn’t matter though, because I was completely mesmerized by the stadium. 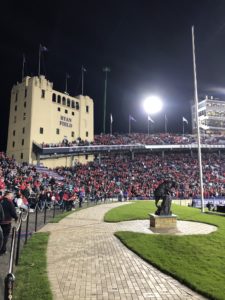 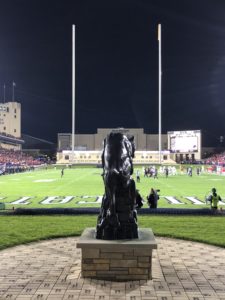 While there have been modern amenities added to the stadium (press box, video boards, etc), Ryan Field feels like an old stadium. It was built in 1926 for 25,000 fans and though its capacity has nearly doubled, it still has very little seating behind the end zones. This really enhances that home side vs. road side of the stadium dynamic.

Two concrete towers peer over the field, flanking each side of the press box. And a bronze Wildcat statue sits right behind the goal posts just beyond the south end zone. I honestly felt like I was in a time warp and kept thinking about all the legendary Big Ten teams and players that played on this field over the many decades.

I’ve been inside the stadiums of the four remaining schools I need, but not for a game. Nebraska and Ohio State are obviously premier venues, so I may change my favorite in the future.  Based on what I’ve seen to this point however, Ryan Field is my favorite Big Ten Stadium.