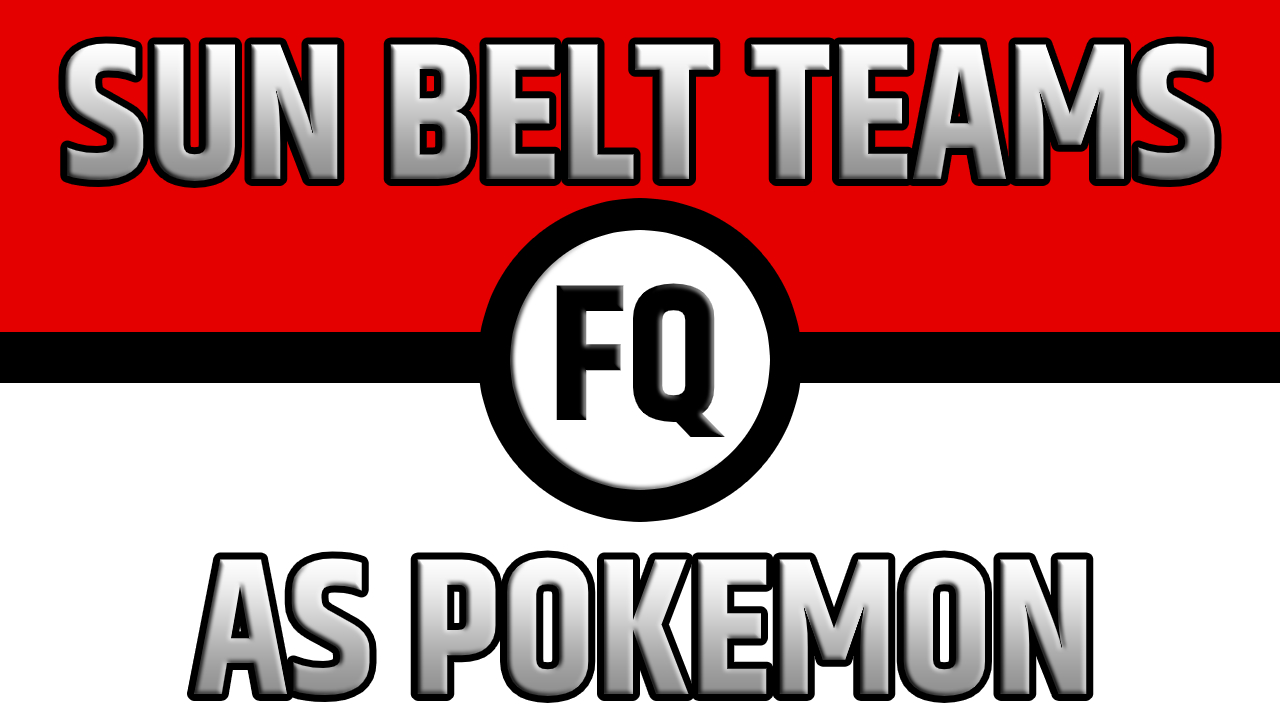 Woo! It’s the Fun Belt or we mean Sun Belt. This conference has been a member of the FBS level of college football since 1976. But what if all its teams’ mascots were replaced with Pokemon?

A newer addition to FBS-level football, Appalachian State is most well-known for something it did as an FCS team when it knocked off fifth-ranked Michigan to open the season in 2007 in Ann Arbor.

Since joining the Sun Belt, App State has been a complete juggernaut, with no losing seasons and a bowl in each season eligible with a 5-0 record in bowls. The Mountaineers also claimed the last four Sun Belt titles. 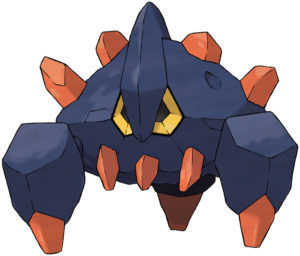 Pokedex description: “When it is healthy, its core sticks out. Always facing the same way, it swiftly moves front to back and left to right.”

#RockBoyz is what App State is calling its 2021 recruiting class and Boldore is certainly a rock boy. When App State is healthy, its core sticks out. For its entire time in FBS, the Mountaineers have been facing the same way — up.

A member of the Sun Belt since 2001, the Red Wolves have been very much on a roller coaster with seven losing seasons to begin their tenure before a 6-6 season. Their first winning season came in 2011 when they went 10-3, beginning a streak of winning seasons that still stands.

The Red Wolves have claimed part, or all of five Sun Belt titles in their existence with all coming in the last nine seasons. 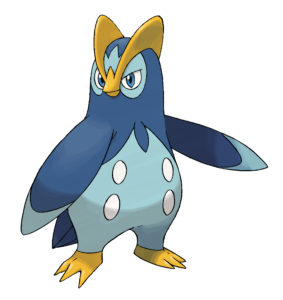 Pokedex description: “Because every Prinplup considers itself to be the most important, they can never form a group.”

Prinplup is the second in the Piplup chain, which makes sense. Arkansas State has evolved from what it once was, but could get bigger and better. It looks mean and fierce also, just like Arkansas State.

One of the newest teams in FBS, let alone Sun Belt, the Chanticleers have been Sun Belt members since 2017 after spending a season as an Independent.

While the Chants are still waiting for their first winning season in the Sun Belt, they did go 10-2 in 2016 as an Independent. Coastal Carolina has had three straight losing seasons, but has won five games each of their last two seasons, marking an improvement. 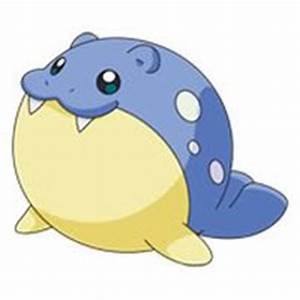 After six FCS titles, Georgia Southern moved to FBS in 2012 and won the Sun Belt title its first season as a member. The Eagles’ best season, however, was in 2019 when they went 10-3 and won the Camellia Bowl — one of two bowl wins in three appearances.

Georgia Southern is defiantly a program on the rise. 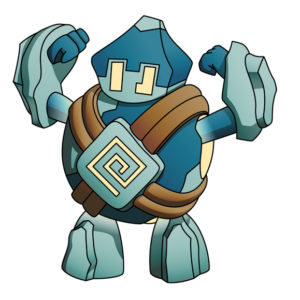 Pokedex description: “Ancient science fashioned this Pokémon from clay. Its been active for thousands of years.”

A member of the Sun Belt for their entire time in FBS, the Panthers made the move in 2013 after just three seasons at the FCS level. Since moving up, it has been a very up and down existence for Georgia State. With just two winning seasons (2017 and 2019), the Panthers have yet to reach their full potential, with a high watermark of seven wins. 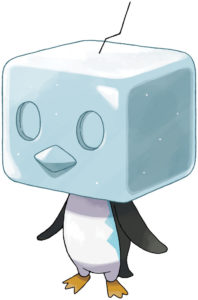 Pokedex description: “The ice covering this Pokémon’s face has shattered, revealing a slightly worried expression that many people are enamored with.”

Fans could be slightly worried about Georgia State’s beginning to its time in FBS, but many people are excited watching.

One of the longest-running FBS programs in the Sun Belt, the Ragin Cajuns were forced to vacate 22 wins, plus two New Orleans Bowl wins in the early 2010’s. Since then, the Ragin Cajuns have been middling, but the last two seasons under new head coach Billy Napier have been an improvement. In Napier’s first season, the Cajuns went 7-7 with a trip to the Cure Bowl, but in 2019, Napier led the team to a 11-3 record, Lending Tree Bowl win, and a conference title game appearance. 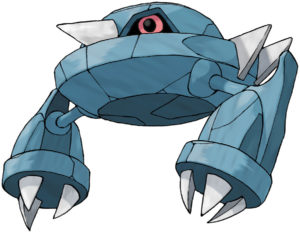 Pokedex description: “It flies at high speeds around the skies. When it finds its prey, Metang takes a firm grip with its sharp claws and never lets go.”

If the Cajuns know best, they will grip Napier and never let him go. Under Napier, Louisiana has the ability to evolve and fly at high speeds through the Sun Belt and possibly even into the AP top 25.

The Warhawks, members of the Sun Belt since 2001, have seen just one winning season since joining — an 8-5 record in 2012. That was also their only bowl-eligible season this century.

Despite the fact that they stay towards the bottom of the conference, ULM did provide college football with two of the more notable upsets in recent memory, defeating Alabama 21-14 in 2007 after being 25-point underdogs. In 2012, Louisana-Monroe knocked off eighth-ranked Arkansas 34-31 in overtime in a season opener in Little Rock.

The upset of Alabama in 2007 remains the only loss to a non-Power 5 school during head coach Nick Saban’s tenure. 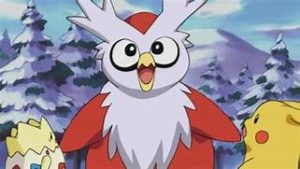 Pokedex description: “It nests at the edge of sharp cliffs. It spends all day carrying food to its awaiting chicks.”

Look closely at the photo and you will see Pikachu and Togepi with shocked faces. That was all of us when ULM beat Alabama and Arkansas and then scared Auburn.

Delibird is always on a cliff; will it fall to success or flat on its face? 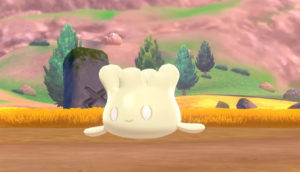 Pokedex description: “This Pokémon was born from sweet-smelling particles in the air. Its body is made of cream.”

Just like the idea of USA moving into FBS, the smell of limited success in FCS birthed an FBS team. Just like cream, that idea has soured so far.

The Bobcats are another newer Sun Belt team with very little success as their only winning season came in 2014 when they went 7-5. Texas State has yet to reach a bowl game. Back-to-back 3-9 seasons have now followed back-to-back 2-10 seasons. 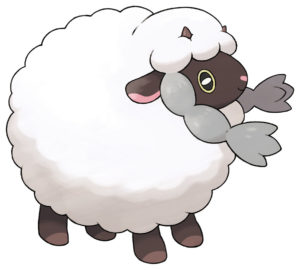 Pokedex description: “ts curly fleece is such an effective cushion that this Pokémon could fall off a cliff and stand right back up at the bottom, unharmed.”

Wooloo, like Texas State falls off cliffs and gets back up. The difference is, Texas State keeps falling off the cliffs.

Ah, Troy. An FBS program since 2001, and a Sun Belt member since 2004, the Trojans actually do have a bit of success in their history. A five-year span of winning seasons and a three-year bowl streak came in the late 2000’s. That was followed by a stretch where Troy could not get back to above .500. 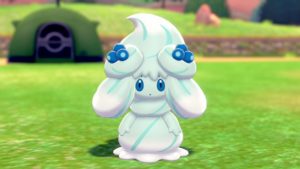 Pokedex description: “Can produce whipped cream, which becomes richer the happier Alcremie is feeling. Desserts made using this cream are invariably delicious, so many pastry chefs strive to have an Alcremie as their partner.”

Troy is what South Alabama hopes to become as their Milcery evolves into an Alcremie. That comes in a variety of flavors, as does seasons in Troy’s history.