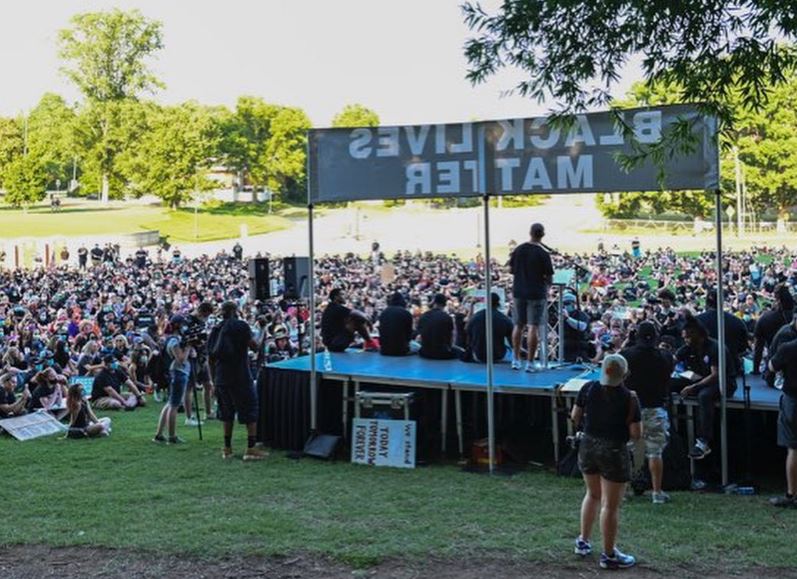 As we all have seen over the last few weeks, there is a divide in the nation.

Black people (and that includes black athletes) have been treated wrong for far too long in this country. The greater portion of the country has realized it is time for a change in the wake of the senseless killings of black men by police and the many systematic injustices.

In times like this prior, people would rally around sports, but not this time. With the COVID-19 pandemic still sweeping the nation, there are no sports. Perhaps, that’s a good thing.

So often, fans want to cheer on their favorite player until it’s time for that player to shed light on the issues important to them. Fans will say “can’t you just stick to sports” or “just catch the ball” and other things indicating that they don’t think the athlete should talk about causes near to them, but what about this cause?

Players at the University of Texas have committed to not participating in recruitment activities until a few demands are met. One includes changing the name of Robert Lee Moore Hall. Moore is known for his poor treatment of blacks.

This was met with support from some, but also a staggeringly high level of vitriol by some on Twitter.

During a Black Lives Matter rally in Clemson last Thursday, a group of antagonists drove through the rally’s path prior to the rally. They displayed confederate flags, not only disrespecting to rally and its purpose, but also further showing what that flag actually means. That’s hate — not heritage.

This was all done while Clemson players, such as quarterback Trevor Lawrence, were attending the protest. Lawrence also addressed the crowd at the protest.

VIDEO: Drivers with confederate flags make their way through downtown Clemson ahead of Saturday's protest. pic.twitter.com/oTsmXR3kOm

Dabo Swinney, the head coach of the Tigers who has been seen as tone-deaf to this issue, also showed up to the rally with his players; regardless of what one may think of Swinney, that is a good step forward.

This is not a political issue; this is a human rights issue. If you are going to cheer on these young men on the field, you need to cheer them on off the field as well. Otherwise, it’s clear they are just pawns for your enjoyment. If you can spend four to six hours a week in a stadium yelling chants and cheering players on, you can spend some time during the week listening to what they are saying about this issue. You can spend a few minutes educating yourself about this issue. You owe them that much; it’s not like the athletes are getting paid to play the game you came to see.

If you coach young men of color, stand up for them. This issue impacts them and their families. When you recruit them, you recruit the family also. Any one of these senseless killings could be a family member.

The bottom line is, sports need to do better; we all need to do better. We need to have the backs of the athletes we cheer on and stop telling them to “just play a game”. I don’t personally care if we get sports back. I care that the athletes we cheer on have the ability to walk down the street or do anything a lot of us take for granted without having to worry about being killed because of their skin color.

Sports can leave, but this issue can’t. Black lives matter today, tomorrow, and the day after.