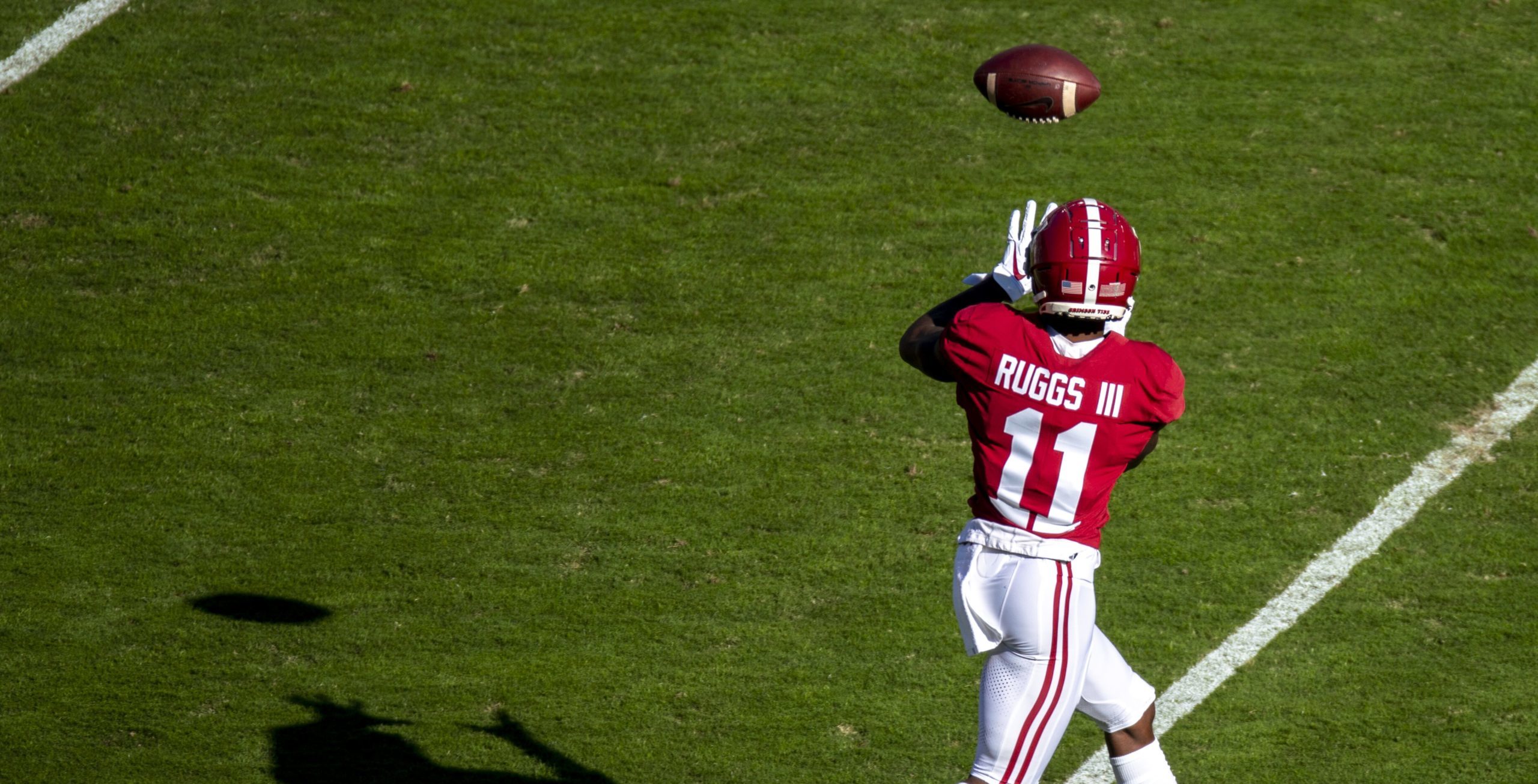 With the 12th overall selection, the Raiders selected Alabama wide receiver Henry Ruggs III, making him the first wide receiver selected. You may know Ruggs as the sidekick to Jerry Jeudy at Alabama, but soon you will know him as the Raiders’ next great wide receiver.

Look up the word fast in the dictionary and you will see Ruggs. He ran a 4.27 40-yard dash at the NFL Combine – which would be second in the league to human lightning bolt Tyreek Hill. Over the course of his time at Alabama, Ruggs caught 24 touchdowns, good for third all-time at Alabama. That puts him in company with Amari Cooper, Julio Jones, and Calvin Ridley. Ruggs’ 17.5 yards per catch is also good for sixth all-time in the Crimson Tide record books. Over his three seasons at Bama, Ruggs touched the ball 100 times, 98 on receptions, with two rushes – both in 2019. His 24 touchdowns are also good for the 18th best career total in SEC history.

At the combine, Ruggs showed out with his 40-yard dash time, a 42-inch vertical jump, and a 131-inch broad jump – all top-five among wide receivers in the 2020 class.

Ruggs is an outstanding athlete who also played special teams at Alabama. While he probably won’t be asked to do that a lot in the NFL, shows how good of an athlete he is. Ruggs is a truly special athlete capable of changing a game in just a few plays.

This is a guy that has elite sprinter speed, was disappointed at the combine by running 4.27, but he is not your typical sprinter…This is a guy that runs excellent routes, has the ability to adjust to the ball, has great body control in the air.- Chris Doering, ESPN

The lightning-quick Ruggs, will be a welcome sight in Las Vegas and will sell jerseys, and catch passes for the next decade. If other Alabama wideouts like Amari Cooper and Julio Jones are any indication, Ruggs will be a premier wideout for the next few years, and will most likely become Carr’s favorite target.