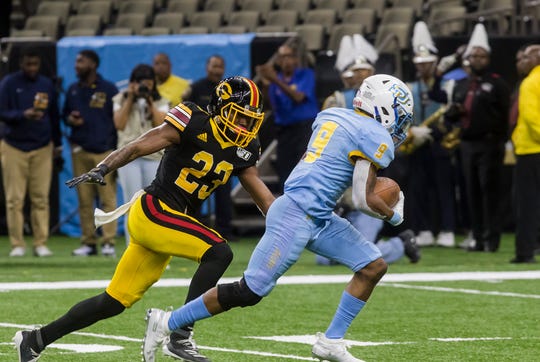 Welcome to the longest off-season in recent history. With the effects of COVID-19, all other sports have canceled or postponed. If we’re lucky, we’ll await August 29th like we’ve never done before. College football is the next thing on the sports menu, and it is so far away. The one positive about the longest off-season of all time is that there is plenty of time to learn of aspects of college football that wouldn’t normally be talked about. Today, we give you that opportunity. We’ll talk about some underrated rivalries. I challenge you not to be the vanilla college football fan and learn something about every level. Today, we explore five intense rivalries from FBS, FCS, DII, DIII, and the NAIA. 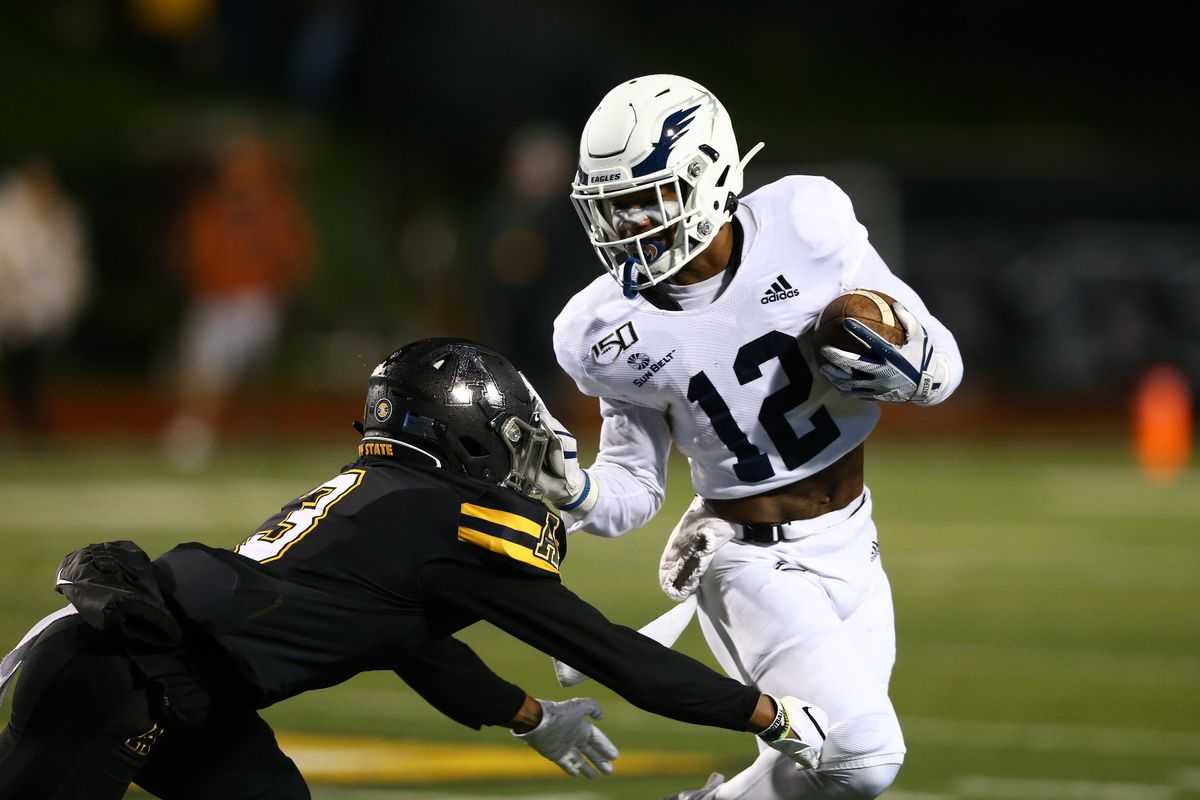 When these two schools were FCS teams, they had a reputation of upsetting the big bad FBS teams. We all remember Appalachian State beating Michigan in 2007. Do you remember Georgia Southern beating Florida in 2013 without completing a pass? Now that the two are FBS teams, the P5 teams definitely aren’t looking forward to games against them.

The two teams were in the Southern Conference together, but now call the Sun Belt home. Neither have been in the conference long but Georgia Southern lays can claim to one outright title, while Appalachian State lays claim to two outright titles.

In the rivalry, Appalachian State leads 19-15-1. Do you remember their last meeting on Halloween 2019? Appalachian State came into the game undefeated and heavy favorites to make a NY6 Bowl. Rival Georgia Southern had different ideas, shocking the Mountaineers in a 24-21 Eagles win. These two met often in the FCS playoffs, offering plenty of upsets when someone was ranked #1.

The Sun Belt has made a terrible move in 2020 in allowing ESPN to broadcast the 2020 edition on a Wednesday night. 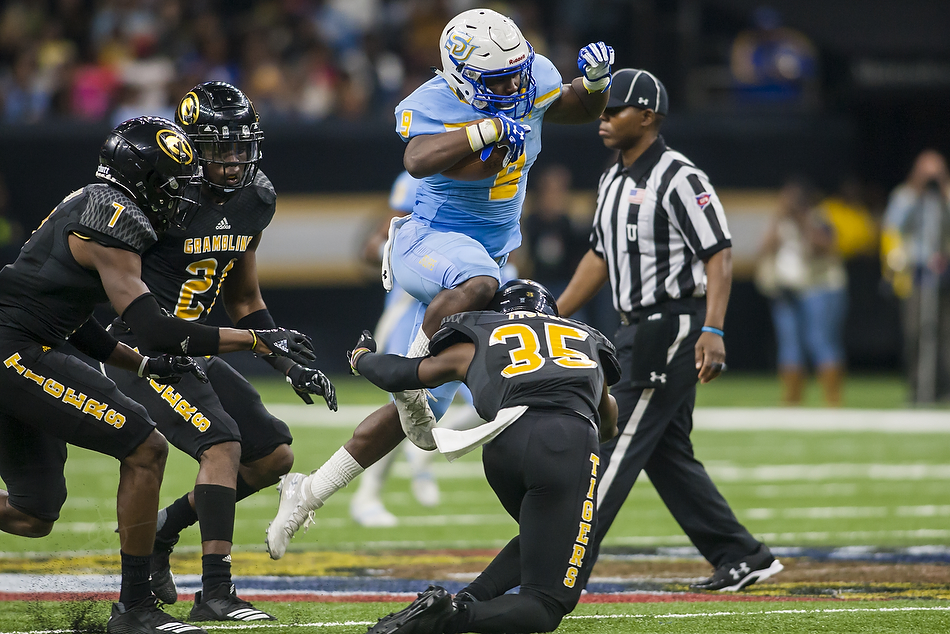 No FCS game has received the national attention The Bayou Classic has. NBC nationally televised the rivalry game for well over a decade. Many legends have found their way through the two programs on opposite ends of Louisiana, such as prestigious coaches like Eddie Robinson or Ace Mumford and legendary players like Super Bowl champion Doug Williams and NFL Hall of Famer Harold Carmichael.

If you have never been to a HBCU game, you need to put it on your bucket list. If you have a choice, I’d recommend going to The Bayou Classic. The two have put well over 150 players in the NFL. This game combines the best food, great atmosphere (New Orleans), battle of two great marching bands, and awesome football all into one game.

When people think of Division II football and lower, they think of minimum crowd size and minimum interest. This may be true for a few, but for most it is not. When it comes to one of the oldest rivalries in Division II, it’s absolutely not the case. Pittsburg State Gorillas and Emporia State pack the stadium. The photo above shows a packed Pittsburg State stadium.

The two programs are rapidly approaching the 100th meeting, but that has slowed down some dude to MIAA scheduling. Both teams often make their mark in the DII playoffs. 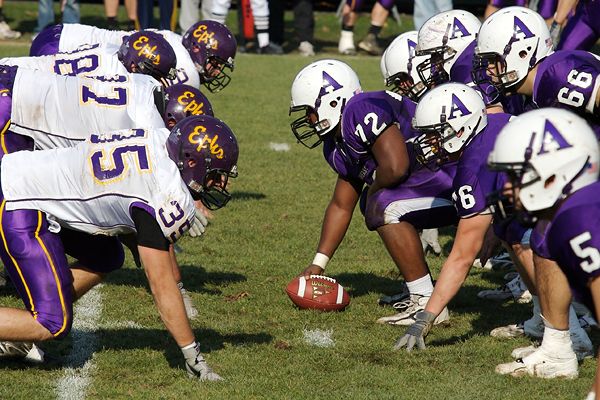 No one has written a better excerpt about this game than the guys from Stacked Sports. Check out what they had to say about “The Biggest Little Game in America.”

The rivalry between Amherst College and Williams College has been marked by bad blood for nearly two centuries. It all began in 1821, when the then-president of Williams, Zephaniah Swift Moore, decided to relocate the school. There was blowback from the administration, as many didn’t want to relocate. Moore decided to leave Williams and took 15 students with him to start a new school. That school was Amherst.

For the 2007 match-up, ESPN’s College GameDay was broadcast live from Williams. The most played football rivalry game in Division III.

Who says the state of Indiana can’t have great football? The Hoosier State has two of the most dominant NAIA teams within its borders. St. Francis and Marian have combined for 4 NAIA national championships and always make waves in the playoffs.

These Catholic schools just don’t like each other – especially on the gridiron. The name of the rivalry traces back to the Franciscan roots of both teams. Also, it’s worth nothing that St. Francis’ Kevin Donley is the 6th winningest coach in all of college football.

If you have made it this far, please consider joining our sports forum. With tough times, we can all pass the time there.