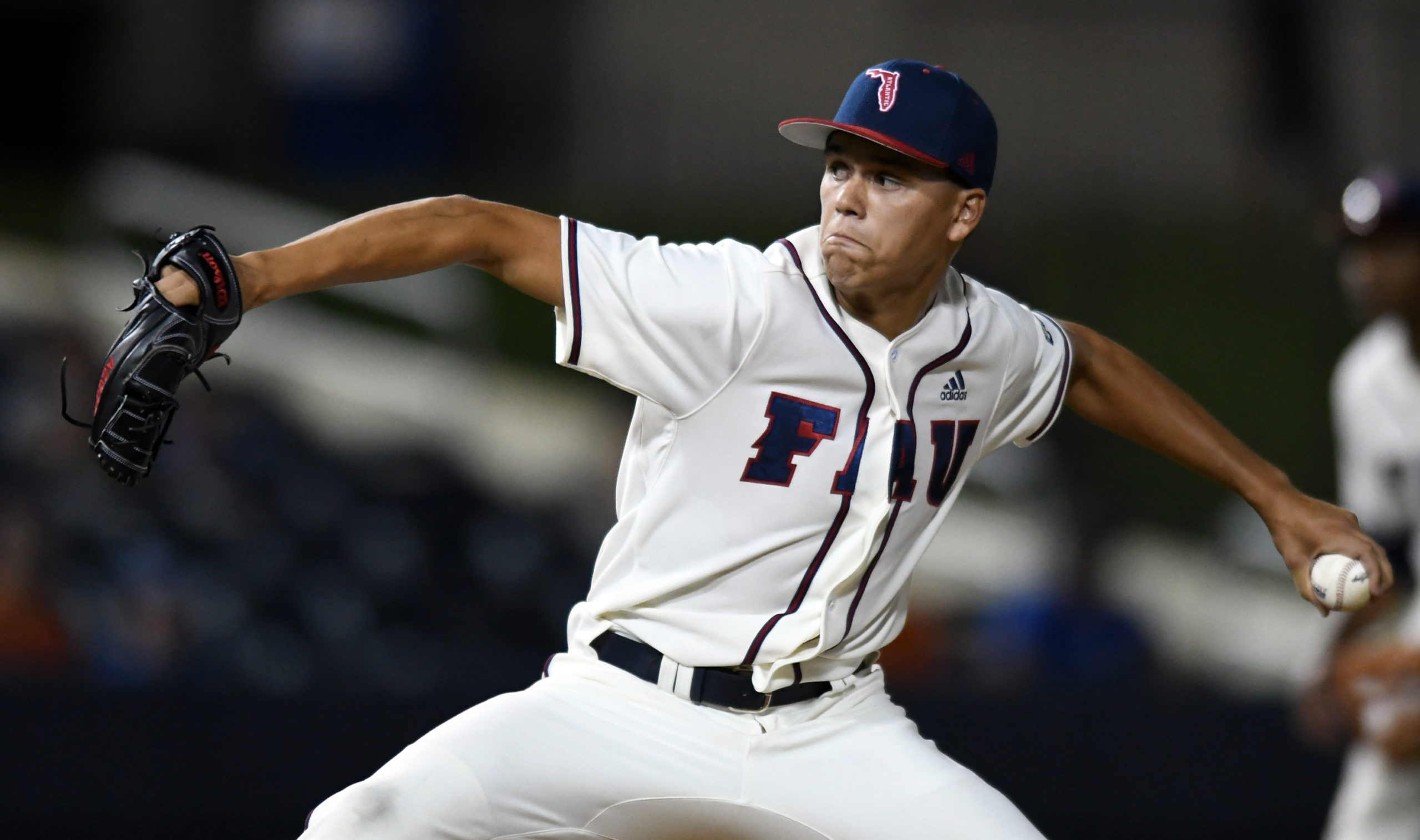 In the early innings, the Florida Atlantic Owls showed promise, but ultimately, the Florida Gators’ firepower was too much for FAU, as the Owls fell to Florida, 7-3.

The Gators’ (12-0) offense quickly took the lead in the first inning, scoring three runs. Although FAU was able to claw back to tie the game in the second, RBIs by Cory Acton and Kris Armstrong in the third gave Florida a lead that they would never surrender.

The Owls turned to starting pitcher Marc DeGusipe, who entered the game with a 10.12 ERA. DeGusipe quickly got in trouble, allowing base hits to Austin Langworthy and Kendrick Calilao, giving Florida 2-0 first inning lead. Later that inning, DeGusipe hit Kris Armstrong with a pitch to give Florida a 3-0 lead. DeGusipe was replaced in the fourth inning after allowing four earned runs.

In the bottom of the first inning, a home run to left by infielder BJ Murray off Florida pitcher Jordan Butler cut Florida’s lead to 3-2. In the next inning, a Wilfedo Alvarez single drove Jordan Wenstrom home to tie the game.

Left Out to Dry

The Owls, however, would struggle to hit with runners in scoring position for a majority of the game. The Owls stranded  runners throughout the game, including a situation with a runner on third and 1 out in the third inning. In the fifth inning, Mitch Hartigan hit a two-out double to center field but was left stranded after Jared DeSantolo struck out swinging to end the inning.

The biggest story was the Gators’ relief pitching, which shut the door on the Owls. After replacing Butler in the third inning, the Gators turned to David Luethje and Christian Scott to silence the FAU bats through the middle innings. “They just throw strike after strike after strike. When I say strike, I mean quality strike: fastballs in, fastballs away, breaking ball down,” McCormack said about Florida’s relievers. “They do not give you an opportunity. They did a fantastic job.”

In 2.2 innings, Luethje allowed just two hits and struck out three and did not allow a run. Scott would relieve Luethje and allow no hits in 3.1 innings pitched.

After Luethje and Scott, the Gators turned to Ben Specht to close the game. Despite allowing two baserunners, Specht would close the door, finishing the game on a BJ Murray strikeout.

FAU will have to quickly forget about the loss, as the Owls will finish off a back-to-back against 7th-ranked Miami at home.

“Baseball guys are resilient because you play so much,” McCormack said about putting the Florida loss behind them. “We talk about next pitch, next game, move on, move on. So, we just gotta move on. [The players] have to get up and go to class tomorrow and be ready to play at 6:30.”