The hurricane flags were flying high at the Florida State practice field this week, and that can only mean one thing – Florida State vs. Miami. The Seminoles (3-2) will be heading down to Miami Gardens this weekend to face off against the arch-rival Hurricanes (4-1).

Statistically, on paper, Miami holds a noticeable edge. Through five games, they’ve been the better team by far. The Hurricanes defensive line is special, leading the nation in tackles for loss. N’Kosi Perry, the redshirt freshman signal-caller, seems to have all the attributes you would like in a quarterback. Couple that with a strong rushing attack for the Canes, who are averaging over 248.0 yards on the ground over the last three games, and you can see why they’re the heavy favorite.

The Seminoles, on the other hand, have been the polar opposite. Through their first five games, the rushing attack has been non-existent, averaging 2.5 yards per carry. That’s last among Power 5 teams. The offensive line has been atrocious, and while the passing game looked very good in the second half against Louisville, it too has been inconsistent for the ‘Noles.

You’re probably wondering why the Seminoles would even take the field Saturday after reading to this point. This should be an easy victory for the Canes, right? In the words of a wise football sage, “Not so fast, my friend!” Rivalry games are different. They don’t typically care who the favorite is or how lopsided the point spread. Anything that can happen will happen – and normally does.

This series is known for last-second heartbreaks. The games take on names and stories all their own. Wide Left. Wide Right, versions 1, 2, 3, and 4. The Miami Muff. The Block At The Rock. The Rally at Tally.

You guys get it.

Most feel Florida State doesn’t stand much of a chance to win this game, and they could be completely right. But if history repeats itself, which happens in rivalry games from time to time, then chances are very high that Saturday will be closer than the talking heads prognosticate.

Over the last ten matchups, only two have been decided by two or more scores – FSU in 2010 (45-17) and in 2013, (41-14). The average margin of victory during that same time span, to the exclusion of those two games, is 4.6 points per contest. While Florida State has won seven of the last ten matchups, it’s unwise to ever count either team out.

This rivalry shows us that either team’s perceived record or talent level prior to this game doesn’t matter all that much. You can read predictions, analyze game film, and wager more money than you probably should on your team of choice. But in a game where the ‘Canes are favored by almost two touchdowns, one thing is for certain – when these two teams take the field, all bets are off. 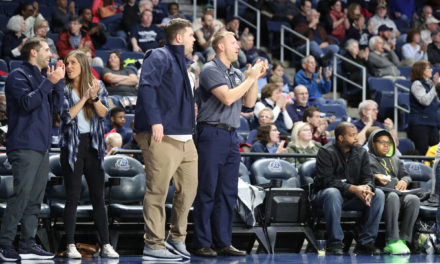 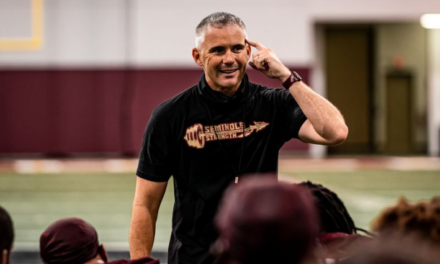 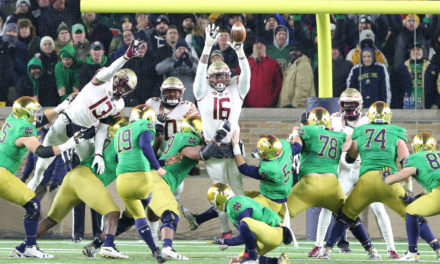