I’ll be the first to admit that I was never a fan of Mark Richt. While he was Offensive Coordinator at Florida State, I thought he ran some of the most bland, vanilla offense I’d seen since following Seminole football. I was mistaken. Jimbo Fisher’s offensive playcalling is atrociously worse. Worse than vanilla, it is flavorless gelatin. Pick out the four most vanilla plays on NCAA 14, especially the Flood Routes, you have Jimbo’s offense.

I applauded when Richt took the helm at Georgia, but warned my UGA alum friends that he’d never win them a national championship. He didn’t, but he very well could at Miami. I never saw him turning around that program in two short years. His team is hungry. They are getting back their long-lost swagger. The Richt-led Hurricanes are playing hard and finding ways to win, unlike the Seminoles. If you haven’t been paying attention, the Hurricanes are undefeated, leading the Coastal Division and most likely to win the ACC Championship. They are poised to make a run at the BCS Championship if the teams ahead of them keep tripping up.

If asked five years ago, I would have answered that within the next ten years Fisher would lead FSU to multiple national championships and Richt would still have none (as a head coach). That’s how much faith I had in Jimbo Fisher and how little I had in Mark Richt.

Richt’s team came to Tallahassee this year and with grit and determination, handed the Seminoles the second of three home losses. While the Hurricanes continued to fight and find ways to win, the hapless Seminoles couldn’t find a way to win on their home field. I’m not sure they could punch their way out of a wet paper bag (not with this offensive line leading the way!).

Am I now to surmise that Mark Richt is a much better head coach than Jimbo Fisher? I really don’t believe that’s the case, not by a long shot. I still believe Fisher is one of the best in his profession. I still feel that the verdict is out on Richt. He just doesn’t show me that “killer instinct” that’s needed to win at the highest level–great coach, nicest guy, but not a perennial championship winner.

Fisher, on the other hand, seems to have all the “its.” He displayed that at LSU before coming to FSU. He led the Noles back to the top of the heap in 2013. That wasn’t a fluke. The guy is a proven winner. But did all the winning and accolades get the best of him? Did it bloat his ego to the point where he no longer felt vulnerable?

That’s what I fear happened. And now here we sit in the basement of the ACC.

Jimbo can do better. I know he can. We just need him to do the right thing, to swallow his pride, hire an offensive coordinator and some new assistants. Just because he’s a proven winner with a track record and a vault-secure contract, doesn’t make him infallible. He’s human and we’re seeing his mortality more clearly than ever this year. But he’s better than Mark Richt. And this team’s better than an ACC basement dweller.

If Richt takes Miami back to the top of the heap, I’ll eat my words. But I need Jimbo to prove that my faith in him is not misplaced. He was only bettered by Richt this year by one play. The team seemed to give up after that play, though. They need their heart back. They need their leader, not just a weekly excuse maker. They need him to challenge them, to a man, the way he challenges heckling fans at Doak. 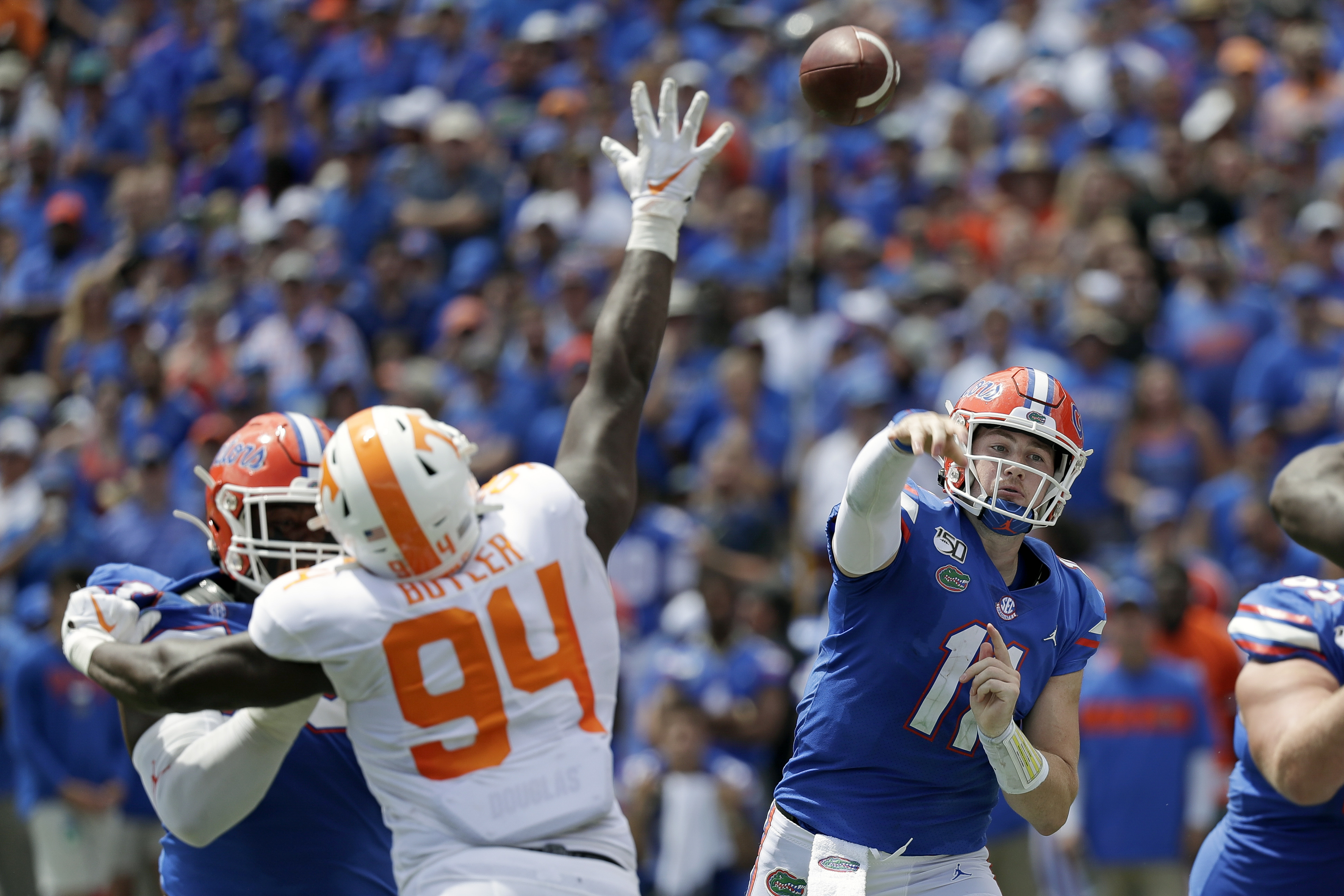 Evaluating the UF Offense After September

The Testing of Kendal Briles