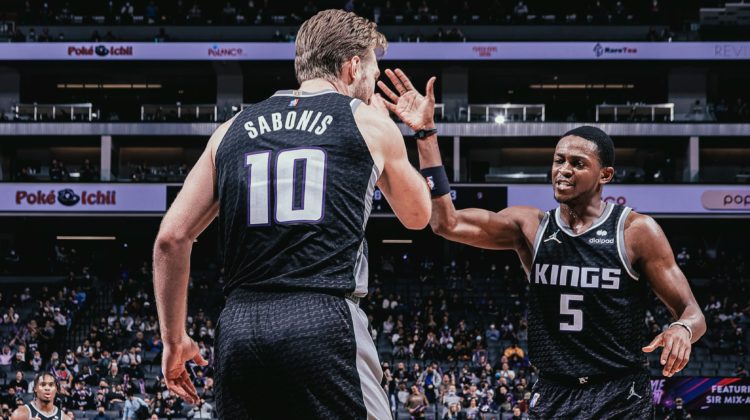 The NBA regular season gets underway later this month. While some teams hope to win basketball’s ultimate prize, some would be happy just making the playoffs.

For a number of franchises, making the postseason seems like ancient history. As the season nears, here’s a look at the league’s five longest playoff droughts:

With a good young core that includes Cade Cunningham and Saddiq Bey, there is hope for a bright future in Detroit. For now, however, the Pistons own one of the longest playoff droughts in the NBA. Since sneaking in as the No. 8 seed in the Eastern Conference during the 2018-19 season, Detroit has just 63 total wins over three seasons. The Pistons haven’t won a playoff game since falling to the Boston Celtics in the 2008 Eastern Conference Finals.

After 22 straight playoff appearances, the San Antonio Spurs have now gone three straight seasons without reaching the postseason. The Spurs have managed to sneak into the play-in round in each of the last two seasons, but were defeated on the road each time. San Antonio has some nice young pieces such as Keldon Johnson and Devin Vassell, but the decision to trade Dejounte Murray this offseason indicates that San Antonio is looking more to the future than the present.

In what was LeBron James’ final season in Cleveland, the Cavaliers reached the NBA Finals for the fourth straight season. Cleveland was swept by the Golden State Warriors in the 2018 NBA Finals and haven’t been back to the postseason since. The Cavaliers, however, may soon be off this list. After three seasons where they combined for just 60 wins, the Cavaliers finished 44-38 last season, but went 0-2 in the play-in round. This offseason, Cleveland added Donovan Mitchell to a talented roster that includes Darius Garland, Caris LeVert, Evan Mobley and Kevin Love. The Cavaliers should not only make the playoffs this season, but they should make some noise when they get there.

The longest playoff drought in the Eastern Conference belongs to the Charlotte Hornets. Despite the lengthy stretch, the Hornets have won at least 33 games in five of the last six seasons. Last season, Charlotte sneaked into the play-in round, but was defeated by the Atlanta Hawks. The Hornets have a nice young duo in Miles Bridges and LaMelo Ball and could make some more noise this season. Charlotte is the only team in the East never to make the NBA Finals.

In each of Rick Adelman’s eight seasons as head coach of the Sacramento Kings, the franchise made the playoffs every year. In the 16 seasons since, they have a grand total of zero playoff appearances. Since a first-round loss to the San Antonio Spurs in the 2006 NBA Playoffs, the Kings have finished better than 11th in the Western Conference just once. That was a ninth-place finish during the 2018-19 season and even then, they finished nine games back of the Los Angeles Clippers for the No. 8 seed. This season, Mike Brown will become the franchise’s 12th different head coach since its last playoff appearance.