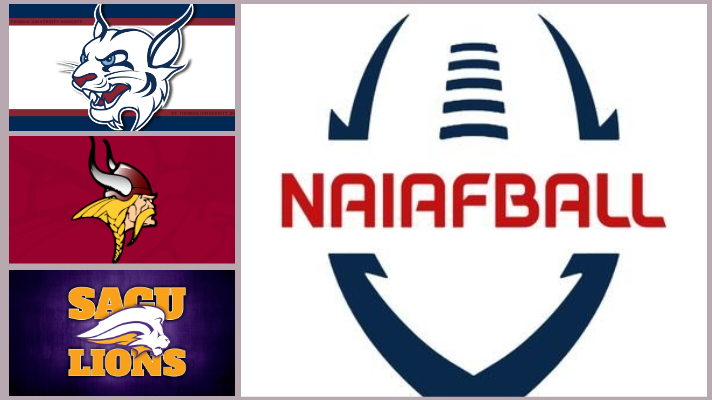 As someone who has played NAIA Football, and has been covering it since 2017, here’s one thing to know: When you see a NAIA team carry huge momentum but not reach a major goal, you can bet that hunger carries into the next season.

From the administration to the coaches, and down to the players, they know what must be done to get to the next level. In this piece, we will focus on three teams poised for a breakout season in 2022.

Each team listed should have a real opportunity to win its division or conference next season.

The men of Waxahachie, Tex. have to be happy with their 2021 season, especially winning their last six games and finishing strong. With the team accomplishments above, in no way can the Lions be satisfied and not hungry for more. One of the cool things about SAGU is that it has one of its own leading the team.

Head coach Ryan Smith is a SAGU graduate and was its starting quarterback in the early- and mid-2000’s. He has assembled a talented roster with many returning to reach new heights for the SAGU program.

One of those players is Keaton Dudik, who rushed for 1,586 yards last season. That ranked in the top three in all of the NAIA. 6-foot-2 gunslinger Jordan Barlow is returning as well.

This team not only has firepower on offense returning, but the same can be said for defense. Top tacklers like Isaac Gowdy and Drake Rodriguez are slated to return. In 2022, SAGU will be a heavily veteran team, and it could be the year of the Lion.

When we started covering NAIA football, the foundation of the St. Thomas football program was being built. University president David Armstrong and head football coach Bill Rychel are no strangers to building football programs from the ground up and being successful. The duo did the same thing at Division II Notre Dame College.

We also knew it was not going to be a problem having a NAIA team in Miami with the vast amount of hidden recruiting gems there. In 2021, the Bobcats won their first eight games before dropping two of the final three.

The Bobcats look to get back into their winning ways as Sun Conference football returns in 2022. St. Thomas is loaded at the skill positions, which is a big reason for optimism.

We’ll leave this short and sweet. We all know that Valley City State will finish near the top of the North Star. The question is whether it can finally dethrone Dickinson State, which has now won the conference in each of the last seven years.

2022 however, looks to be the year that the Vikings claim the North Star for the first time since 2014. A defense returning NAIA All American honorable mention defensive end Riley Gerhardt and first-team all-conference linebacker Jahidi West should be absolutely nasty in 2022.

This defense only gave up 10.7 points per game in 2021, and could be even better. Defense wins championships, especially in the North Star.