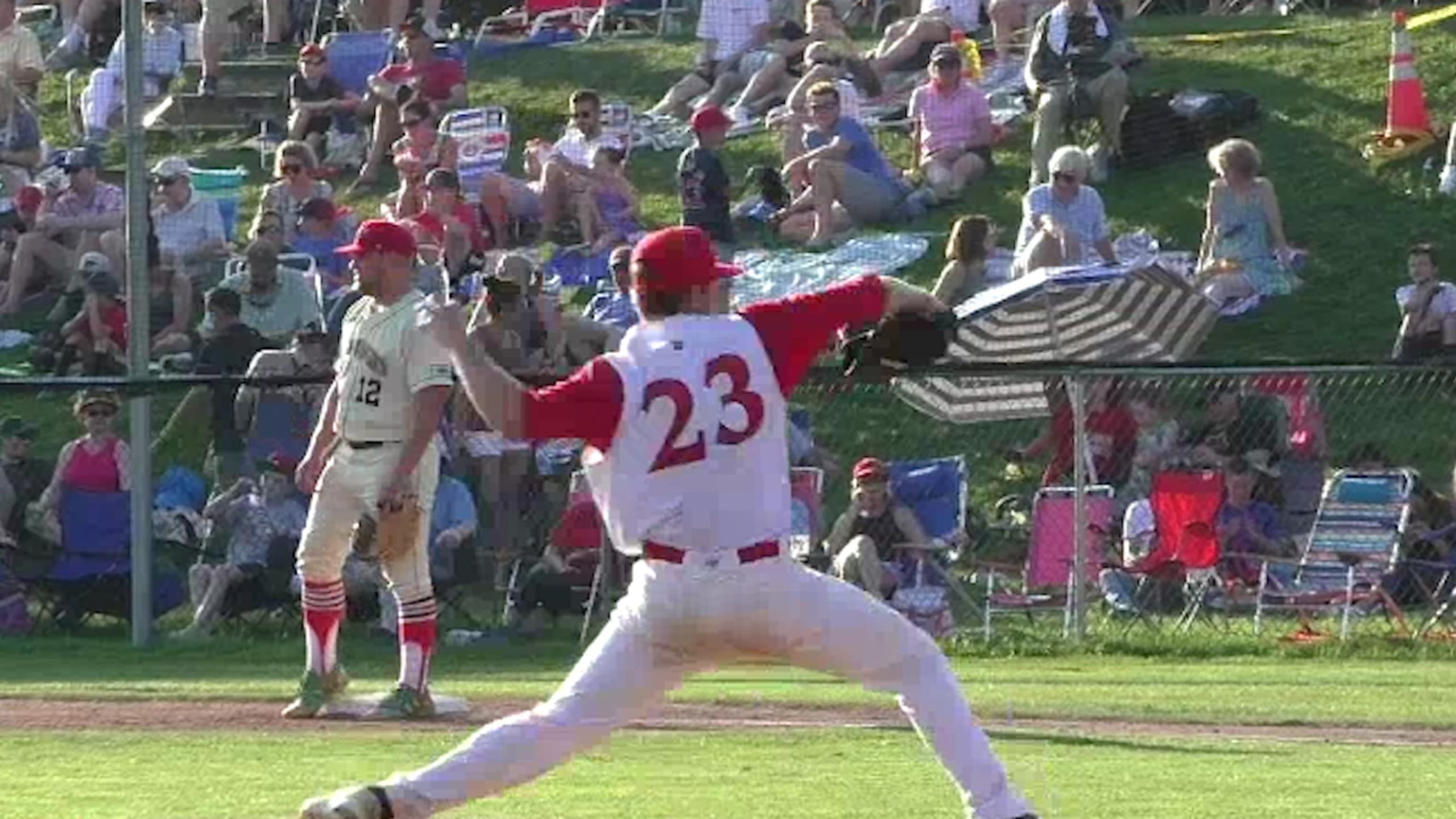 WINSTON-SALEM, NC — The 2020 first-round pick of the Atlanta Braves, Jared Shuster, made his pro debut for the Rome Braves (High-A) on Friday night. He pitched 3.1 innings, striking out four batters and allowing two runs.

Almost 11 months after the Braves drafted him 25th overall, Shuster finally debuted in the minor leagues. He spent 2020 at the Braves’ alternate site, where all their top prospects spent the season due to minor league baseball’s cancellation.

Despite not playing competitive baseball in more than a year, Shuster has received high ratings as a prospect. We ranked him as the 10th-best prospect in the Braves’ system before the season. MLB.com currently has him ranked seventh. He took his talents to Truist Stadium on Friday night to prove the rankings accurate.

Winston-Salem, ironically, has already been Shuster’s home and is a fitting place for his debut. Shuster attended Wake Forest, where he pitched for three years. His junior year was unfortunately cut short due to the COVID-19 pandemic; however, Shuster was presented with the unique opportunity to pitch in Winston-Salem once again.

An hour before the start of the game, Shuster was the only player on the field, performing various stretches and warmups. While Shuster got loose, Truist Stadium began to fill. Thousands of fans entered the park, excited for the first Friday night game of the minor league season.

Shuster, unbothered by the growing buzz around the field, did some long toss with Logan Brown, his catcher. He finished his warm-up routine but continued to toss with his catcher to stay warm. He finally paused his action for the iconic pre-game National Anthem. It was game time.

In the first inning, the Braves’ batters went three-up, three-down. Shuster immediately jogged out to the mound, hopping over the third base line. After throwing a few more warmup pitches, he was ready.

Shuster immediately struck out the Dash’s leadoff hitter Duke Ellis on five pitches. The next batter popped out to the Braves’ centerfielder, Michael Harris II. The third hitter, Lenyn Sosa, got a hold of a fastball and took Shuster deep. Shuster recovered after giving up the homer and got the next hitter to ground out to end the inning. He went back to the dugout down 1-0.

In the second, Shuster did not start off well. He gave up a single to the first hitter — a ground ball down the third base line. Due to the shift, the third baseman was out of position and unable to make the play.

The next Dash hitter hit a loud line drive to the wall, which turned into a double. With two runners in scoring position, Shuster caused the seven-hole hitter to ground out, but it scored a run in the process. Shuster issued a walk to the next batter, but struck out the final batter in the lineup looking.

The lineup flipped over to Ellis, the Winston-Salem center fielder. Shuster got him to roll over on a changeup to end the inning. The deficit was now 2-0.

In the top of the third inning, Rome was able to manufacture a run to make the score 2-1. Shuster still hadn’t had a clean inning, so he went into the third wanting to shut the Dash down. He threw three straight changeups to Bryce Bush, the Dash’s designated hitter, who grounded the third one to the shortstop for an easy out.

Next, Shuster got some revenge against Sosa, who homered his first time up, by striking him out on four pitches. He struck out the next batter looking, allowing the Braves’ bats to get back to work.

In the fourth inning, Harris managed an infield single, beating out a grounder to the shortstop; however, the Braves couldn’t put any more hits together. Shuster went back on the mound, and immediately forced another groundout. Shuster was in a groove, but his manager surprisingly made the fateful trip out to the mound, ending his outing early. Due to it being his first outing of the year, Shuster must have been on a pitch count limit (56).

The Braves were able to string a few hits together in the fifth inning, scoring two runs in the process. This allowed Shuster to earn a no-decision in the contest. The Winston-Salem Dash hit the Braves’ bullpen well, allowing the Dash to earn the 8-3 win over Rome.

Shuster ended the outing with four strikeouts. He gave up three hits and two runs over his 3.1 innings. His changeup was lively, sitting around 78 miles per hour and causing many ugly swings.

The only thing somewhat concerning about his outing was Shuster’s fastball velocity. It sat around 90-92 MPH — well below the 97 MPH that Shuster had previously achieved in college. This velocity drop could easily be due to him working back to a full workload. Expect his velocity to be back up to 95-97 before mid-summer.

There were two major positives in Shuster’s minor league debut (outside of his gorgeous changeup). First, he battled. Some pitchers can fall apart when they give up a home run or give up a few hits. In the first and second innings, Shuster limited damage and didn’t allow things to fall apart.

Second, Shuster showed good control. He only walked one batter, which was situational. Even though it wasn’t an intentional walk, Shuster did not give that hitter anything to hit, so that the double play would be in order. Walks were an issue in college, but the improved control from Shuster is a good sign.

Shuster has a bright future. He has the stuff to be a starter for the Atlanta Braves in a few years.

Shuster, however, has quite the journey ahead of him. Grinding from Single-A to the Major Leagues is a difficult process, but Shuster has what it takes to go from Truist Stadium to Truist Park.