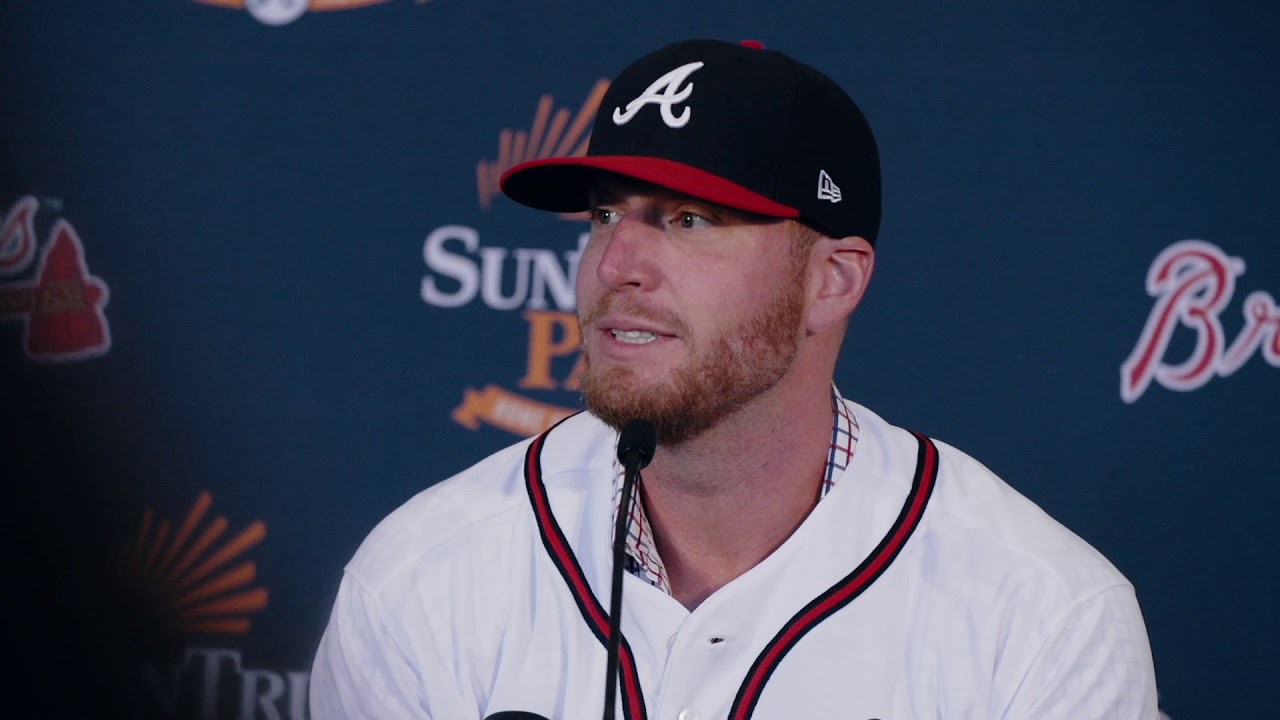 The Atlanta Braves’ bullpen was downright dominant in 2020. They posted the fourth-lowest ERA in the league at 3.50, while recording the second most-innings in the league.

Even though they lost Darren O’Day, Mark Melancon, and Shane Greene to free agency, the Braves’ bullpen will still be a force in 2021. Here’s a look at who to expect to see on the mound in the middle and late innings:

During the playoffs, Smith pitched well until the National League Championship Series. When Will Smith, the Braves’ pitcher, faced Will Smith, the Dodgers’ catcher, it did not go well. The Dodger catcher hit a three-run home run in Game 5 to give Los Angeles a 4-2 lead.

It was a deficit from which the Braves could not come back. Atlanta would go on to blow a 3-1 series lead as the Dodgers won their first World Series in 32 years.

Despite an up-and-down 2020, the Braves still expect Smith to pitch like the dominant closer he was with the San Francisco Giants. Smith will look to prove he was worth the $13 million that the Braves are paying him in 2021.

In 2019, the Braves traded prospect Kolby Allard to the Texas Rangers for Chris Martin. A towering, 6-foot-8 righty, Martin has been amazing for the Braves. In 2020, he completed the season with a 1.00 ERA in 19 appearances.

Martin only gave up eight hits throughout the season. He projects as one of the Braves’ primary setup relief pitchers.

A first-round pick of the Colorado Rockies in 2009, Matzek had a promising rookie year in the major leagues before suffering from the “yips” and basically forgetting how to pitch. After disappearing from professional baseball for a few years, he re-emerged with the Atlanta Braves in 2020 and pitched extremely well.

He posted a 2.79 ERA in 29 innings pitched. Matzek only gave up one run in 8.2 playoff innings. Matzek remains one of the better comeback stories in Major League Baseball and should be a solid reliever for the Braves again this season.

He developed his changeup going during the COVID-19 shutdown. Minter credited teammate Josh Tomlin, a fellow Texan, for helping him with the changeup. Minter looks to have a large role in the Braves’ bullpen in 2021.

Josh Tomlin switched from the bullpen to a starting role when needed in 2020, but hitters notched him up in that role. Manager Brian Snitker announced that Tomlin is going to stay in the bullpen in 2021.

Tomlin has the ability to be a long reliever, come into games early when needed and eat up a few innings. Tomlin, however, is 36 years old. If he struggles, Tomlin may be replaced by a younger arm in the Braves’ system.

Early in his career, Carl Edwards Jr. was a world champion with the Chicago Cubs. His journey as a big-leaguer has taken a turn since then. In 2019, Edwards bounced around to three separate teams, accumulating an 8.47 ERA in 34 innings pitched.

He only pitched 4.2 innings in 2020, but between those innings and his spring training innings so far, Edwards seems to be back on the rise. It seems likely that he will make the roster, but Edwards will have a short leash if he does not perform.

The projected final lefty in the bullpen, Grant Dayton is a solid veteran who is not going to amaze fans. Dayton’s fastball sits at about 91 miles per hour. He almost exclusively throws fastballs and curveballs, with the rare sinker or changeup thrown in.

Dayton maintained a 2.30 ERA with 27.1 innings logged in 2020. The Dodgers hit Dayton hard in the NLCS however, to the tune of eight runs in two innings pitched. At 33 years old, Dayton will look to maintain a spot in the Braves’ bullpen, with several young arms knocking at the door.

Luke Jackson is one of the more divisive players within the Atlanta organization. After a solid 2019, Jackson was hit hard in 2020, ultimately getting left off of the Braves’ postseason roster. Many fans did not want the Braves to re-sign Jackson, but they brought him back on a one-year, $1.9 million non-guaranteed contract.

It is possible that the Braves cut ties with Jackson and get their money back, but that seems unlikely. He has had a pretty good spring training thus far, and the Braves seem to have a long leash when it comes to Jackson.

Out of all Braves players who are no longer prospects, Touki Toussaint is the player who feels the most like he is still a prospect. Toussaint is just 24 years old, and his stuff is unhittable at times. He has an above average four-seam fastball, a split finger fastball with movement, a curveball, a slider, and a sinker.

Toussaint, however, has struggled with consistency, especially as a starter. He has experience out of the bullpen and may thrive in that role, if switched there full-time.

Sean Newcomb was the main return when the Braves traded shortstop Andrelton Simmons to the Los Angeles Angels in 2015. Newcomb hasn’t panned out as a prospect, especially struggling with his control. Newcomb’s career walk rate is extremely high, with exactly half as many bases on balls (173) as innings pitched (346).

He has expressed desire to be a starter, trying to reclaim that role in 2020, but has pitched much better out of the bullpen. The bullpen is a role that Newcomb needs to accept moving forward. There is a chance that Newcomb will be called up and pitch many innings for the Braves’ bullpen. He’s only 27, so he could have a half decade or more of quality baseball in him, if he can reinvent himself as a full-time reliever.

Jacob Webb has been extremely impressive in limited big-league opportunities so far in his career. In 42.1 innings pitched, Webb has only given up five earned runs (1.06 ERA). Webb’s emergence and need for a role is one of the main reasons that the Braves had a bit more freedom regarding the bullpen in free agency.

Similar to Ian Anderson, Webb relies on three key pitches: fastball, changeup, and curveball. Webb may be able to fill the shoes of Mark Melancon or Shane Greene in 2021.

Huascar Ynoa has only pitched 24.2 innings as a big leaguer, but it is easy to tell that he is special. He pitched some big games in 2020 — both as a long reliever and as a starter. Ynoa has a humble attitude and says that he just wants to contribute to the team, no matter the role.

Ynoa may start some games this season, but he is ready to contribute at the big-league level. The 22-year-old righty utilizes four pitches: slider, four-seam fastball, changeup, and sinker. Ynoa has limitless potential and could help the Braves’ bullpen immensely in 2021.

Wilson is listed as a starter in our projection. Wilson will either lands as the fifth starter or as a starter for Triple-A or the alternate training site. He has pitched out of the bullpen before, but he will be a starter this year.

Kyle Wright may win the fifth starter role, but if he loses out, the bullpen is a possibility for him. It is more likely for him to remain a starter in the Braves’ system.

Victor Arano is a veteran reliever, who pitched well in 2019 for the Philadelphia Phillies. He arrived to spring training late due to Visa issues and has already been optioned to Triple-A. If he does well at Triple-A, it is possible he gets back to the bullpen this season.