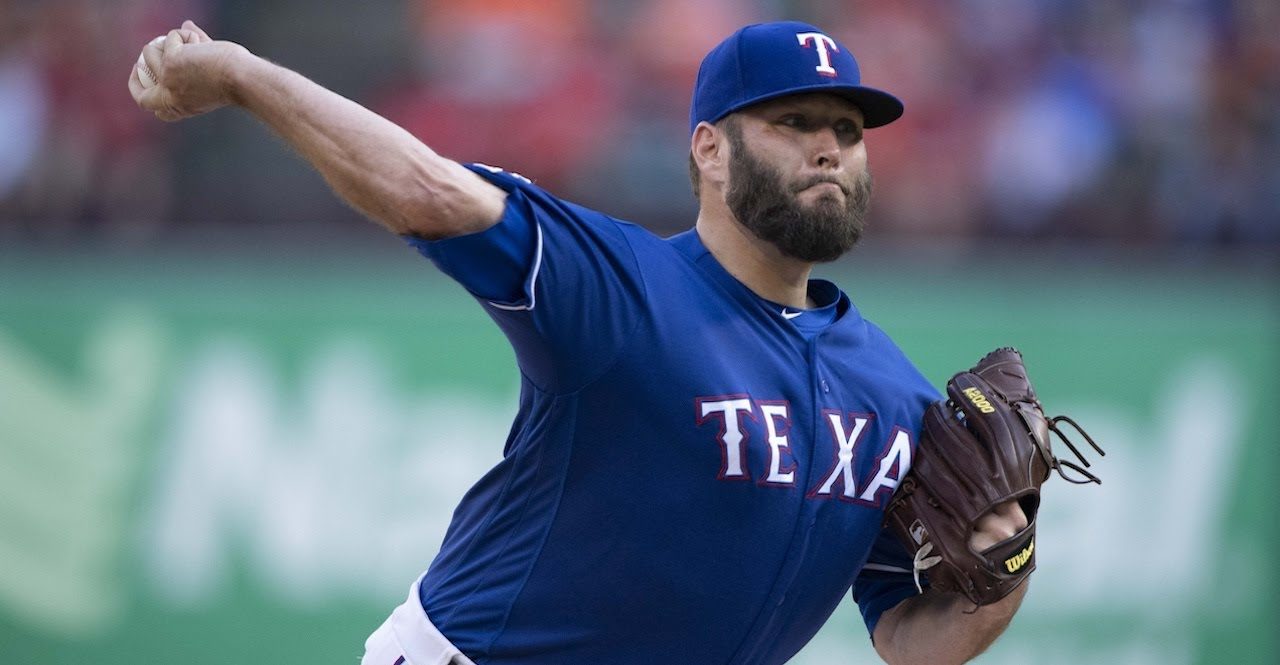 As we inch closer to the 2020 Major League Baseball trade deadline, the New York Yankees find themselves in a similar position to years past.

For what seems like an endless amount of time, the Yankees have been shopping the market for starting pitching around the trade deadline. This year is no different.

With just Gerrit Cole and Masahiro Tanaka feeling like safe bets for a playoff run in October, it is crucial for the Yankees to make a move between now and Monday. As the Aug. 31 deadline looms, we take a look at some of the potential options for the Yankees to trade for in order to make a push for their 28th world championship.

As free agency looms for both Tanaka and James Paxton, the Yankees not only want to add a starter, but want to add someone they have control over for beyond 2020. Lynn gives them just that as he doesn’t enter free agency until after the 2021 season.

Lynn’s been in pinstripes before, but wasn’t nearly the same pitcher he was early on in his St. Louis Cardinal days or the pitcher he has been in his time with Texas. He’s done it in the postseason before with the Cardinals, and he’s pitching at a Cy Young-level right now with the Rangers.

The right-hander has posted a 4-0 record and a 1.59 ERA through his first seven starts. The asking price will likely be high, as it’s fair to say Lynn will be in-demand. But with the way the Yankees’ rotation is looking now, general manager Brian Cashman would be crazy to not pick up the phone for Lynn.

The Cleveland Indians are in the middle of the pennant race. However, the Yankees and Indians match up absolutely perfectly for this trade. A trade for Clevinger likely helps both teams win now and pulls only from both of their strengths.

The right-hander is controllable through 2022, and a trade for Clevinger could likely involve either former Indians’ prospect Clint Frazier or Miguel Andujar, as well as a young pitching prospect. Cleveland is in dire need of a Major League-ready outfielder, and Frazier could be just the guy.

After a bit of a shaky start to his career in 2016, Clevinger has been nothing short of dominating since 2017 for Cleveland. He currently boasts a 1-1 record with a 3.18 ERA after his first four starts. Clevinger did get in some hot water early this year though, as he violated COVID-19 safety protocols, and was sent home for a short period of time.

The Yankees could be reluctant to trade Frazier though, as he has been a huge bright spot in the absence of both Aaron Judge and Giancarlo Stanton. Nevertheless, definitely watch out for Clevinger’s name linked to the Yankees. As trade rumors keep heating up, Cleveland’s most consistent starter will be right in the middle of the fire.

We’ll admit it; it’s unlikely. But why not? Dylan Bundy has been an absolute stud this year, and one of the biggest surprises in baseball. After a back-and-forth career in Baltimore for the Orioles, a change of scenery was all Bundy needed.

The right-hander has pitched to a 3-2 record and 2.58 ERA through six starts. It’s been reported that the asking price for Bundy is astronomically high, considering he’s signed through 2021, and has been one of the few bright spots on the Angels’ starting pitching staff. If you’re the Angels though, you have to cash in on Bundy while you can and add some stock to the farm.

Since Los Angeles is always caught up in that ready-to-compete phase, but can never get there, you would figure they’d consider making this move. However, since they feel they can compete in 2021, they may hold onto Bundy. The Angels hope he can lead their pitching staff to their first postseason berth since 2014.

When the Cincinnati Reds plucked Bauer from the Cleveland Indians prior to last year’s trade deadline, David Bell’s team had in mind competing during the 2020 season. Unfortunately for Cincinnati, even after adding both Nick Castellanos and Mike Moustakas, this season has been remarkably underwhelming.

The Yankees definitely would prefer a controllable starter, and if they don’t get Bauer, there’s very few rentals they could trade for after the Toronto Blue Jays acquired Tajuan Walker from Seattle on Thursday. It is well known that Yankees’ ace Gerrit Cole and Bauer don’t have the best relationship. It’ll be interesting to see if that has any effect on the Yankees hesitance to trade for him.

There’s no denying though that Bauer has been a top-5 pitcher in the game in 2020, pitching at a 3-1 mark with a 1.65 ERA. He would be quite the addition to the Yankees’ rotation, but one of the main hurdles still remains the Reds’ stance at the deadline.

With the MLB expanding the playoffs to 16 teams in 2020, multiple reports suggest the Reds will hold onto their top pieces. At 12-17, they’re still trying to compete and make a playoff push in a pandemic-shortened season. Barring an absolute disaster last weekend though, many throughout the league think Bauer will stay put in Cincinnati.

This one is interesting. With the absence of Tommy Kahnle, who will miss the rest of the season with Tommy John Surgery, and now Zack Britton battling a hamstring issue, the Yankees very well could add a bullpen arm as well.

Gausman and Watkins are both rental pieces, and could fit the Yankees’ roster extremely well. Gausman, who has done it before in the American League East with the Baltimore Orioles, currently holds a 1-2 record with a 4.54 ERA in seven games — six starts. The 8-year big leaguer not being the biggest name will scare some off. Potentially throwing him into the thick of a race though, could help him return to his 2016 form.

Watson, who has been around since 2011, has been absolutely dominant out of the San Francisco Giants’ bullpen this season. Through his first 11 appearances, Watson holds a 0.93 ERA and currently has a career ERA of 2.78. This is something the Yankees need. The lefty could potentially fill into Britton’s role until he returns and would be a major help to a currently depleted bullpen.