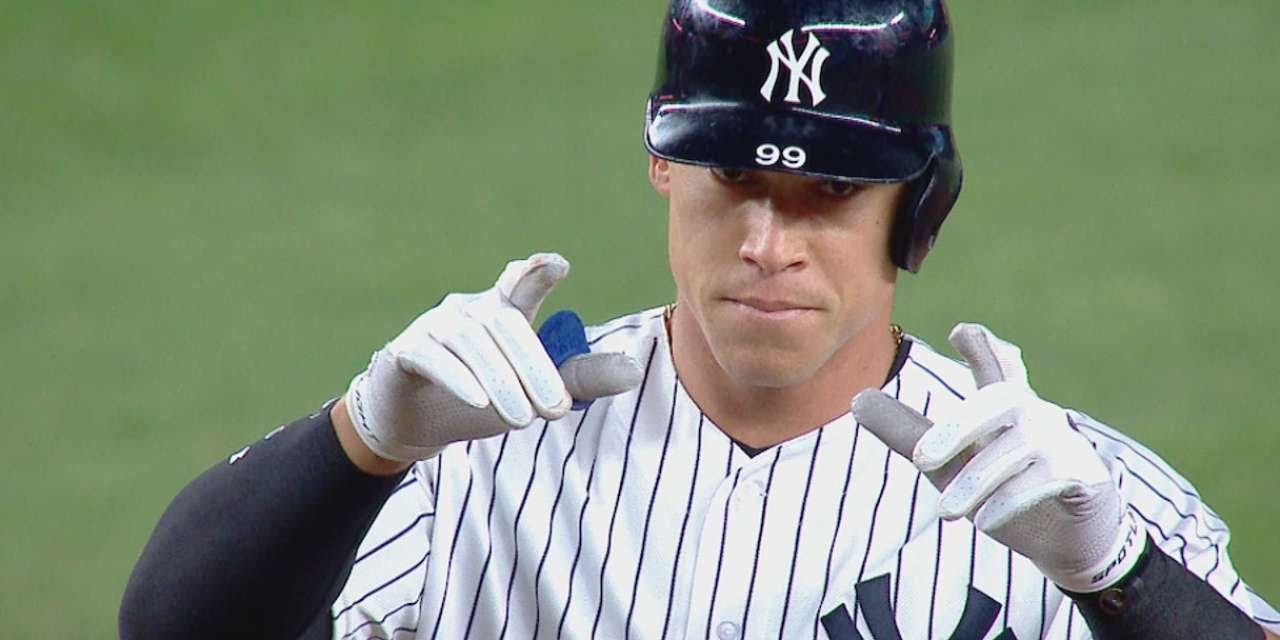 We are now officially 12 games into the 2020 Major League Baseball season and the New York Yankees currently have the best record in the American League East at a whopping 9-3.

It’s hard to believe only 12 games in, baseball is already a fifth of the way through the 2020 season. With the weirdness of this calendar year for the MLB, we thought it may be appropriate to go ahead and give out some Yankee team awards for the first 12 games of of the 2020 season.

All rise! That’s something Yankee opponents have heard too much of recently. Since the young 2020 season got started, Aaron Judge has already held a streak of five straight games recording a home run. He’s the first since Alex Rodriguez to do so. Judge went deep six times in that span, with two of them being game-winners.

It’s pretty clear big No. 99 has been carrying the Yankees on the offensive side early on. He currently leads the team in both home runs and RBIs. With the numbers Judge has heading into the Yankees’ road series in Tampa, he has put himself into a prime situation to have a monster 2020 season and potentially lead the Yankees to their first pennant since 2009.

Is there even a doubt? The newest Yankee superstar inked a record contract for a pitcher this past off season at nine years for $324 million. Three starts in, the former Pittsburgh Pirate and Houston Astro has not disappointed. Cole made a fantastic first impression when he tossed a complete game 1-hitter, in the Yankees’ rain-shortened win over the Washington Nationals on opening night.

Cole enters his Saturday start against the Tampa Bay Rays with a 3-0 record and 2.55 ERA. The most exciting part is for Yankee fans, is the 29-year-old right-hander still hasn’t shown his best stuff. Cole only had one swing and miss on the fastball in the Yankees’ recent home win over the Philadelphia Philles. Cole has still not lost a game since last May, and the “Yankee Fan Today, Tomorrow, Forever” doesn’t seem like he’s slowing down any time soon.

Rookie of the Year

This one is a little tough, but we had to go with the one Yankee that has looked the best as an amateur. To be fair, Nick Nelson has only pitched in one solid game for New York, but he sure was impressive. Nelson opened eyes in the Yankees’ 5-2 win over the Boston Red Sox on Aug. 1. The right-hander picked up the win, and went three scoreless innings in his big-league debut at Yankee Stadium. Nelson did just have a rough outing in the Yankees’ 11-7 loss Wednesday in Philadelphia, but if the 24-year-old’s stuff is on, the Yankees should be pretty happy with where he projects.

Potentially the best trade that Yankees’ general manager Brian Cashman has ever made in his tenure, New York snagged Gio Urshela for cash from the Toronto Blue Jays in August 2018. The Colombian-born player has taken full advantage of the opportunity. The 28-year-old was always known for his defensive ability throughout his career. Even now with adding an offense to his game, his lock down defense still excels.

When the Yankees signed LeMahieu to a 2-year, $24 million dollar deal in January 2019, many were shocked, disappointed, and confused. The signing meant the Yankees weren’t going to sign sought-after free agent Manny Machado. “The Machine”, has certainly done his best to silence those critics, and he has quickly turned into the best hitter on the Yankees’ roster — even in the shadow of Judge and Giancarlo Stanton.

After testing positive for COVID-19 in early July, LeMahieu came back hoping to replicate the numbers he put up last year (.327 AVG, 26 HR, 102 RBI). One-fifth of the year in, he certainly has done just that. LeMahieu has been clutch for the Yankees, picking up hit after hit when needed. He also holds the highest batting average on the team right now at a solid .429 entering Friday’s series opener against the Tampa Bay Rays.

What makes the former Colorado Rockie even more special, is that he drives the ball to all ends of the field. LeMahieu hits line drives consistently to both left and right field, and can also hit the ball out of the ballpark. This makes the free-agent-to-be even harder to pitch to as pitchers know the 32-year-old can do damage to all parts of the field.

He also gives immense protection for Judge behind him, forcing more pitchers to pitch to Judge, allowing him to put up higher numbers, and driving in more runs. Don’t be surprised if the Yankees try to lock up LeMahieu to a massive contract this offseason. With the numbers he has put up, fans will certainly want him sticking around a long time in the Bronx.

Comeback Player of the Year

Giancarlo Stanton is on a mission. After only appearing in 18 games in an injury-riddled 2019 season, the Yankee star is trying to prove he is able to stay on the field. Stanton started the season off with a bang after getting to Max Scherzer on opening night and hitting a 2-run home run in his first at-bat of the 2020 season. Not only did Stanton hit two dingers for the Bronx Bombers in the first two games, he’s been getting more timely hits and driving in more runners in scoring position for New York throughout the season.

Stanton also lost 20 pounds during quarantine and looks overall more confident and athletic at the plate. He has cooled down a tad, but with how key Stanton is to the Yankee lineup, if he can keep producing like he is in the clean-up spot for New York, the Yankees will feel much better about their chances to win championship No. 28.