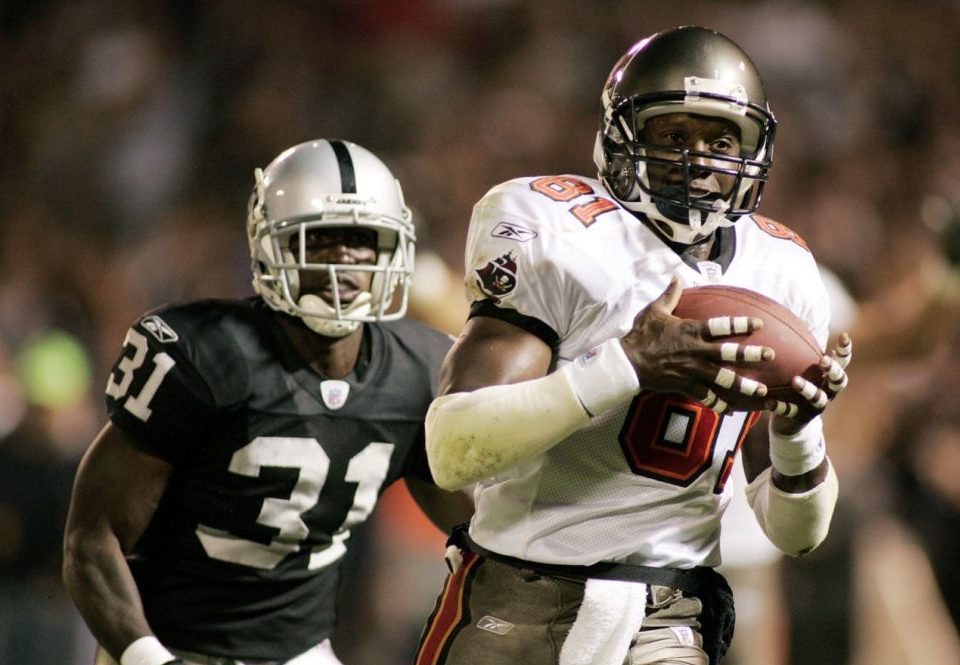 The state of Florida is a popular retirement location for people across the country, including those in professional sports. Across the sports spectrum, greats such as Derrick Brooks, Dan Marino, Tony Boselli, Dwyane Wade and others spent the best years of their careers, if not all, playing in Florida.

They won’t be included in this piece. Instead, this piece looks at professional sports Hall of Famers who spent the twilight of their careers in Florida. Many of these you had probably forgotten about.

Without further ado, here’s 12 Hall of Fame athletes who quietly finished their careers in Florida:

A 5-time batting champion, Wade Boggs made 12 straight All-Star games from 1985 to 1996. Boggs’ best years came with the Boston Red Sox, but he was a world champion with the New York Yankees in 1996. Many may forget that his final two years were a homecoming with the expansion Tampa Bay Devil Rays. Boggs hit .289 in two seasons with Tampa Bay. He recorded his 3,000th hit as a member of the Devil Rays with a home run off Chris Haney in 1999.

After 16 years with the Los Angeles/Oakland Raiders, legendary wide receiver Tim Brown spent his final season with the Tampa Bay Buccaneers. The campaign would be the worst for Brown since an injury-plagued 1989 limited him to one game. In 15 games with Tampa Bay, Brown caught just 24 passes for 200 yards and one touchdown. 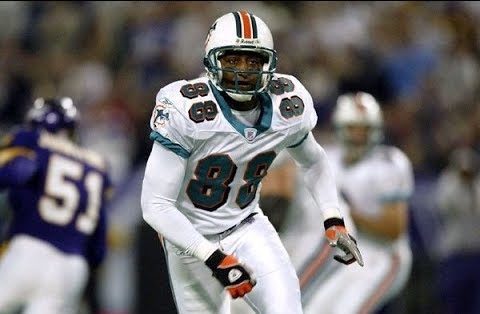 Cris Carter played in five games with the Miami Dolphins in 2002. (Photo via YouTube)

From 1993 to 2000, Cris Carter made eight straight Pro Bowls as a member of the Minnesota Vikings. Carter had a solid campaign with Minnesota in 2001 before being signed mid-season by the Miami Dolphins in 2002. In five games with the Dolphins, Carter was a shell of his former self. He caught eight passes for 66 yards and a touchdown.

Winger Dino Ciccarelli spent 19 seasons in the NHL, but was an afterthought in his final three seasons in Florida. After playing in just 34 games with the Tampa Bay Lightning during the 1997-98 season, Ciccarelli was traded to the Florida Panthers. Ciccarelli appeared in just 42 total games for the Panthers and recorded just 23 total points.

Best known for his time with the Montreal Expos and Chicago Cubs, Andre Dawson followed a 2-year stint in Boston with two seasons with the young Florida Marlins. Dawson played in 121 games with the Marlins and hit just 10 home runs. One of those however, was his 400th National League homer.

After 15 seasons and 11 All-Star appearances with the New York Knicks, Patrick Ewing had a new home for each of his final two seasons. Following a season with the Seattle Supersonics, Ewing spent his final season with the Orlando Magic. During the 2001-02 campaign, Ewing averaged career-lows of six points and 3.1 rebounds per contest in 65 games.

Center Joe Nieuwendyk was a model of consistency in two decades in the NHL. His career ended with two seasons with the Florida Panthers. Nieuwendyk actually put together a solid 2005-06 campaign with 56 points. He appeared in just 14 games in his final season before a back injury forced him to retire.

After more than 12 seasons and nine All-Star selections with the Seattle Supersonics and a very short stint with the Milwaukee Bucks, guard Gary Payton joined Karl Malone, Kobe Bryant and Shaquille O’Neal to form a super team with the Los Angeles Lakers for the 2003-04 season. Unfortunately for Payton, the Lakers would lose to the Detroit Pistons in five games in the NBA Finals, but Payton would eventually get his ring. In two seasons with the Miami Heat, Payton made just 53 starts and averaged less than seven points, but was a member of the Heat’s 2005-06 title team that rallied from a 2-0 series deficit to beat the Dallas Mavericks in the NBA Finals.

Outfielder Tim Raines spent 23 seasons in Major League Baseball. Raines was a 7-time All-Star, 4-time stolen base king and 1986 National League batting champion with the Montreal Expos. After productive seasons with the Chicago White Sox, Raines was a journeyman with the New York Yankees, Oakland Athletics, Baltimore Orioles, Expos and finally, Florida Marlins. In one season with the Marlins, Raines played in 98 games and hit a career-low .191.

In 12 years with the Buffalo Bills, running back Thurman Thomas made five Pro Bowls and had eight straight 1,000-yard seasons. After serving in a diminished role with the Bills, Thomas spent his final season with the division rival Miami Dolphins. Thomas appeared in just nine games for Miami and scored just one touchdown before a season-ending injury.

The “Human Highlight Reel”, Dominique Wilkins played in nine straight All-Star games for the Atlanta Hawks before playing for six different teams in his final six seasons in professional basketball. Wilkins sandwiched stints with the Los Angeles Clippers, Boston Celtics and Sacramento Kings around seasons in Greece and Italy before concluding his NBA career with the Orlando Magic. During the lockout-shortened campaign of 1998-99, Wilkins appeared in 27 games for Orlando and averaged just five points.