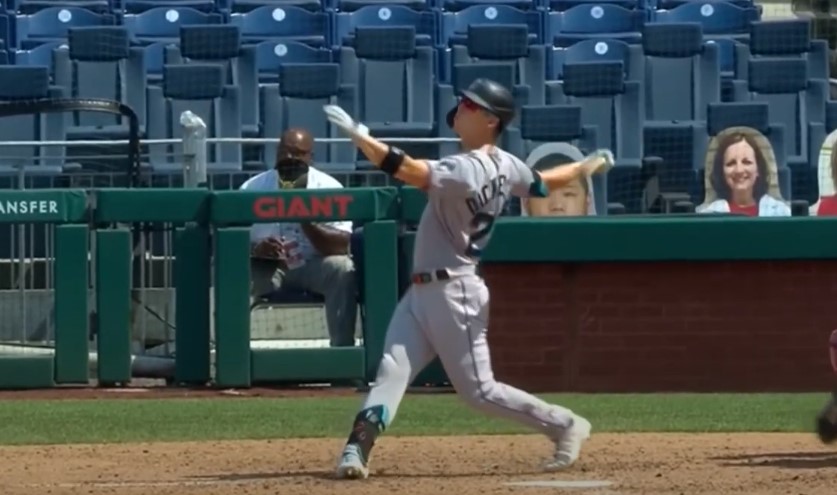 With 57 games remaining in the 2020 season, the Miami Marlins are in first place.

Miami kicked off the season with its first Opening Day victory in six years, topping the Philadelphia Phillies. After a tough loss on Saturday, the Marlins left the yard four times in the rubber game on Sunday to take the series.

Miami Marlins 5, Philadelphia Phillies 2
Friday, July 24
The Miami Marlins used a 4-run sixth inning to break a 1-1 tie and win their first opener since 2014. Jesus Aguilar got the inning started with a 2-run home run. Miami starting pitcher Sandy Alcantara was outstanding, allowing just an earned run on three hits in 6.2 innings of work. Alcantara struck out seven and walked two in the victory. Didi Gregorius homered and scored both runs for Philadelphia.

Miami Marlins 1, Philadelphia Phillies 7
Saturday, July 25
The Philadelphia Phillies hit four home runs including three over their final three at-bats to pull away from Miami in the middle game of a 3-game set. Phil Gosselin hit a 2-run homer to break a 1-1 tie in the bottom of the sixth before adding a solo shot in the eighth. J.T. Realmuto added a 3-run homer in the seventh. Didi Gregorius got the scoring started with a solo blast in the second. Zack Wheeler allowed just a run on five hits to earn the win for the Phillies. Miguel Rojas had two of the six Miami hits and plated the Marlins’ only run.

Miami Marlins 11, Philadelphia Phillies 6
Sunday, July 26
The Marlins clinched their first series of the year, thanks in large part to four home runs and some timely outs induced by the Miami bullpen. The Marlins overcame an early 4-run deficit with a solo home run by Aguilar and a 3-run shot by Rojas in the top of the second. Miami went ahead for good with two runs in the fourth. Brian Anderson and Corey Dickerson also homered in the victory. Rojas was 3-for-4 with four RBIs and finished a double shy of the cycle. Adam Haseley had four hits for Philadelphia. Bryce Harper got the scoring started with a 3-run home run for the Phillies. Philadelphia left 14 men on base.

2-1, first place in National League East. Through three games, Miami sits in a first-place tie atop the NL East standings with the Atlanta Braves. Miami and Atlanta hold a 1-game lead over Philadelphia, the New York Mets and Washington Nationals. Through one weekend, there are no undefeated teams remaining in baseball.

Sandy Alcantara, P
The Marlins’ Opening Day starter lived up to last season’s All-Star designation. In a win over the Phillies, Alcantara allowed just an earned run on three hits in 6.2 innings. Alcantara struck out seven and walked two.

Miguel Rojas, IF
The season couldn’t have started off much better for team captain Miguel Rojas. On opening weekend in Philadelphia, Rojas was 7-for-10 with a homer, a double, a triple, four runs scored and five RBIs. Rojas leads the Marlins in virtually every offensive category.

Jonathan Villar, IF/OF
In his first weekend as a member of the Marlins, Jonathan Villar managed just one hit in 12 at-bats. Villar also muffed a routine fly ball in center field that allowed Philadelphia to score an unearned run in the season opener.

Robert Dugger, P
After Jose Urena was a late scratch to start on Sunday, Robert Dugger struggled in his first action of the season. Dugger allowed five runs, four earned, on six hits in just 3.1 innings in Sunday’s rubber game against Philadelphia. Four of the hits surrendered went for extra bases.

According to reports, four Marlins including three everyday players, have tested positive for COVID-19.

Jorge Alfaro was sent to the injured list prior to the season opener against Philadelphia. 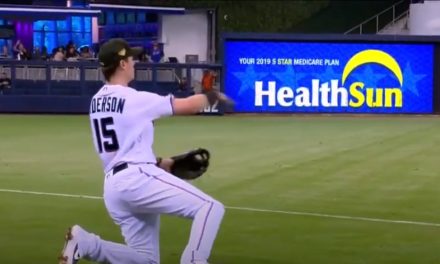 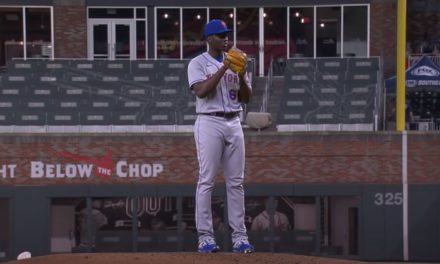 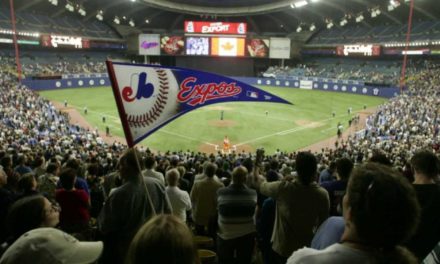 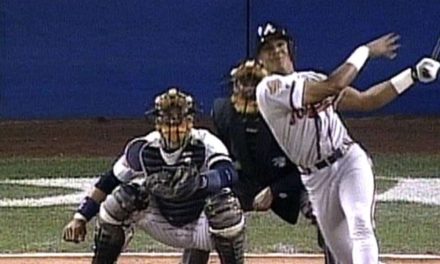