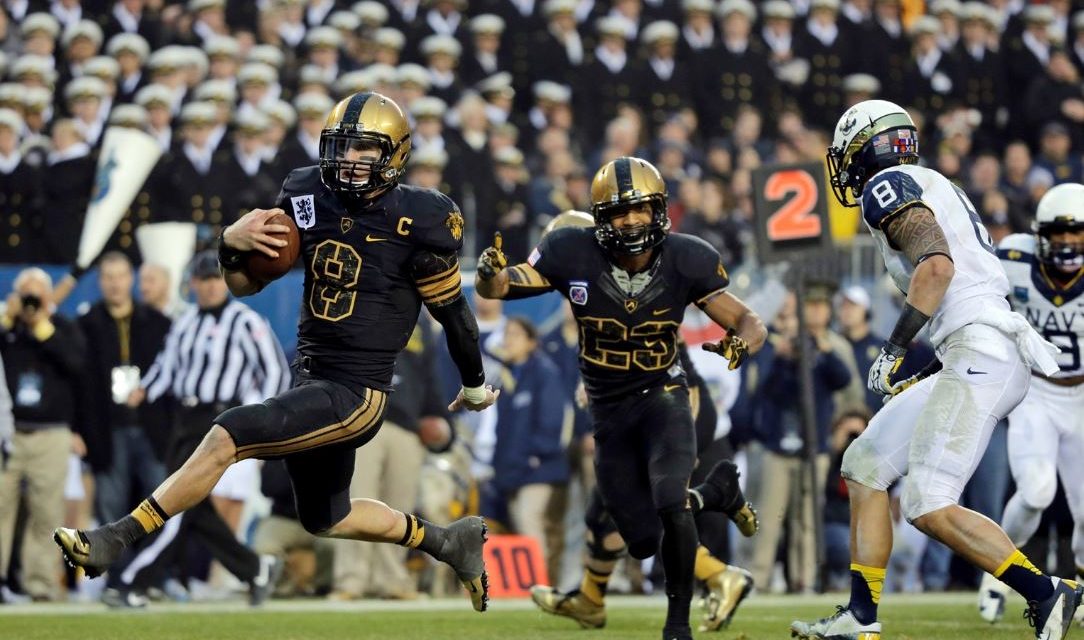 Dec. 8, 2012 was a cool 50-degree evening. A slight breeze rolled over the city of Philadelphia. The sun was setting on the city and Lincoln Financial Field was being marched on. The fight was about to begin – the 113th Army-Navy game.

This game will forever be ingrained into the minds of Army football fans across the country. Army had sung second for 10 straight years – the longest streak in the series to date. It was becoming something of pent up anger and disappointment for the Cadets – like letting your little brother win a few times, then realizing he’s gotten better than you. But this was bigger.

Army was 2-9. Their lone wins came against Boston College and Air Force. But that meant that Army still had a chance to take home the Commander-in-Chief’s Trophy for the first time since 1996. Not only were the Black Knights losing their games, they weren’t even close. They gave up a combined 407 points leading up to this game, and were coming off a blowout loss to Temple, 63-32.

Navy, on the other hand, was bowl-eligible at 7-4 – having valiant losses to Notre Dame, Penn State, San Jose State and Troy. Keenan Reynolds led the charge for the Midshipmen. He was an NFL-caliber prospect, and by far the most infuriating player for Army fans.

All the numbers pointed to this game not even being close. The Cadets’ defense was Swiss cheese, and the Midshipmen offense was a Swiss army knife. But this is no regular game. Numbers, stats, projections – everything gets thrown out the window when Army and Navy meet.

The first quarter was a stalemate – like two boxers feeling each other out. Navy should have known that these Cadets wouldn’t just lay down and give up. They were fighting for more than just a 3-9 season – they were fighting to end a decades-long disappointment and heartbreak in three hours.

With 9:27 left in the second quarter, Navy got on the scoreboard. Noah Copeland ran the ball 12 yards for the first touchdown of the game. The scoring continued just three minutes later when Army quarterback Trent Steelman hurried into the end zone from 11 yards out. The two sides exchanged field goals in the final 30 seconds of the half to make it 10-10.

The third quarter opened up with a Navy drive that ended with a fumble. The contest then went back and forth with punters dueling it out, until Army landed inside field goal range with 3:36 left in the quarter. Kicker Eric Osteen put the Black Knights up by three with one quarter remaining.

The feeling at this moment was surreal; there was a loud cheer followed by quiet murmurs throughout the entire stadium. It’s that queasy feeling in the pit of your stomach when something is too good to be true.

The Feeling of Nothing

The fourth quarter clock was passing in slow motion; it felt like it would never run out. Navy punted on its first drive and Army took over on its own 14-yard-line, rushing right through the Midshipmen. At that point, it was just hard-nosed football being played. After 11 plays and five minutes off the clock, Osteen lined up for a 37-yard field goal with a swift breeze blowing through him. He had missed the chance to put Army up by six. The next Navy drive they would take it all the way down the field. Keenan Reynolds would put the Midshipmen up 17-13 with an eight-yard rushing touchdown. 4:30 remained.

Steelman would lead the Army offense down the field assisted by Raymond Maples, Larry Dixon, and Malcolm Brown. The Black Knights chewed up clock, as they marched closer to what seemed like destiny. A grueling drive landed them at the Navy 14. The Black Knights would line up with only Dixon in the backfield.

Everyone could feel it. “It” was finally happening; the streak would be over! Steelman took the snap, rotated two steps to his right where Dixon was barreling down looking to take out any white jersey that stood in the way. But he couldn’t; Dixon forgot one thing — the most important thing in all of football.

Somewhere on the exchange, it slipped out; the ball hit the ground and a pile formed immediately. It happened so fast, and Army fans could only watch and feel helpless. The Midshipmen had recovered. The seniors that had given it their all for four years would leave 0-4 against Navy and sing second yet again.

The pain, distraught and agony that team felt will forever be immeasurable. Tears streamed from many faces of fans, and players current and former as they began to sing — second. This rivalry is unlike anything you will ever see; some teams hate their rivals year round. Yet, Army and Navy are colleagues for 364 days a year and enemies for one, and that one day means so much to so many that you can’t help but tune in.

On Brave old Army team,
On to the fray;
Fight on to victory,
For that’s the fearless Army way. 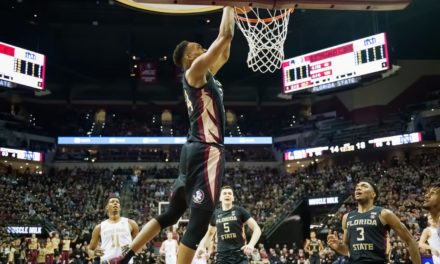 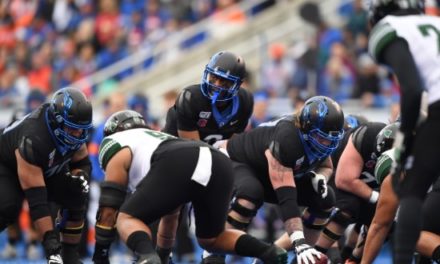 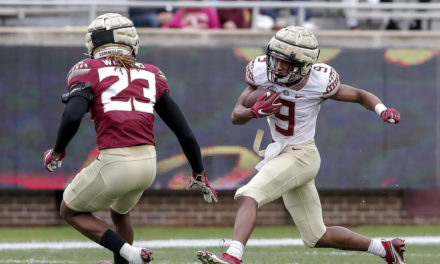 Florida State Ahead of the Game with Apex and NIL 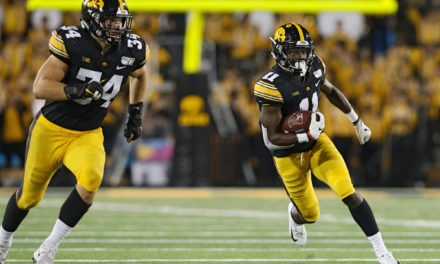