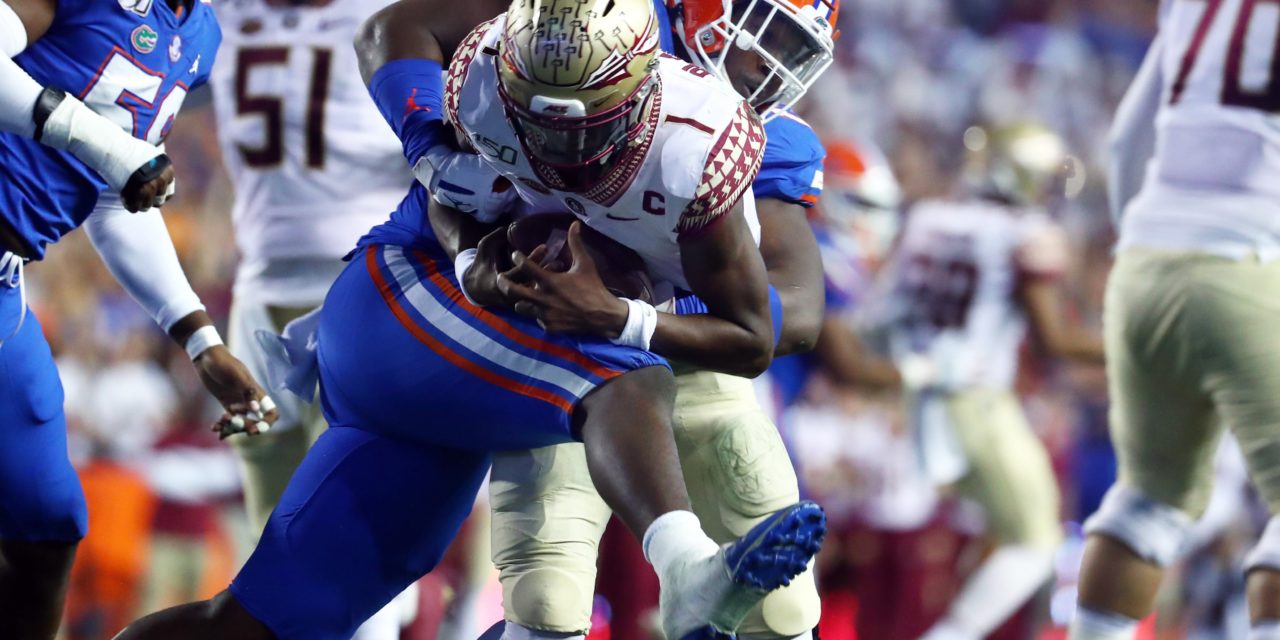 As most expected, Florida State proved to be little match for arch-rival Florida Saturday night. FSU missed an opportunity to win a fifth straight over the Gators at Ben Hill Griffin Stadium and fell to 6-6 on the season with a 40-17 loss.

Like most of 2019, Saturday’s contest offered little encouragement. Still, it is the duty of the Fifth Quarter moderators to recognize the Seminoles who stood above the rest. Handing out game balls this week is Mike Ferguson, Cory Thorpe, Garlic Wing Sauce, Rednollah, John Cooper and Salty Chris Fowler.

Rednollah, John, Salty Chris Fowler: Cam Akers, RB
While junior running back Cam Akers was bottled up for a good part of the night, he still eclipsed the 100-yard rushing mark against the staunch Florida defense. Akers finished with 102 yards rushing on 17 carries and a 50-yard touchdown on the Seminoles’ longest play of the night. Akers also caught two passes for two yards. This season, Akers rushed for 1,144 yards and scored 18 total touchdowns. That ranks fourth all-time at FSU for a single season behind only Greg Allen’s 1982 campaign and Dalvin Cook’s 2015 and 2016 seasons. Akers is tied for the ACC lead in total touchdowns with Clemson’s Travis Etienne.

Cory, Garlic Wing Sauce, Salty Chris Fowler: Hamsah Nasirildeen, S
His night was cut short by a likely season-ending injury, but in the short time that Hamsah Nasirildeen was in the contest, he was all over the field. Nasirildeen finished with five tackles before exiting in the second quarter with what appeared to be a significant leg injury. Perhaps the most telling part was that, in his absence, the defense had no answer for the Gators. The five stops did put Nasirildeen at 101 total stops for the year, making him the first Florida State player since Reggie Northrup in 2014 to hit triple-digits.

John: Emmett Rice, LB
Despite playing out of position as the single high safety for Florida State most of the night, redshirt junior linebacker Emmett Rice was one of the few bright spots for the Seminoles on defense. Rice tied teammate Leonard Warner and Florida’s Ventrell Miller for the game-high in total tackles with eight.

Mike, Cory, Garlic Wing Sauce, John and Salty Chris Fowler: Tommy Martin, P
Walk-on punter Tommy Martin put his recent struggles behind him to have a nice night on Saturday against rival Florida. Martin averaged nearly 44 yards per punt with a long of 53 yards. Three of Martin’s six punts were downed inside the Florida 20-yard-line.

Rednollah: Parker Grothaus, K
Kickoff specialist Parker Grothaus kicked off four times on Saturday night with three going for touchbacks. On his other kickoff, Grothaus made a touchdown-saving tackle on Florida’s Tyrie Cleveland just shy of the Gators’ 45-yard-line. It was Grothaus’ second tackle of the season. 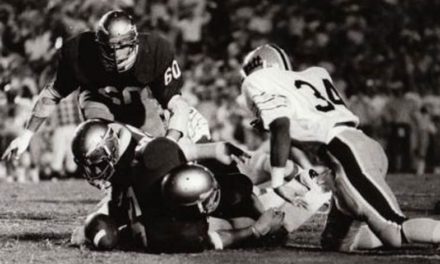 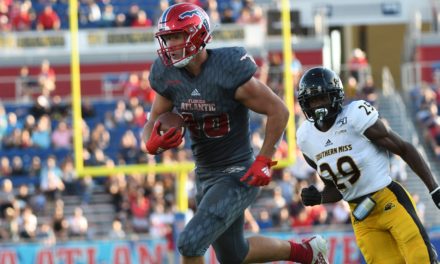 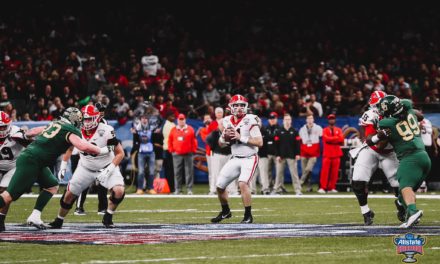