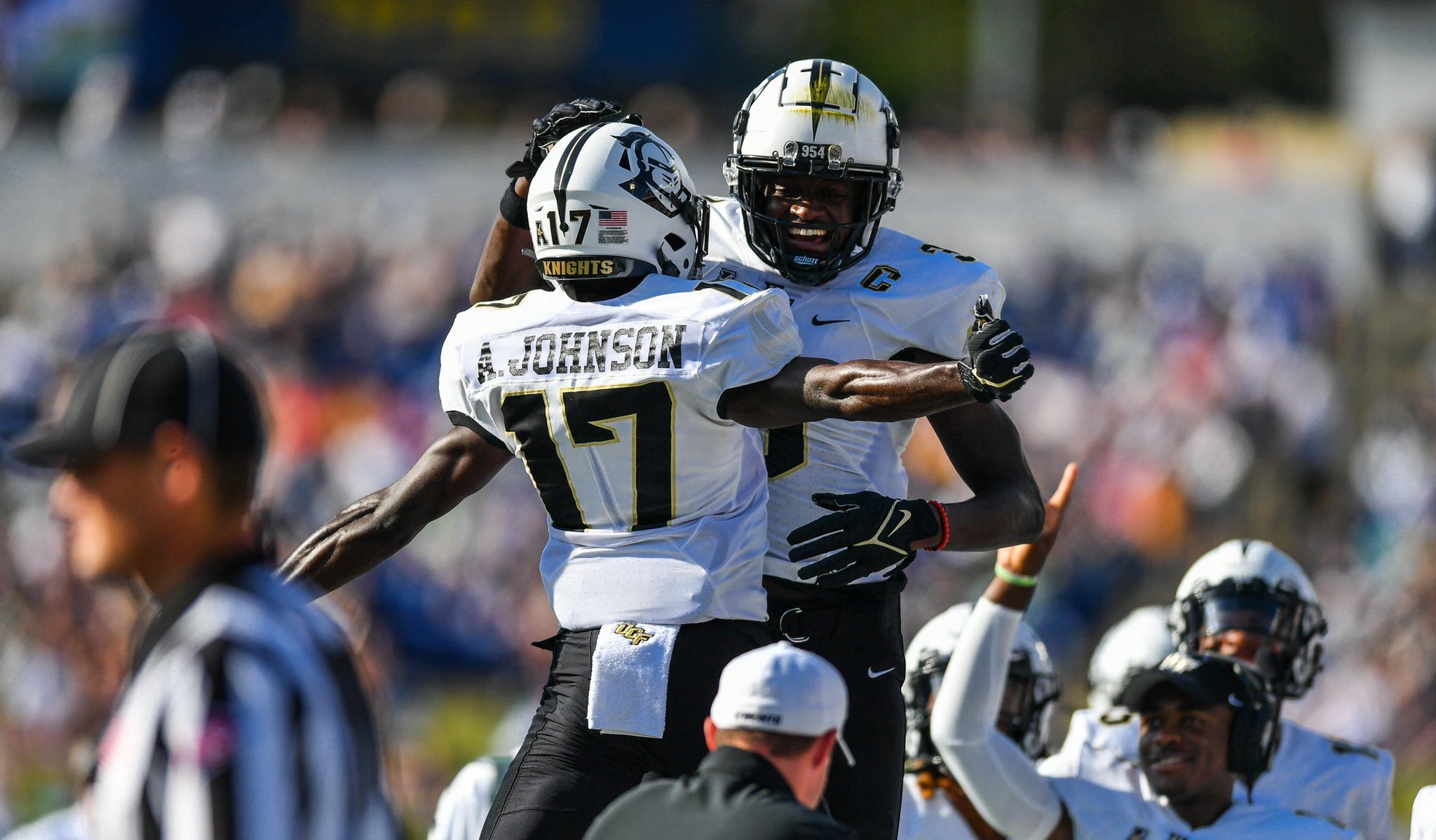 American Athletic Conference powers will meet on Saturday in Cincinnati in a contest with huge conference title implications.

The winner of the annual contest between UCF and Cincinnati has gone on to play for the AAC Championship in each of the last four seasons. The third-ranked Bearcats will come in as nearly 3-touchdown favorites.

Cincinnati may stand the best chance that any Group of 5 school has had to reach the College Football Playoff. UCF bounced back from consecutive losses last week with a thrilling 20-16 win over East Carolina. The Knights will come in with a record of 3-2.

UCF has been without perhaps its three best offensive players in recent weeks. Quarterback Dillon Gabriel is out for the season with a neck injury, but running back Isaiah Bowser and wide receiver Jaylon Robinson have also missed the last two games.

With Gabriel out, the UCF offense has really struggled. Quarterback Mikey Keene has a lot of potential, but has yet to throw for 200 yards in either of his first two starts. The good news is that UCF does have depth at the skill positions. Running back Johnny Richardson and wide receivers Brandon Johnson and Ryan O’Keefe are all very good.

The Cincinnati defense yields the fewest points in the AAC and second-fewest in the country. Linebacker Darrian Beavers has lived in opposing backfields this season while Ahmad Gardner headlines a deep secondary. Gardner, Arquon Bush and leading tackler Deshawn Pace all have two interceptions on the season.

Quarterback Desmond Ridder is the heart and soul of the Cincinnati offense. Last season, Ridder accounted for 395 yards and four total touchdowns in a 36-33 win at UCF. Running back Jerome Ford and wide receiver Alec Pierce give the Bearcats a stellar 3-headed monster on offense.

In losses this season, opponents have averaged 38 points against UCF. In wins, that number decreases to 20.3.

The Knights haven’t spent a lot of time in the opposing backfield this year, but the linebackers are very good. Bryson Armstrong, Tatum Bethune, Jeremiah Jean-Baptiste and Eriq Gilyard can all play. Quadric Bullard has been perhaps the best player in the secondary with 35 tackles and two fumble recoveries this season.

Cincinnati has won the last two meetings between the teams with each coming by just three points. That included a 27-24 win in the last meeting at Nippert Stadium, which snapped UCF’s 19-game AAC winning streak. Saturday’s contest begins at 12 p.m. ET and airs on ABC.

Tulsa (2-4) at South Florida (1-4)
Saturday, Oct. 16 at 12 p.m. ET (ESPNU)
Tulsa has taken a pretty significant step back since last season. The Golden Hurricane will be the first FBS team that South Florida has faced this season that isn’t currently ranked in the AP top 25. The Bulls have lost their last 16 games against FBS competition.
Prediction: Tulsa 24, South Florida 22

Miami (2-3) at North Carolina (3-3)
Saturday, Oct. 16 at 3:30 p.m. ET (ACC Network)
What was once thought to be the most important matchup in the ACC Coastal now features two teams just fighting to make a bowl game. Following a bye, Miami learned that quarterback D’Eriq King would miss the remainder of the season. North Carolina lost at home last week as a 17.5-point favorite against Florida State.
Prediction: North Carolina 33, Miami 24

Tampa Bay Buccaneers (4-1) at Philadelphia Eagles (2-3)
Thursday, Oct. 14 at 8:20 p.m. (FOX/NFL Network)
After losing to the Los Angeles Rams and winning a nail-biter over the New England Patriots, the Tampa Bay Buccaneers hope for their best road performance of the season on a short week. Quarterback Tom Brady passed for 411 yards and five touchdowns in last week’s win over the Miami Dolphins. The Philadelphia Eagles are looking for their first home win of the season.
Prediction: Tampa Bay 30, Philadelphia 17