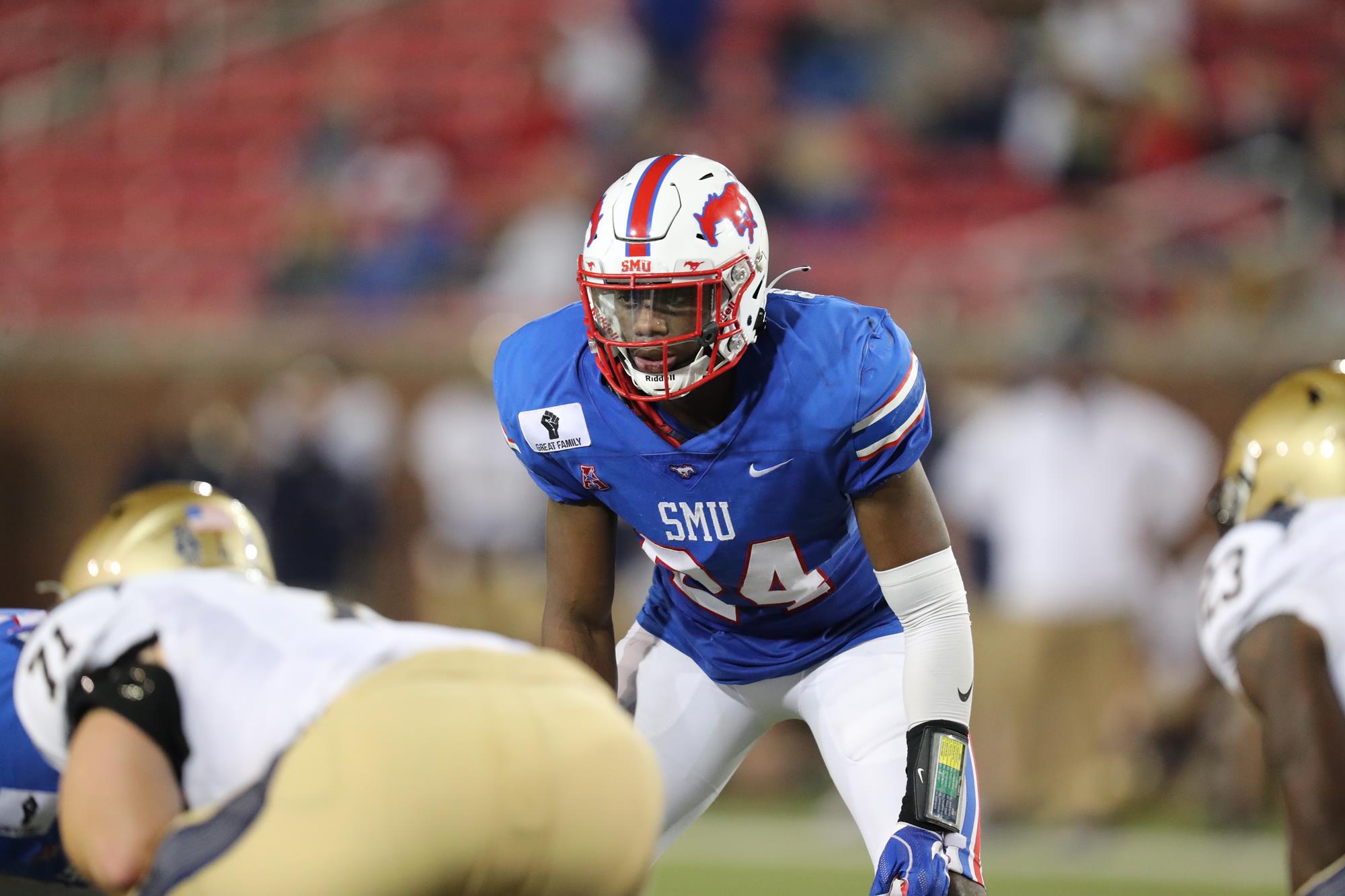 Linebacker Isaac Slade-Matautia is our first honorable mention. Most are aware of his play against Houston that defied rules of physics. In case you’re not, here you go:

In 2021, Slade-Matautia finished 11th on the team with 31 total tackles at SMU. He generally had an under-the-radar season, but made plenty of big plays. That is the definition of an unsung hero.

Guess who led the Mustangs in quarterback pressures in 2021 (and 2020)? The third-team guy.

This is not to take away from Levelston and Chatman — spoiler alert, but we’ll see them soon enough in a certain article about preseason MVPs — but Coxe has been an underrated performer despite being a four-year starter.

Here’s another guy who has spent the better part of all four years starting. Despite that, it seems like Jaylon Thomas has not been talked about. In his four years, he’s ranged from quality starter to all-conference at one of the most pivotal positions in football.

Guess how many sacks he’s allowed in the last two seasons?

Guess how many AAC offensive tackles have allowed three or less sacks since 2020 (minimum 500 snaps played in both years)?

One — Tyler Smith of Tulsa, the first-round pick for the Dallas Cowboys.

With all of the talk about Ulysses Bentley IV transferring from SMU to Ole Miss, many may not have realized that the leading rusher from 2021 is back.

Many may have forgotten what Xavier Jones did with Rhett Lashlee as the head coach. In case you don’t remember, we’re here to jog your memory: Jones led the country in rushing touchdowns and finished as the all-time leader in AAC history.

2022 is likely to have more running back by committee considering the cluttered room of Siggers, Camar Wheaton, Brandon Epton Jr., TJ McDaniel, Tyler Lavine, and Montaye Dawson, so leading the nation in rushing touchdowns is not exactly likely.

But make no mistake, in terms of production, Siggers is the head of the position group.

When it comes to Jimmy Phillips Jr., many continue to overlook the quality and consistency that he brings to the Mustangs.

Of the 43 AAC linebackers to have more than 250 snaps last year, no one had a better tackle percentage than Phillips, and he was tied for the least missed tackles overall.

Phillips finished last year with 60 tackles — second-most for SMU. But with Delano Robinson graduating, Phillips is the most productive returnee at linebacker for the Mustangs.

As far as off-ball linebackers go, Phillips is the most underrated in the conference heading into 2022, making him far and away the No. 1 choice for the unsung heroes for SMU.