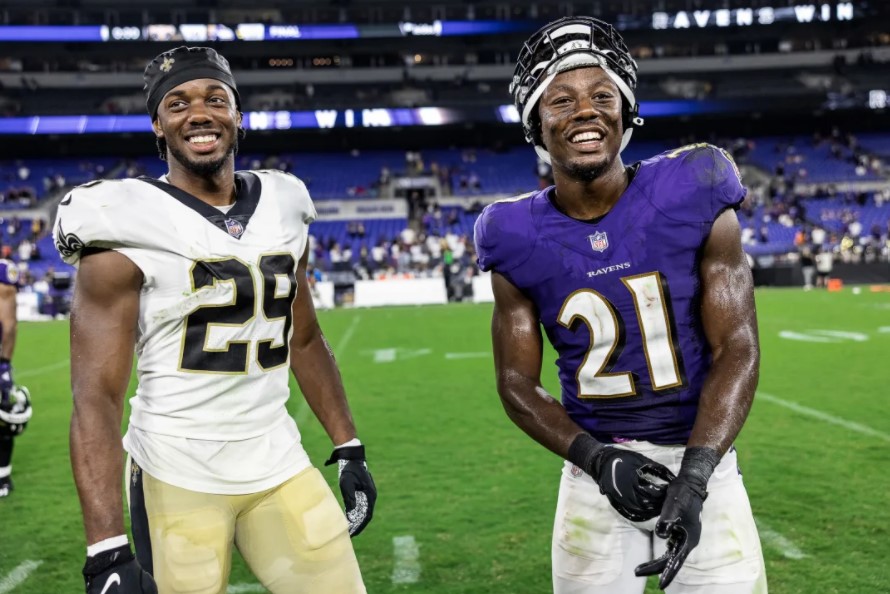 Well, we’re down to 19 former SMU Mustangs in the NFL for now.

12 of them saw action during the second week of the preseason.

Let’s see how they each did:

Pro Football Focus has Beachum with one quarterback hurry allowed out of seven total pass plays.

Overall, PFF assigned him a slightly below average grade of 58.5 in a 17-10 loss to the Kansas City Chiefs.

He finished with a 39.1 PFF grade and just one tackle.

Proche once again did not impress PFF at receiver. He received an offensive grade of 53.4 — up from 51.5 the previous week.

He hauled in both of his targets for six receiving yards in a 20-3 victory over the Carolina Panthers.

The Ravens played him at slot primarily. However, he did see a higher proportion of his 17 snaps out wide compared to last week.

He fielded four punts — two returns and two fair catches. His two returns went for 18 yards, with a long of 14. His return grade was an above average 61.6.

After primarily playing in the slot off the bench the first week, Stephens moved to play a majority of his snaps at safety as the starter.

He finished with two tackles, a quarterback hurry, and the only target his man received was an incomplete.

Against Carolina, Stephens was awarded a second consecutive above average grade — this time a 67.6.

Gilbert was 3-for-5 for 30 yards in his start against the Houston Texans.

He only saw two series for the Cowboys before Cooper Rush and Ben DiNucci played the remainder of the game.

This is a good sign that Gilbert is pretty comfortably the No. 2 quarterback for the Cowboys, who lost 20-14.

PFF was not a fan of his performance, however: it awarded him an offensive grade of 38.

Frank Ragnow did not play, so that allowed Brown to get the start at center for the Lions.

After a great performance last week, Brown took a step back this week in a 26-20 loss.

He was awarded a below-average grade of 46.5.

Scott had three tackles in a 23-14 loss to the New York Jets — two of which were considered stops, per PFF.

He now has six stops on eight tackles in the preseason. That’s a ratio of 75% – a number head coach Matt LaFleur and crew in Green Bay should be sure to take note of.

Granson struggled in the pass game against the Minnesota Vikings. He was targeted three times, and could not come down with a single one of them.

PFF denotes two of those incomplete targets as drops. Drops were a minor problem for Granson while in college – he had a drop rate of 11%. As a result, his offensive grade suffered: 31.

The silver lining is that his run blocking grade was 66.5. He clearly showed he could hold his own as an inline tight end in the 12-10 victory.

Buechele followed up a good Week 1 performance with a great Week 2 performance against Arizona.

He completed nine of 11 passes for 115 yards and his first passing touchdown in live-game action. He did throw an interception, but that did not prevent PFF from giving him a good passing grade: 77.1.

A 102.7 passer rating and 10.5 yards per attempt average are both impressive numbers for the undrafted rookie. Some Chiefs fans on Twitter even suggested that Buechele might actually threaten Chad Henne’s backup role.

Jones did get the most snaps of the running backs, with 47.

He also saw just under 75% of his time on pass plays — the highest rate of any Rams’ running back. We theorized that the Rams liked Jones’ versatility in the passing game after the way they used him in Week 1. This seems to have remained consistent this week.

His lone target was a reception for a 10-yard gain. Running the ball, he had 29 rushing yards on seven attempts with a long of 12 as the Rams fell to the Las Vegas Raiders, 17-16.

Lawler had a much quieter game this week after being all over the stat sheet last week.

He had just one tackle, and one quarterback hurry, per PFF.

His performance vs. Las Vegas earned him a slightly above average defensive grade of 64.6.

Wood played 11 snaps, earning a grade of 65 in Monday’s 23-21 win over the Jacksonville Jaguars. This brings his preseason long snapping grade up to 63.

That’s solid improvement after earning a grade of 58.5 last week.

Rodney Clemons – Kansas City Chiefs, S (DNP – Unsure). Given the fact that there are another round of cuts on Aug. 24, this might be a bad sign for Clemons. It would only cost the Chiefs $3,334 to cut Clemons.

SMU Players of the week: