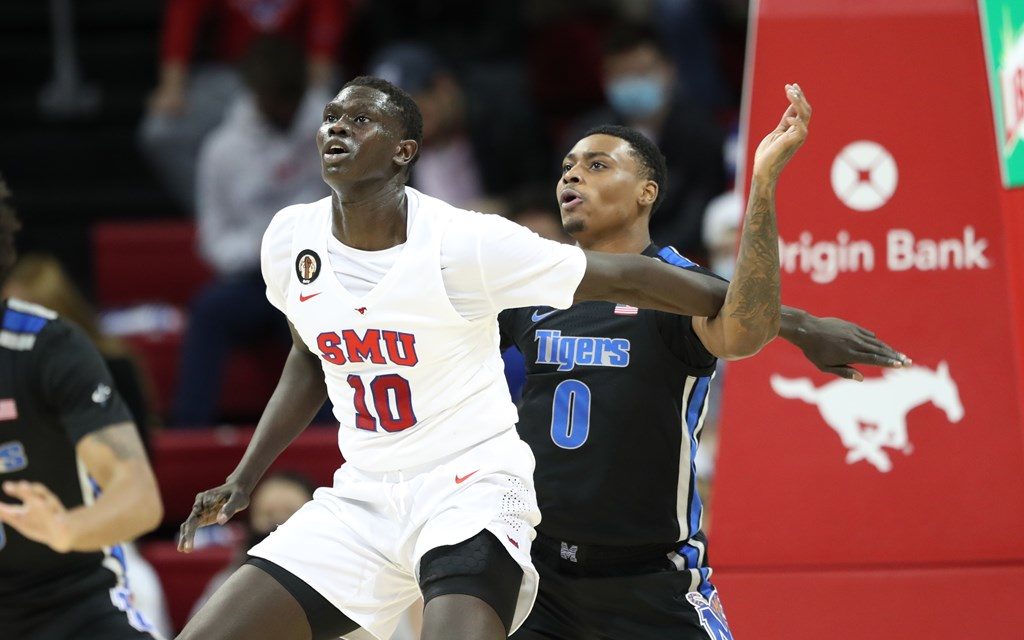 An SMU big man will be leaving the American Athletic Conference for the Big East.

Just before 6 p.m. ET on Monday, Jon Rothstein reported Yor Anei’s intentions to transfer to DePaul from SMU. He will likely have to sit for a year, as this is his second time transferring.

Who are the Blue Demons getting? We examine:

A member of the class of 2018, Anei held offers from just four Division I programs: Oklahoma State, Central Arkansas, Denver, and UAB. The 6-foot-10 big man from Overland Park, Kan. decided to commit to the Oklahoma State Cowboys.

Overall, he had a respectable career with Oklahoma State, averaging 7.9 points, 4.8 rebounds, and 2.3 blocks per game. Perhaps more impressive were his per 40-minute stats, a sign of his impact when he was on the court: 15.9 points, 8.2 rebounds, and 4.5 blocks.

In short, offensive and defensive rating are how many points are scored per 100 possessions with the player on the court. Generally, the average number in any given year is somewhere between 103 and 108 for both offense and defense. In other words, Anei was a net positive on both ends of the floor with the Cowboys, but especially defensively.

Following the 2019-20 season, Anei entered the transfer portal after the Cowboys received a one-year postseason ban that has yet to be enforced. Ultimately, he’d choose SMU — a school expected to make the 2021 NCAA Tournament.

With SMU, Anei was rarely 100%. He missed some time at the beginning of the season with a wrist infection. Then he missed the final two games of the regular season for “personal” reasons.

It’s possible this was COVID-19 related, as the timing did coincide with one of the few breaks SMU was forced to take. The timing just never seemed to fully click, although it was most likely an unfortunate fluke.

When he did play, Anei was just as good as when he was with Oklahoma State. His minutes per game decreased, so understandably his per game stats also took a hit. But his stats per 40 minutes only got better — a sign that Anei is still improving as a basketball player.

Most importantly for DePaul fans, his offensive rating improved to 115.5 and his defensive rating stayed solid, at 95.9. In other words, an already well-rounded player got better on both ends of the court.

The biggest area that limited Anei’s ability to thrive that was within his control? Foul trouble.

Anei is one of seven members of the 2020-21 SMU men’s team to enter the transfer portal and the fourth of four transfers for DePaul.

So, in summation, what is DePaul getting?

Anei is a great help-side defender, which goes with being an excellent shot blocker.

Anei has a good mid-range game on offense, and is a reliable lob catcher. That makes him a versatile option in either the pick-and-roll or pick-and-pop.

He was in the top 10 for offensive rebound percentage of the Big 12 both years with Oklahoma State.

Anei should be an all-around great rotational piece. DePaul fans should be excited.

Anei has to limit foul trouble. As they say, the best ability is availability.

There are some injury concerns after the 2020-21 season, although these were likely the type of freak injuries that will not crop up again.

Anei does not stretch the floor in a significant way. He is a career 2-for-10 from 3-point range.

It does however, appear that he’s been trying to incorporate it into his game. He went from not shooting any 3s, to trying less than 0.1 per game, to trying seven in only 11 games.

Free throws attempted and rebounding, especially defensive rebounding, were down considerably with SMU. It’s possible however, that the change in system is partially to blame. 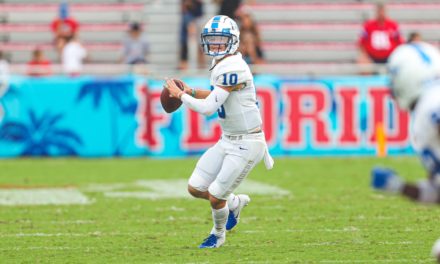 We Have Football: Middle Tennessee Preps to Open Season at Army 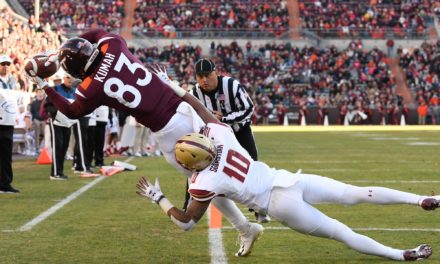 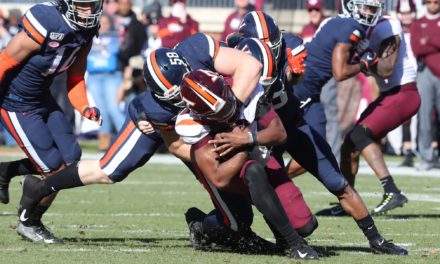