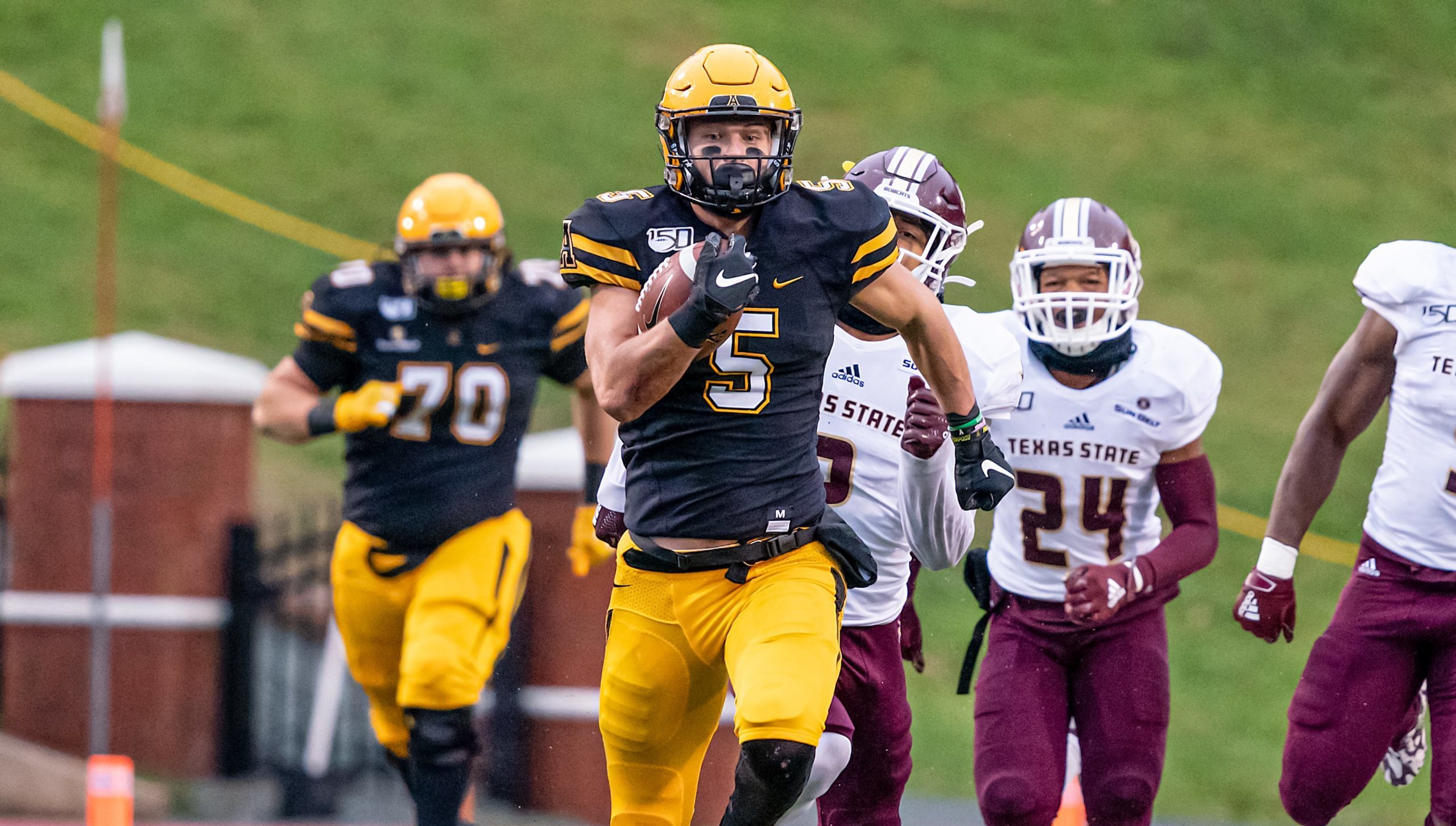 The city of Charlotte is about to be overflowing with football (and mayonnaise) with two neutral-site games at Bank of America stadium in uptown Charlotte, and another non-mayo-related game 11 miles up the road with Duke visiting Charlotte on Friday night.

While most of the college football world will be waiting on the heavyweight clash between Georgia and Clemson on Saturday, don’t discount the contest between East Carolina and Appalachian State set for Thursday night.

Two former Southern Conference foes will finally meet as FBS equals in a series that Appalachian State leads 19-12. ECU has dominated the series recently with six straight wins, including four straight from 1976 to 1979. The Pirates won the two most recent games in 2009 and 2012.

A Disappointing 2020 for Both Teams

A 9-3 season is not usually described as disappointing. However, that is exactly how most App State fans would describe the 2020 season. Seeing Louisiana and Coastal Carolina become media darlings after the Mountaineers had dominated the Sun Belt from 2016 to 2019 was tough. Several injuries to key position groups, as well as the leading conference receiver in touchdowns opting out for the season was too much for the Mountaineers to overcome.

Louisiana (1-8) and Coastal Carolina (1-6) finally got their first wins against Appalachian State and would go on to split the conference title. The Mountaineers lose a 3-year starter at quarterback in Zac Thomas and bring in Clemson and Duke transfer Chase Brice. Several key players have opted to return for their fifth year, as well as star receiver Corey Sutton, who opted out of the 2020 season.

Brice will have much better options at the skill positions than he ever had at Duke. The defense that was ninth in the country at defending the pass, returns nine starters.

ECU had a more traditionally disappointing 2020 season, going 3-8. However, there was a redeeming win against SMU to finish conference play. The only other two wins came against American Athletic Conference bottom dwellers in South Florida and Temple.

Offense was never really the issue aside from a few too many turnovers. The Pirates averaged 30 points per game and 400 yards per game. The biggest issue for them will be shoring up defensive holes, especially against the run.

Opponents ran for an average of 201.3 yards against ECU in 2020, putting it at 98th in the country. The Pirates’ depth chart shows a good bit of younger players but that won’t necessarily be a deal-breaker.

App State and ECU renew their in-state rivalry on Thursday on ESPNU. The line opened with Appalachian State as a 13.5-point favorite. That has since dropped to about 10.

The biggest question mark on how App State performs — and it is a big one — is how Brice will perform after his second transfer. After an abysmal season at Duke, which Brice will the Mountaineers be getting? The former 4-star recruit that was Clemson head coach Dabo Swinney was very high on who (understandably) lost out to Trevor Lawrence? Or the Duke quarterback who threw for 15 interceptions and had several fumbles?

If Brice limits his interceptions and App State runs the ball like it did last year, this game will go to the Mountaineers. If ECU is able to stack the box, shut down the running game, and force Brice to make the same mistakes as last year, the Pirates will be in a much better position to win.

This will be a defensive showdown. App State’s more seasoned offense will pull ahead late in the game and win by double-digits. The Mountaineers have too many veteran weapons for the younger Pirate secondary to keep track of, and cracks will be evident.

The Mountaineers will wind the clock with their stable of running backs and will be well on their way to having another 1,000-yard rusher for the 10th straight year.

[…] The opponent in Charlotte — if you even want to call them that — will be East Carolina. On Wednesday, we offered you an unbiased preview of the contest. […]