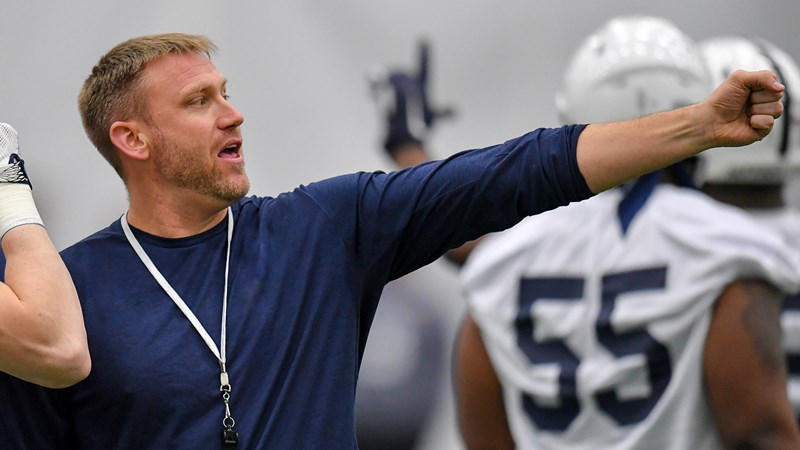 The newcomers have received their numbers in advance of a highly-anticipated 2020 season, the first one under new coach Ricky Rahne. We’ve been going through them five at a time.

Here are the final seven, in numerical order:

Ford, out of Varina High School (Richmond, VA) is a local kid, who is staying home to help build something special at ODU. Ford was a three-star recruit with a 247Sports composite of .8105. He the 50th-ranked player in the state.

Hunter, a tackle in high school, also played basketball. He was a two-star recruit and had a 247Sports composite of .7897 — good for 76th in program history.

Hunter was the 105th-ranked player in North Carolina. He chose ODU over Appalachian State, Coastal Carolina, and Colorado State.

Saunders is a future star.

The big, beefy, offensive lineman comes to ODU as a three-star recruit and his .8469 247Sports Composite is fifth all-time in program history. It’s also the highest of any offensive lineman or non-skill position player in ODU history.

Lester, a three-star recruit out of Bluefield, on the Virginia/West Virginia border, helped his high school to the state semis and an 11-3 record as a senior. Over his high school career, Lester was the 54th-ranked player in the state by 247Sports and had a composite score of .8091. That’s good for 44th in program history.

Lester chose the Monarchs over Coastal Carolina and App State.

Wallace, a three-star, is one of the five highest-ranked defensive tackle recruits in program history; his .8193 composite score is the 28th-highest in program history. He was the 44th-ranked recruit in Maryland.

Wallace played in the International Bowl on the USA Under-19 team.

Duane has a lot to live up to. Previous Monarchs punter Bailey Cate routinely buried teams deep in their own territory, but Duane should be up to the challenge.

Hunter comes to ODU as the 12th-ranked recruit in Washington D.C. with a 247Sports composite score of .8317. That’s good for 13th-best in program history and is the best score ever for an ODU defensive tackle.

The three-star recruit had 65 tackles and eight sacks as a senior and is one of the cornerstones of the 2020 class. Hunter was the fifth-highest ranked recruit in the class, according to the Composite rankings.